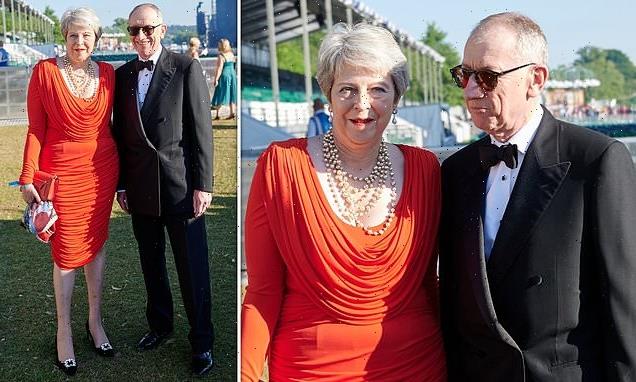 She took a huge swipe at Boris Johnson this afternoon as she tore into the Partygate scandal and his Brexit plan for Northern Ireland at exactly the same time as the Prime Minister was resigning.

But Theresa May appeared to leave today’s political drama behind her as she stepped out at the Henley Festival in Oxfordshire, alongside her husband Philip, 64.

The 65-year-old, dressed in a bright orange frock, posed up a storm when standing alongside her partner, with the pair wearing matching smiles. 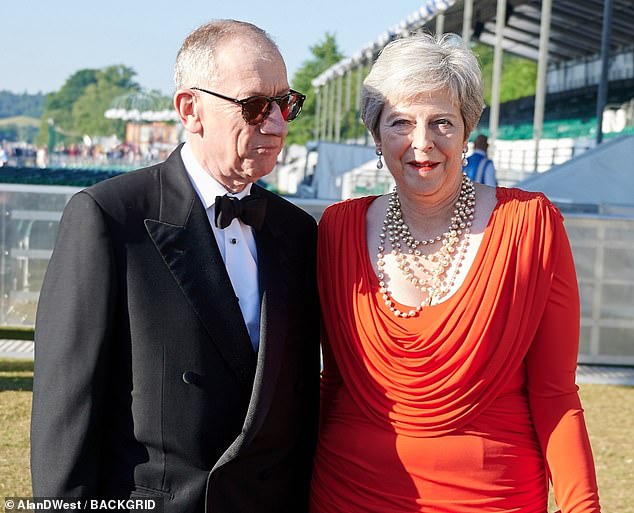 Theresa May appeared to leave today’s political drama behind her as she stepped out at the Henley Festival in Oxfordshire, alongside her husband Philip, 64 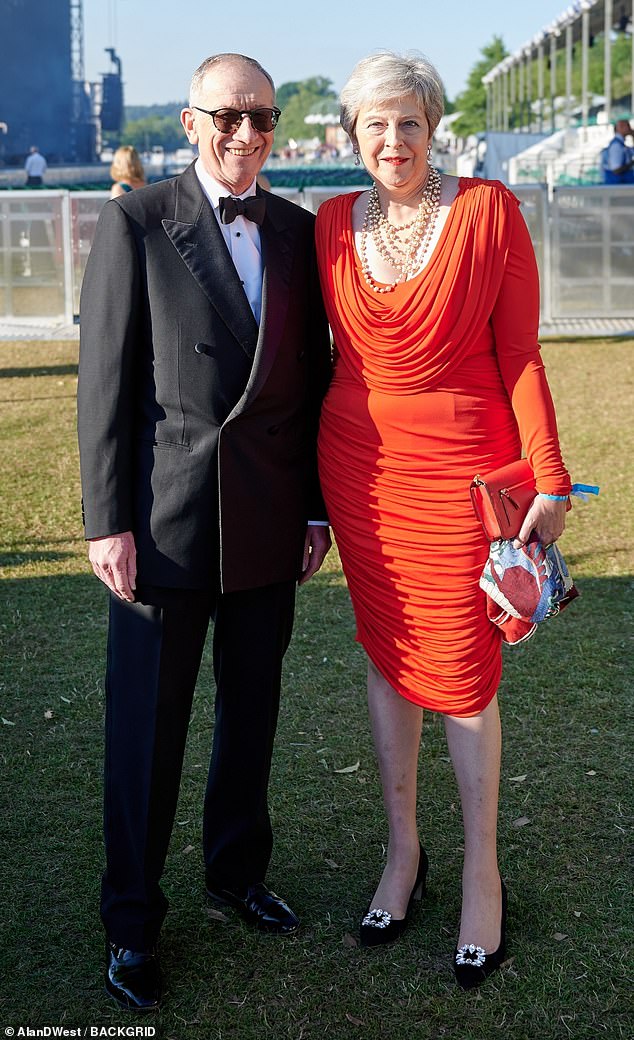 The 65-year-old, dressed in a bright orange frock, posed up a storm when standing alongside her partner, with the pair wearing matching smiles

Theresa paired the long-sleeved dress which was ruched at the waist with a matching leather-look clutch bag. She also wore a pair of black court stilettos.

Theresa was all-smiles at the annual Henley Festival, which runs from 6-10 July this year, and uses the same facilities as the Henley Regatta, and follows the boating event in the following week.

Earlier in the day, the former premier, who was toppled from power by efforts led by Mr Johnson, could be forgiven for appearing gleeful as she spoke simultaneously as the PM announced his own exit in Downing Street.

Giving a lecture at the Institute for Government, Mrs May warned Mr Johnson he would have to ‘restrict’ himself during his final weeks in office – with the PM planning to remain in power until a new Tory leader is elected.

It has been claimed that Mr Johnson is plotting a raft of radical policy announcements as he sees out his time in Number 10, which has increased angst among rebel Conservatives about his plan to hang around. 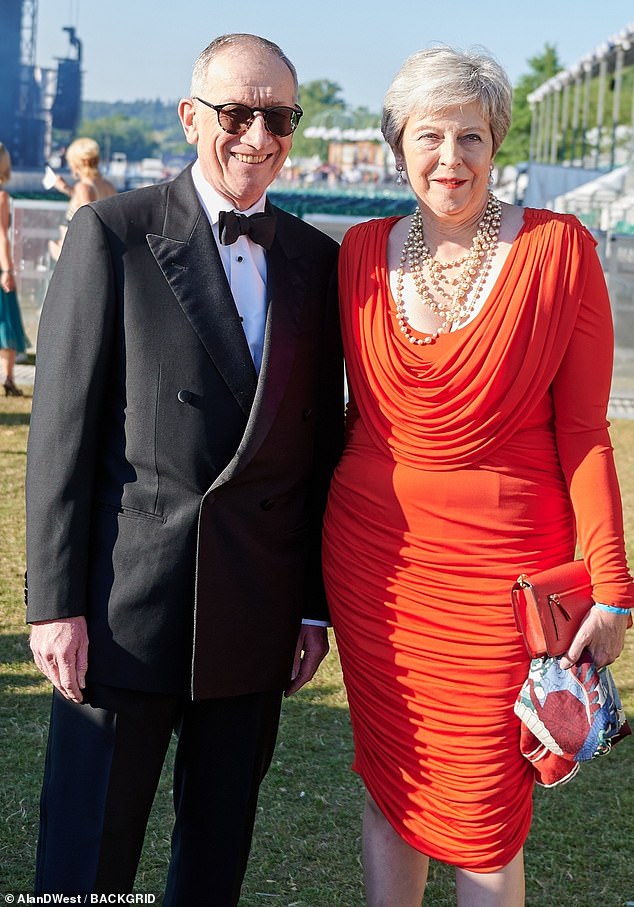 The former Prime Minister, who is still MP for Maidenhead, appeared to forget the political drama of the day as she appeared at sunset 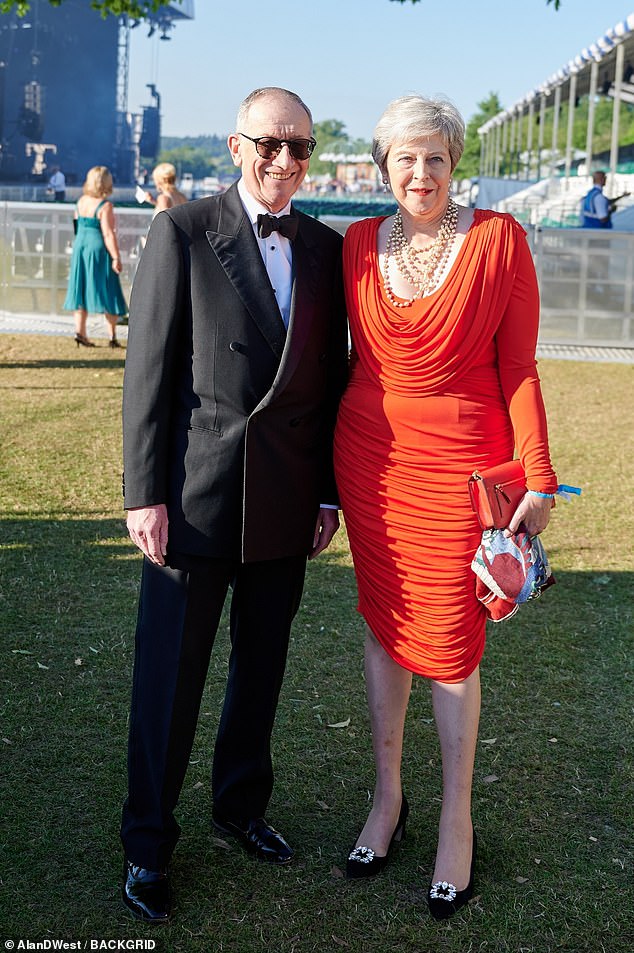 Theresa donned her gladrags after making an emotive speech at the Institute for Government earlier today in which she paid tribute to her former cabinet minister James Brokenshire, who passed away from lung cancer last October

Some have suggested Deputy PM Dominic Raab – or even Mrs May herself – could be drafted in as an interim PM, while a new Tory leader is elected, in order to see Mr Johnson out of Downing Street as soon as possible.

But Mrs May laughed off those claims today, adding: ‘I don’t think there’s going to be a caretaker PM in the sense of someone else coming in to that role.’

Giving a lecture in tribute to former Tory Cabinet minister James Brokenshire, who died from lung cancer in October last year, Mrs May spoke of her own experience in resigning as PM.

She announced her departure in May 2019, but did not formally leave office until July that year when Mr Johnson was elected as her successor as Tory leader.

‘You have to restrict yourself in what you do in that period of time,’ Mrs May said of that period. 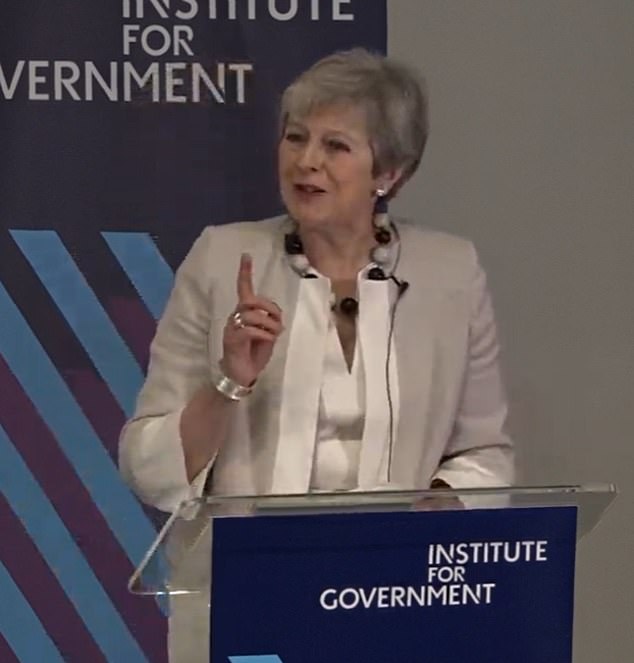 ‘The one thing I was able to do was the climate change net-zero legislation because it had consensus across the House – it wasn’t a contentious issue so it was possible to put that legislation through.’

The theme of Mrs May’s address was public service and the ex-PM made light of the circumstances in which she was making her speech.

‘What a week in which to hold this lecture!,’ she said. ‘But, for the avoidance of doubt, this is the speech I would have given regardless of circumstances.’

Mrs May, who has often been spotted at Lord’s cricket ground and is a huge fan of Geoffrey Boycott, paid tribute to the ‘nation’s greatest sport’ as she drew a comparison between playing the game and political life.

‘In cricket, it’s not enough to avoid breaking the rules,’ she said. ‘In fact the game requires adherence to its traditions as much as its laws.’

She added: ‘In politics, of course, playing by the rules means following the law.’ 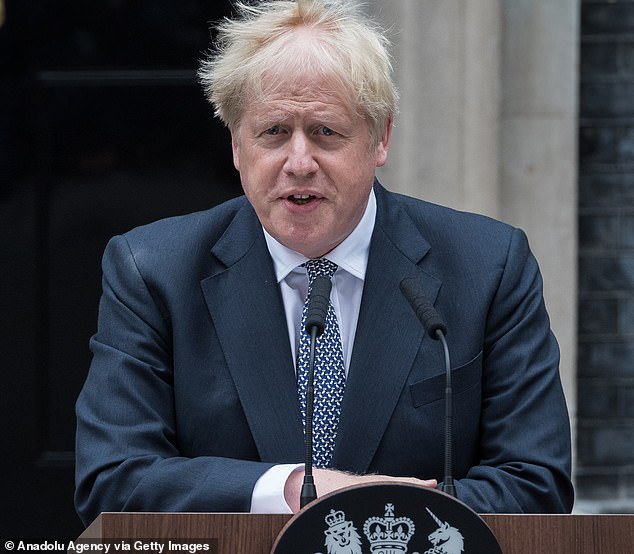 The ex-PM continued her assault on Mr Johnson’s plan to rip up key parts of the Northern Ireland Protocol, which is claimed to be a breach of international law.

She warned the Government that there would be ‘real efforts’ by the House of Lords to alter ministers’ planned legislation on overhauling the Protocol.

Mrs May also continued her attack on Mr Johnson over the Partygate scandal, which she claimed had reinforced views that politicians saw themselves above the rest of the public.

She said: ‘The incidents shown to have taken place during the pandemic in Downing Street and Whitehall over the last two years have done little to dispel these perceptions of excess and exceptionalism at a time when the rest of the country was making sacrifices.

With the Tories now set to choose a fourth PM in six years, Mrs May called on the new Conservative leader to ‘unite the country’.

‘I fear that what has happened in recent years overall is that we have seen people becoming increasingly polarised. We need to see a PM who is going to actively work to unite the country and to heal that division. That can help as part of the restoration of politics.’