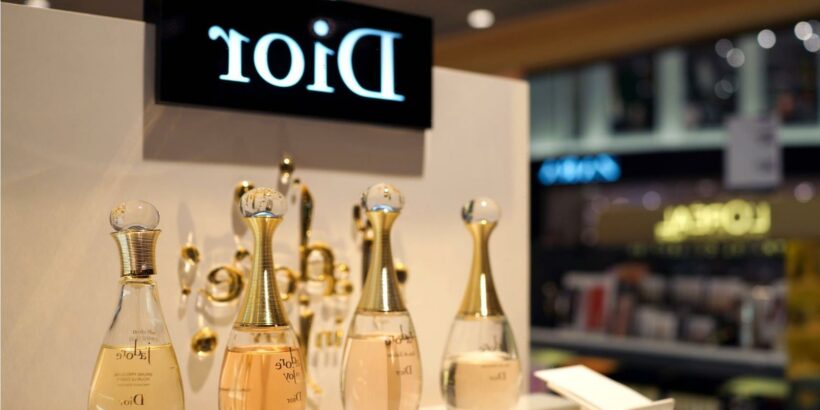 Christian Dior founded the French fashion brand Dior in 1946 and, a year later, made its first runway debut with ready-to-wear haute couture looks from his collection. The brand became an instant success due to its form-fitting designs that brought a new wave of fashion to the industry. Several creative directors have taken over the fashion house and brought new concepts with their expertise. When the brand became global in the 1980s under Marc Bohan and Gianfranco Ferré, it started endorsing celebrities to represent the fashion house. Isabelle Adjani was one of the first influential figures to represent the brand in its print advertisements and campaigns and brought Dior to a global audience.

Various celebrities have represented the brand over the years, from Charlize Theron for its iconic perfume to Cara Delevingne for the makeup and skincare line. One of the most exclusive and elegant fashion houses, Dior pays millions for celebrities to star in their campaigns. Let’s take a look at Dior’s most expensive brand endorsements to date.

2021 was a breakout year for Anya Taylor-Joy as she won several awards for her performance in The Queen’s Gambit and made heads turn on the red carpet. The actress was seen favoring Dior, and in October 2021, she was announced global ambassador for fashion and make-up, as noted by Harper’s Bazaar. While the details of her contract are yet to be released, Taylor-Joy is expected to earn more than $1 million per year for her deal.

A beauty ambassador for Dior, Cara Delevingne became the face of Dior’s jewelry Dior Joaillerie line in 2019. Her long-standing partnership also includes being the face of Dior Beauty. She has launched several campaigns and products under the brand, including a Dior Lip Glow and an anti-aging skincare line called Capture Youth. The actress is reportedly paid $1.5 million per year for her partnership.

RELATED: These Are Cara Delevingne’s 10 Most Expensive Outfits

Elegantly ethereal Marion Cotillard became the face of Lady Dior Bags in 2008. Her relationship with the French fashion house was steady until the partnership ended in 2017. Along with starring in print ads for Dior, she was captured by exclusive photographers like Annie Leibovitz and Peter Lindbergh. According to Elle, Cotillard was paid $1.5 million per short film for Lady Dior. Her most notable short films are L.A.dy Dior, Lady Rouge, Lady Blue, and Lady Noire.

One of the youngest faces that represent Dior, tennis sensation Emma Raducanu was only 18-years old when she inked a multi-year deal and became the face of Maria Grazia Chiuri’s womenswear collection and the face of the brand’s skincare and makeup lineup. As per the contract, Raducanu is paid $2.75 million for starring in the print advertisement and commercials for Dior.

Johnny Depp entered the realm of fashion when he became the face of Dior in 2015. The fashion brand introduced a new men’s scent after a decade that year with Dior Sauvage and chose the ruggedly handsome actor for its ad campaigns and print advertisements. As mentioned by The Guardian, Depp is paid upwards of $5 million for the brand endorsement and has been actively seen in the adverts even today. The sales spiked after the actor became the face of the new fragrance line.

Robert Pattinson replaced Jude Law in 2013 as the new face of Dior Homme perfumes. Embodying the bold yet irresistible persona, Pattinson’s campaign short films have been some of the most popular advertisements by the fashion house. The actor was paid $12 million for a three-year contract. In 2016, he also became the ambassador for Dior Ready-To-Wear designs and was photographed by legendary figure Karl Lagerfeld. In 2021, he returned for the Dior Homme campaign with a short film called I’m Your Man.

Jennifer Lawrence brought a fresh wave of energy when she inked a deal with Dior in 2014. The three-year $15 million contract paid her $5 million annually, and she became a global ambassador and the face of the beauty and accessories campaigns. She took over from Marion Cotillard for the Lady Dior bags and advertised the perfume Joy by Dior and the make-up line. Her contract also demanded that the actress exclusively wear gowns by the fashion house for any red carpet event.

The most expensive brand endorsement deal Dior has ever presented, Charlize Theron, inked a long-term eleven-year deal that was valued at $55 million, wherein she was paid $5 million per year, as reported by Scmp. She became the face of J’adore Dior perfume after her performance in the 2003 movie Monster. Theron has starred in several campaigns for the perfume and still advertises for the brand, and wears couture outfits by Dior on the red carpet.

Other notable celebrities who are the face of Dior include Natalie Portman, Elizabeth Debicki, Jisoo from Blackpink, and Yara Shahidi. Under the creative director Maria Grazia Chiuri, Dior has evolved its elegant style and made a strong influence on the audience. Through its celebrity endorsements, the fashion house has increased its reach everywhere in the world.

READ NEXT: Inside Rihanna And ASAP Rocky’s Beverly Hills Mansion