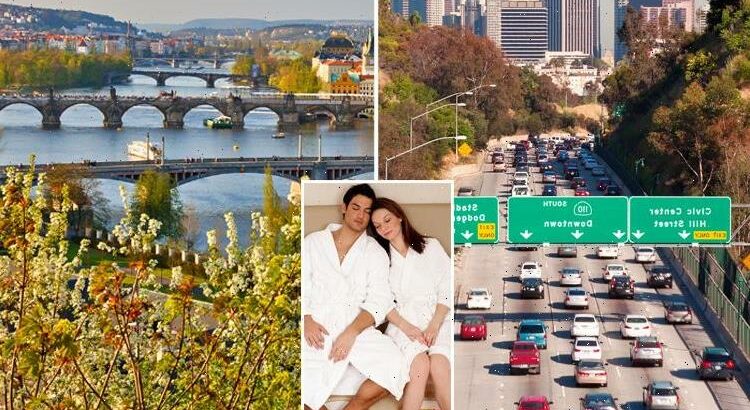 Turns out, it’s a lot more expensive to be romantic if you come from California.
New research shows that LA is the priciest place in the world to be soppy, while Prague is the cheapest. 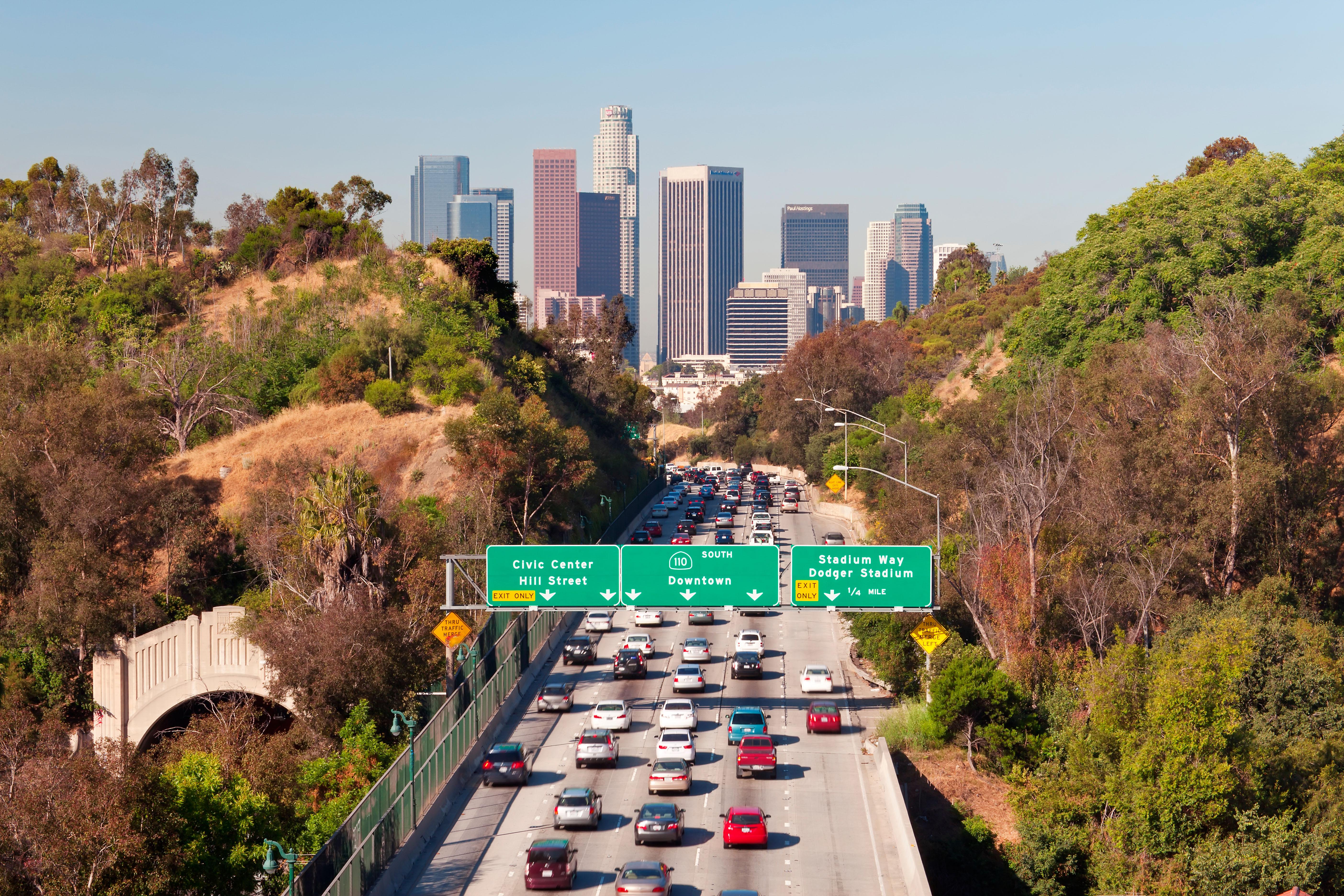 The study, undertaken by Bloomy Days, looked at the costs of various romantic in 50 cities worldwide.
It totted up the average cost of a trip to the cinema, a dozen red roses, entry to a spa, a meal in a Michelin star restaurant, and a night in a 4-5* hotel.
Los Angeles was by far the most expensive city, with all of the items totalling £1,081, while Venice was second place with a cost of £884 and New York was third with the total costing £868.
Meanwhile, Prague was the cheapest city on the list with a romantic needing to fork out £377 for all of the items, followed by the Irish city of Cork at £399 and Madrid with £435. 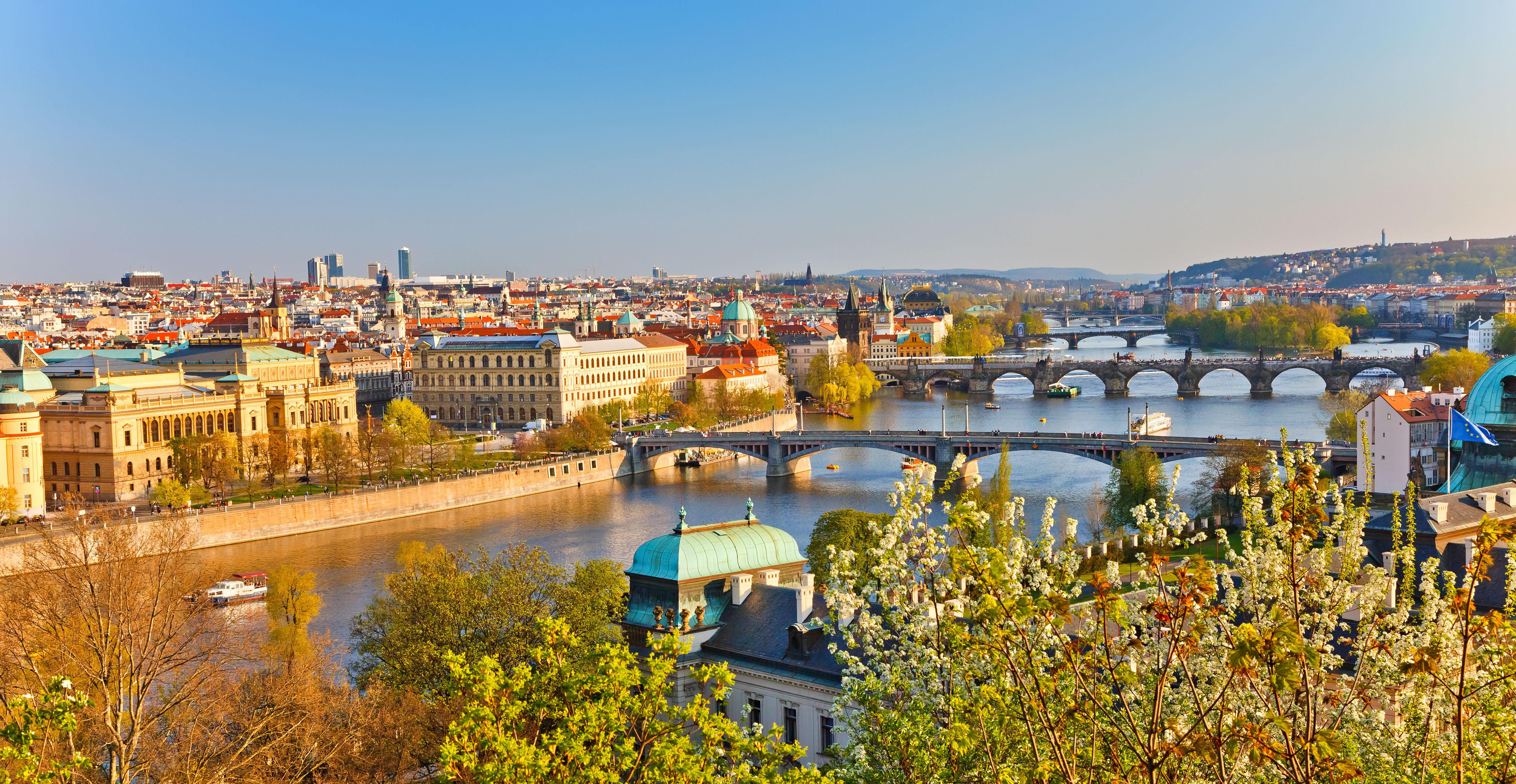 That means that you could pull out all of the stops for a romantic long weekend in Prague, for the same price of one night in Hollywood.
In the UK, the cheapest city was Belfast, with a day of romance costing £464, shortly followed by Cardiff with £468. 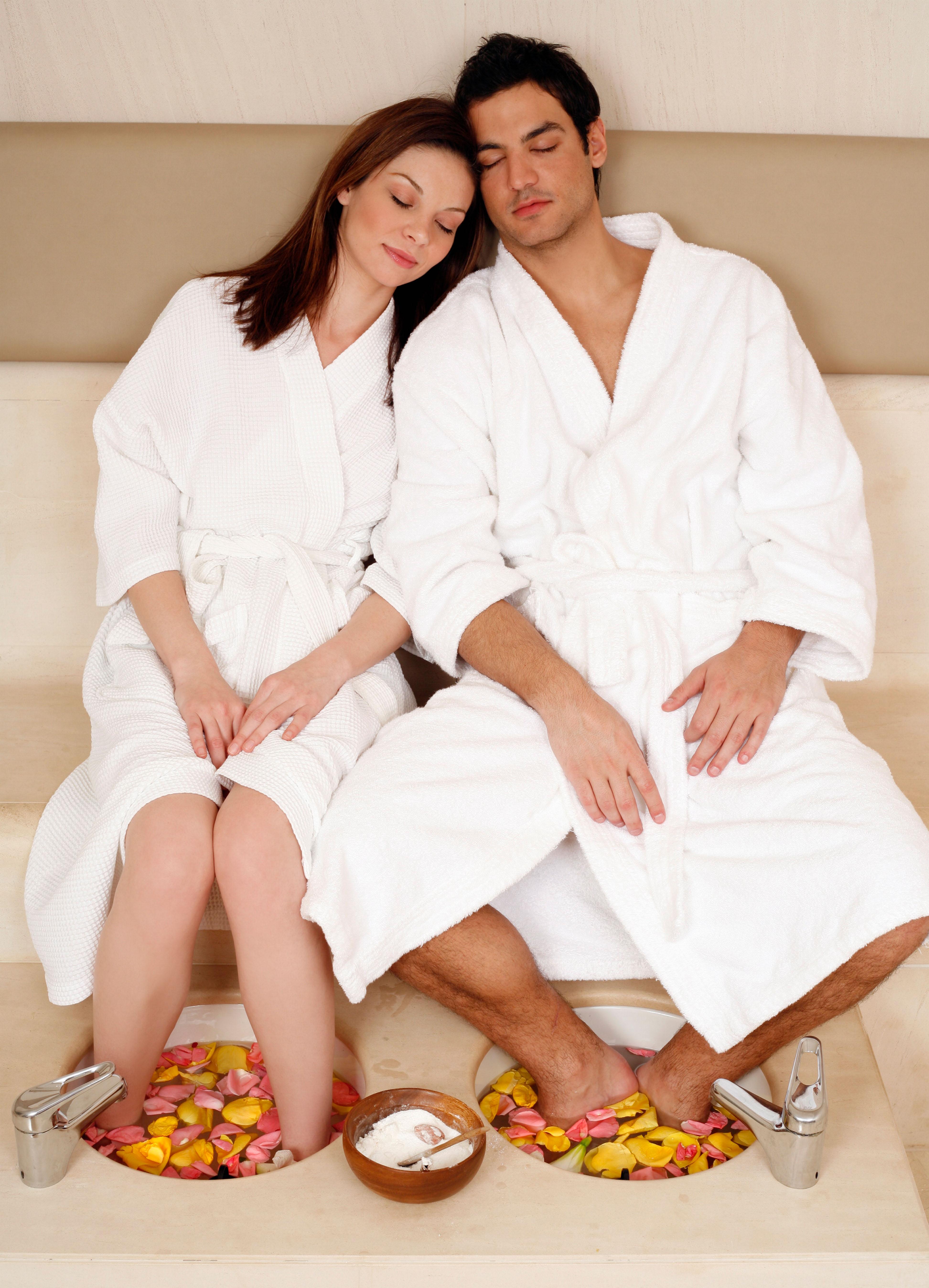 Unsurprisingly, some of the most popular cities in Europe weren’t cheap – a trip to London cost £653 and a day out in Paris cost £569.
The study also broke down the costs, showing how much each item individually.
They showed that a dozen red roses was cheapest in Cape Town, priced at £18.25, and most expensive in Sydney, where they cost £75.38.
Meanwhile, a day at a spa in Toronto was a bargain at a cost of £44.02, compared to £117.56 per person in Copenhagen. 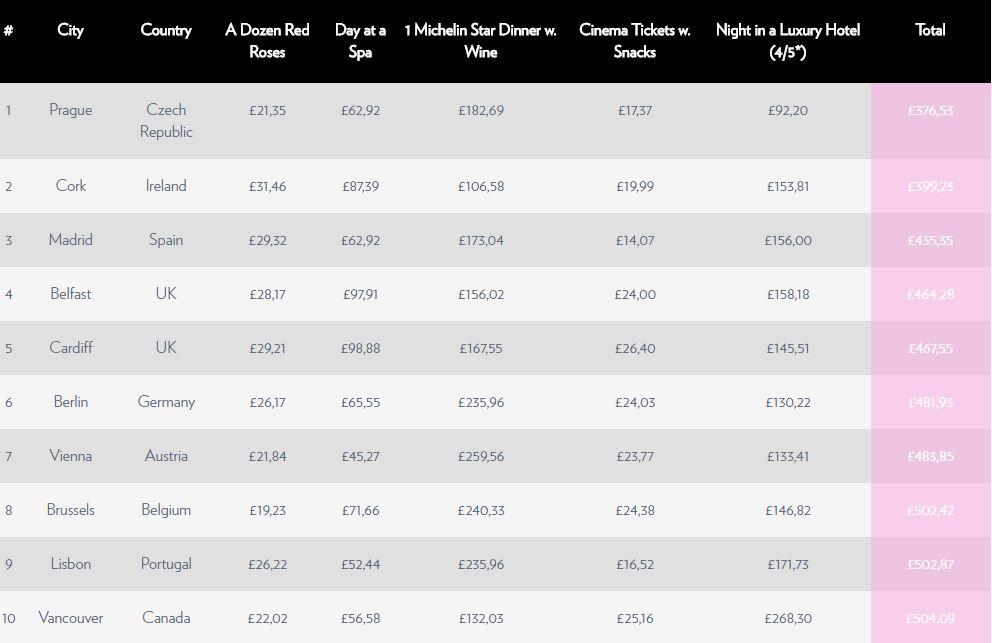 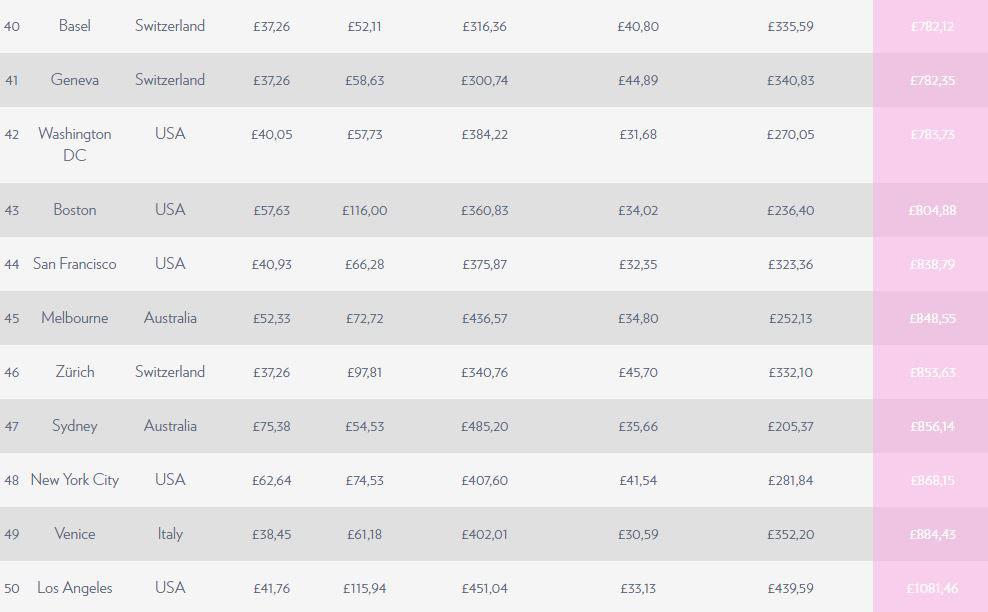