Hot sauce, like a few other things I could name, makes everything better — but in the eyes of the public, it seems that not all hot sauces rank equally. In honor of National Hot Sauce Day, which is set to occur on Jan. 22, Instacart took a look their data to see what the hot sauces people like the most are, according to Food and Wine; and, well… let’s just say that people have a lot of strong feelings about hot sauce.

I’ll be honest: There aren’t a ton of surprises on the list. Anything you think might be there, probably is. In the top 10, the sauces all tend to fall under a couple of categories: Sauces made in Louisiana, sauces that originate in Mexico, sauces that were developed in Texas, and sauces that come from East Asian countries. Although each of these geographic areas is known for their love of spice, they also all have their own unique twist on hot sauce; as such, you’ll find a pretty wide variety of options and taste preferences represented here.

National Hot Sauce Day, by the way, is celebrated annually on Jan. 22 — but there’s virtually no information available about who started it or when. According to the National Hot Sauce Day website, it was created by “a group of hot sauce aficionados that prefers to remain anonymous”; there’s no mention of when the first observance was, though, and the “holiday” isn’t registered with the National Day Calendar.

Ah well. We don’t need to know who started National Hot Sauce Day to enjoy it, so here are the top five most popular hot sauces, per Instacart; head here for the full top 10: 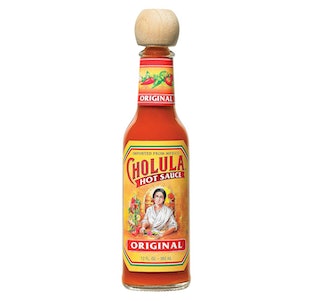 As a longtime Cholula devotee, I am absolutely satisfied with it being the number one most preferred hot sauce according to Instacart’s data. Named for the city of Cholula, Puebla — which, with a founding date of somewhere between 800 and 200 B.C.E., is considered to be Mexico’s oldest continually inhabited city — Cholula Hot Sauce is reportedly made from a recipe that’s about 100 years old; however, although it has long enjoyed a great deal of popularity in Mexico, it wasn’t first exported to the United States until 1989, according to The Spruce.

The sauce gets its kick from arbol and piquin or pequin peppers and rates about 1,000 heat units on the Scoville scale. 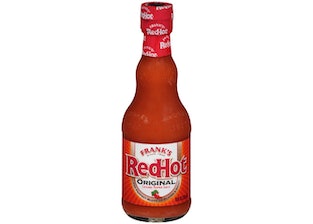 If “buffalo wings hotness” is more your speed than “enchiladas and tacos hotness,” Frank’s RedHot being number two should make you happy. It does still have something in common with Cholula, though: The recipe is about 100 years old. In 1918, Jacob Frank and Adam Estilette teamed up to develop what would eventually become Frank’s RedHot; by 1920, they had perfected the recipe, and Estilette’s Louisiana-based pickling plant began producing bottles of the stuff. Rumor has it that the very first batch of buffalo wings, which were created by Buffalo bar owner Teressa Bellissimo in 1964, were made with Frank’s RedHot, according to Thrillist.

Frank’s RedHot uses cayenne as its primary form of spice, but the original version of the sauce isn’t actually that hot; it’s only about 450 Scoville Heat Units (SHU). the XRA Hot version ups the ante to 2,000 SHU. 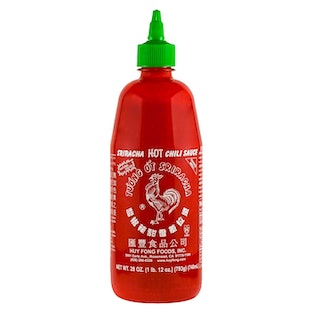 Taking the number three spot, we have Huy Fong Foods’ iconic chili garlic sauce — which, interestingly, is actually a twist on an entirely different condiment. According to the LA Times, the original sriracha sauce is thought to have been created in Thailand by Thanom Chakkapak; it gets its name from the location in which it was made — Sri Racha. That siracha is currently sold under the name Sriraja Panich. Huy Fong Foods’ version, meanwhile, has its roots in Vietnam; Huy Fong Foods creator David Tran made his first sauce, Pepper Sa-te, in 1975. He branched out into more sauces after emigrating to the United States a few years later, and in 1980, Huy Fong Foods’ Sriracha was born.

Chili, garlic, and sugar give this sauce the spicy sweetness for which it’s known. It ranks between 1,000 and 2,500 units on the Scoville scale. 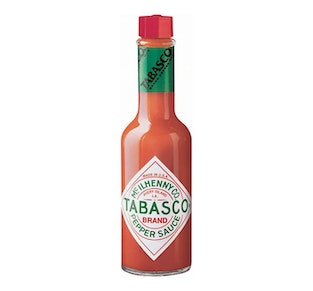 You didn’t think Tabasco would be left off the list, did you? It comes in number four in popularity. Like many of the other offerings seen here, Tabasco has a long history: McIlhenny Company was founded by Edmund McIlhenny in 1868 in Louisiana — and the company remains family-owned and -operated to this very day. McIlhenny launched the pepper sauce he called Tabasco soon after he established the company and, well… the rest, as they say.

The sauce gets its name from the type of pepper that gives it its heat: The tabasco pepper. On the Scoville scale, the original Tabasco typically measures between 2,500 and 5,000 SHU. 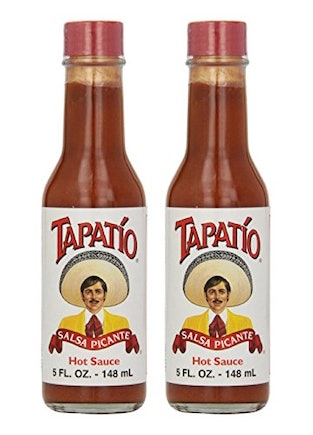 And rounding out the top five, we have Tapatio. Like Huy Fong Foods’ Sriracha, Tapatio is a more recent creation; founder Jose-Luis Saavedra started the company up in 1971. According to Saavedra’s son, Luis, the sauce was originally called Cuervo; Saavedra’s wife Dolores had been a Cuervo — yes, of that Cuervo family. A couple of years in, though, the hot sauce company was sued over the name, Luis told The Hundreds in 2014, so the decision was made to change the name. After a few false starts, Saavedra arrived at Tapatio in honor of his kids, who had all been born in Guadalajara, Mexico. (The word “Tapatio” refers to people or things originating in Guadalajara, according to Luis.)

It’s clear exactly which kind of hot pepper is used to make Tapatio; the ingredients label only lists “red peppers.” According to the website Pepper Scale, possible options include tabasco, cayenne, piquin, and/or arbol peppers. The sauce rates about 3,000 SHU.