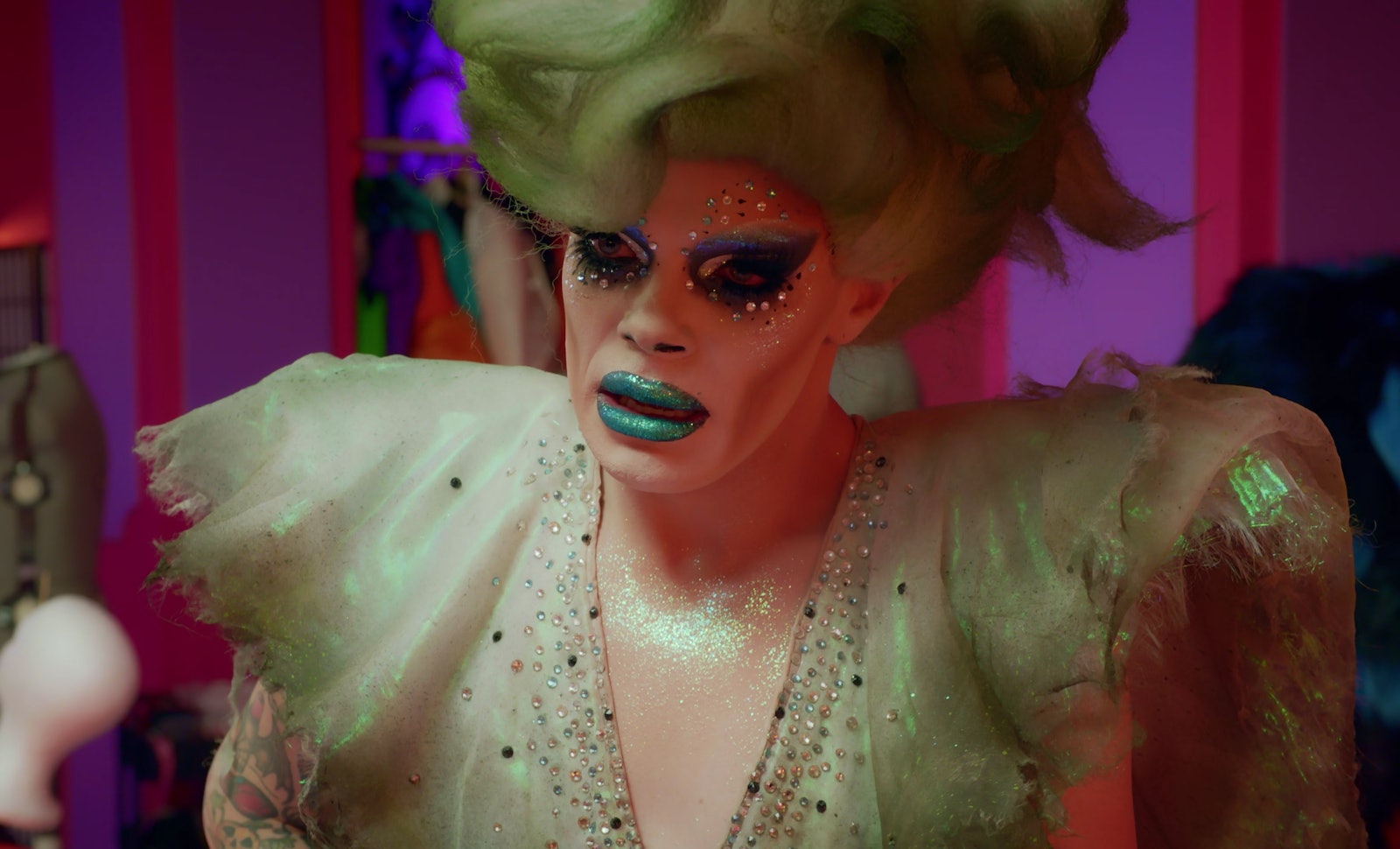 Drag Race Down Under has officially earned its place in the Drag Race pantheon by creating its first meme. At the end of the second episode, an unexpected elimination led to one of the franchise’s most shockingly real moments in a long time, and it immediately became iconic. Now, social media is filled with Art Simone Drag Race Down Under memes, which turn a dark moment into something truly hilarious.

Spoiler alert: This post contains spoilers from Drag Race Down Under Season 1, Episode 2, "Snatch Game." Art strutted into the inaugural season of Down Under as the queen to beat. Already one of the most internationally recognized Aussie queens thanks to her popular Instagram and her own WOWPresents+ show, she was the odds-on favorite to win, or at least make it to the finale. Because of all this expectation, pretty much everyone was gobsmacked to see Art sashay away after just two episodes.

Despite turning a sea-sickening look on the runway, Art’s impression of Bindi Irwin fell decidedly flat on the Snatch Game. TBH, it was a rough Snatch Game all around, but Ru decided Art and Coco Jumbo did the worst, and Art just couldn’t keep up with Coco in the lip sync for your life.

Visibly crushed by being sent home early, Art made sure to make her mark on Drag Race with her final moments. In her exit interview, a teary-eyed Art lamented that she let her fans down, insisting she was the strongest queen there. "But you were here," a producer responded, trying to comfort her. "That means nothing," Art seethed back. It was a shockingly real response that caught fans off guard, given how tame and appreciative these Drag Race exit interviews have become over the past several years. Before Art could finish packing her bags, a meme was born.

In true Ru Girl fashion, Art was quick to capitalize on her viral moment by releasing a limited edition "That means nothing" shirt.

Drag Race Down Under is only just getting started, so get ready for a ton of new memes to take over the internet as new episodes comes out on Saturday mornings on WOWPresents+.