Like a lot of girls who grew up in the 1990s—2000s, I was obsessed with the Royal Diaries books, a series with gold pages and ribbon bookmarks that introduced infamous royal women through a fictional diary kept during their tween years. It was how I first learned about Elizabeth I and her dad issues, and Mary, Queen of Scots and her complicated relationship with Catherine de Medici. These books were my gateway into the historical nonfiction I now read an adult.

My favorite is She-Wolves by Helen Castor, which details the lives of four women who ruled England, in various capacities, before Elizabeth I: Empress Matilda, Eleanor of Aquitane, Isabella of France, and Margaret of Anjou. All four women were vilified in their times, but in her research, Helen Castor picked through the rumors and propaganda in order to write nuanced, empathetic portraits of the women.

Jarringly, many of these women were extremely young when they became pawns in political games they didn’t understand. Matilda and Isabella were child brides, married to men more than twice their age and shipped away to foreign countries where they knew no one and didn’t speak the language. Margaret was somewhat luckier — she married 23-year-old old Henry VI of England when she was 15. Eleanor also was young — only 15 years old — when her father died and she became the wealthiest bachelorette in Europe, forcing her to fend off kidnapping attempts from men who wanted to force her hand in marriage. 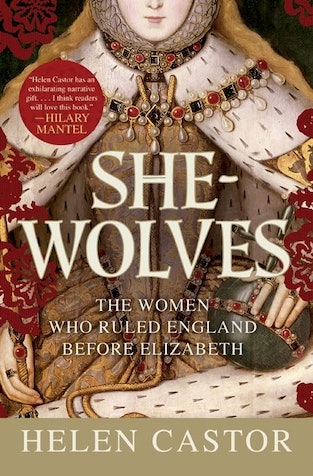 ‘She-Wolves: The Women Who Ruled England Before Elizabeth’ by Helen Castor

All four women survived when they shouldn’t have, and because of that, history hasn’t treated them kindly. The title She-Wolves comes from Isabella of France, who earned that title after recognizing her husband, Edward II, who was made King of England in 1307, was an unstable and incompetent king. He lavished extravagant gifts and estates upon Hugh Despenser, his likely lover, and gave the Despenser family leave to seize land, imprison enemies, and order executions, leading to resentment and fear across England.

When Hugh Despenser grew bold enough to seize Isabella’s lands, she decided to fight back. Under the guise of a diplomatic mission, she took her eldest son back to France as a political hostage. While there, she met and fell in love with Roger Mortimer, with whom she built a mercenary army and dethroned Henry and the Despensers in 1327, installing her son on the throne and ruling through him until he came of age.

While Isabella’s campaign was won through her work off the battlefield, Matilda led a decade-long campaign for the English throne against her cousin Stephen of Blois in what became known as The Anarchy that stretched from 1135 to 1153. Even though her father named Matilda his heir, Stephen had the backing of the English Church. The two fought bitterly over the throne for years. During one particular battle, Stephen’s army cornered Matilda and knights in Oxford Castle, but in a risky gambit, Matilda and her knights escaped the castle in the middle of a snowstorm, wrapped in white furs to blend in with the falling snow. 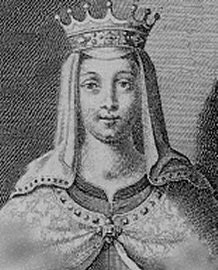 Matilda eventually let her son takeover her campaign for the throne when he came of age, but her hard work and brilliant battle tactics paved the way for him to eventually be crowned King Henry II in 1154.

Margaret of Anjou also waged a war to protect her son’s claim to the throne. When her husband, Henry VI, grew increasingly unstable and was eventually dethroned by Richard of York in 1461, she did everything in her power to ensure her son’s future as king was secure. Margaret waded into what came to be known as the War of the Roses, leading the fight against the Yorks in order to reclaim England for her son. She rallied armies across England and Scotland and even managed to recapture her captive husband from Richard Neville in the Second Battle of St Albans. She also notoriously ordered that the two knights who had held the king prisoner be beheaded, even though the king had promised them immunity. She quickly gained a reputation for being headstrong and merciless in battle, a stark contrast to her husband.

Though Margaret was captured by the York army and ransomed back to her family in France in 1471, she was victorious in the end. Three years after her death, her son became King Henry VII of England, marrying Princess Elizabeth of York and bringing the War of the Roses to an end and creating the Tudor Dynasty.

And if was difficult enough to survive making an enemy of a king, Eleanor of Aquitane made an enemy of two. At 15, she married King Louis VII of France in 1152, but after 15 years without producing a male heir, Eleanor sought to annul the marriage and Louis agreed—though he didn’t expect her to immediately marry the Duke of Normandy and future king of England, a country France has always had a complicated history with. 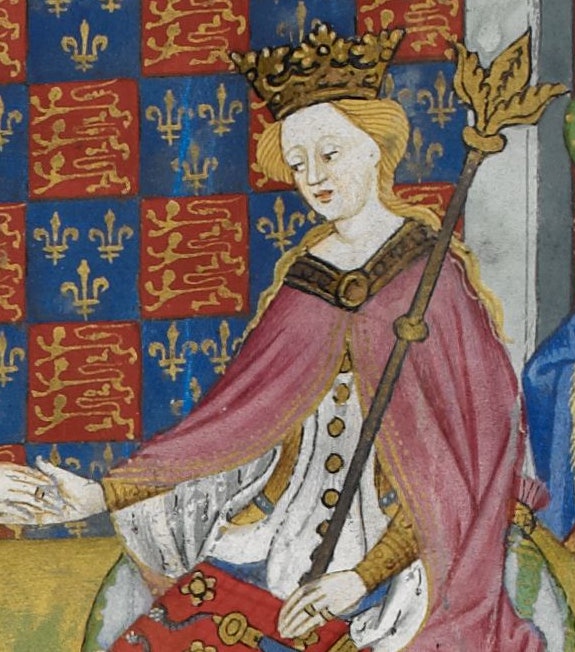 Eleanor and Henry had a contentious marriage from the start, though they had eight children, five of them sons. Things between them reached a low point in 1173 when Eleanor conspired with their eldest son to overthrow Henry and she found herself imprisoned for sixteen years until his death. Her second-eldest son, Richard the Lionheart became king and released her, entrusting her to rule England in his stead while he went off on the Third Crusade.

By the end of She-Wolves, it’s clear that Matilda, Eleanor, Margaret and Isabella weren’t villains — nor were they content to be victims. Instead, they embraced their own agency and took a firm hand in shaping the future of England. Though many people hated them for it, the country very well might not be standing now without them.

Helen Castor’s writing relies on historical documents and facts, but stays so close to these women that it feels like fiction at times. She truly brings them to life in all of their complex glory. If you enjoyed The Royal Diaries growing up, She-Wolves will be your newest obsession.