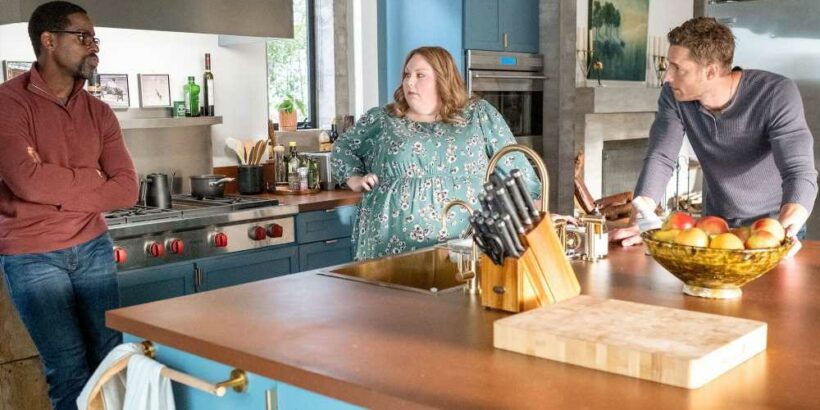 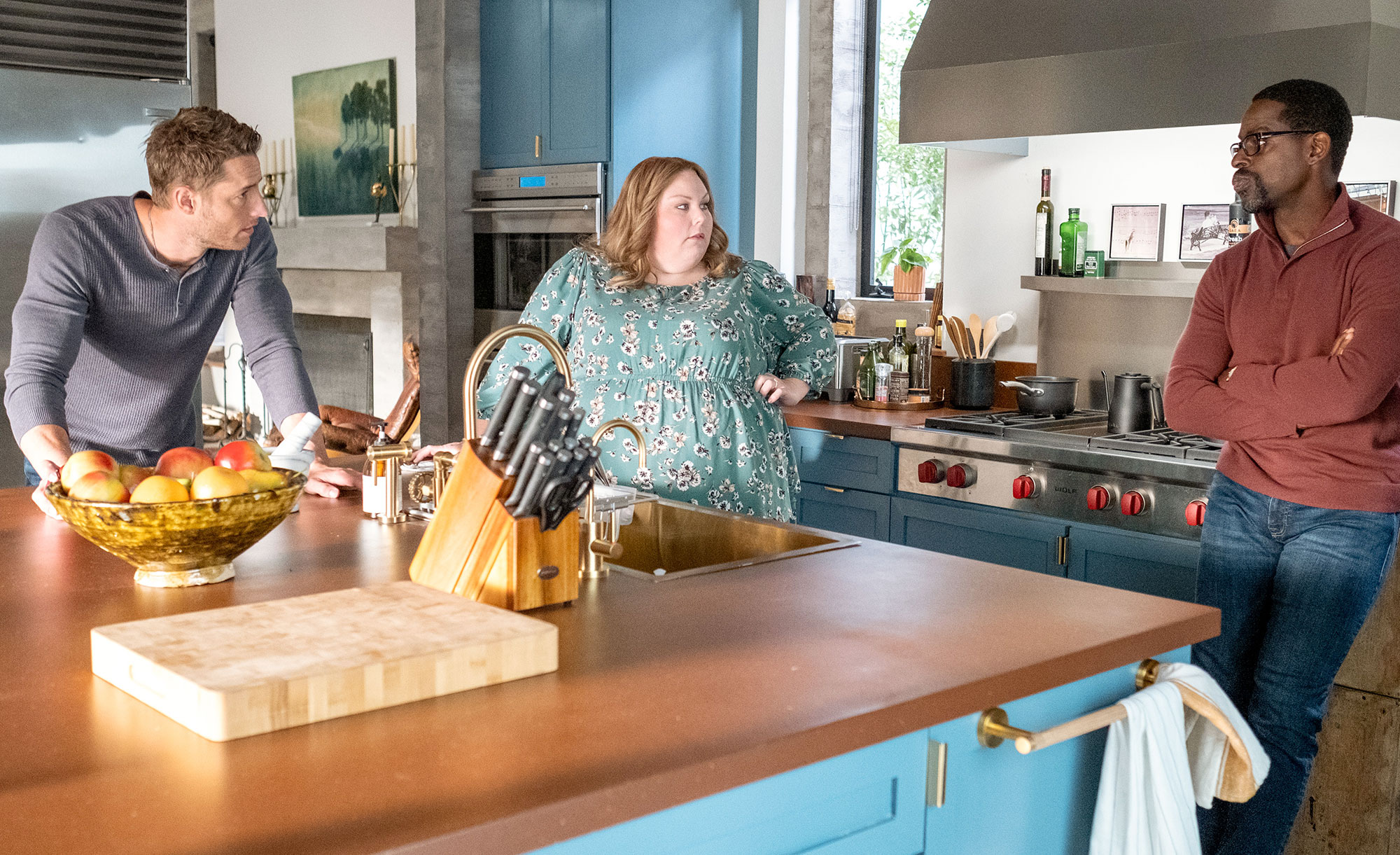 Emotions are running high in the Pearson family as This Is Us nears the end. The Tuesday, May 10, episode followed Kate (Chrissy Metz), Randall (Sterling K. Brown) and Kevin (Justin Hartley) as they planned for the rest of Rebecca’s (Mandy Moore) life.

Tearful Sendoff! ‘This Is Us’ Cast Gets Emotional About Saying Goodbye

Set one week after Miguel (Jon Huertas) died, the latest installment — aptly titled “Family Meeting” — opened with Rebecca calling for her late husband in the middle of the night. When Kate, Randall and Kevin go to comfort their mom, she doesn’t remember that Miguel is gone.

After a rough evening, the siblings decided to sit down and discuss next steps for their mom’s care. However, their spouses — Phillip (Chris Geere), Beth (Susan Kelechi Watson) and Sophie (Alexandra Breckenridge) — left them and their “Pearson process” alone for the day.

While Kevin and Randall argued about the best course of action for Rebecca, their spouses spent the day at the Pearson family cabin and theorized what was happening while they were gone. Beth and Sophie, of course, were spot-on with their impressions of Randall and Kevin’s heated conversation. 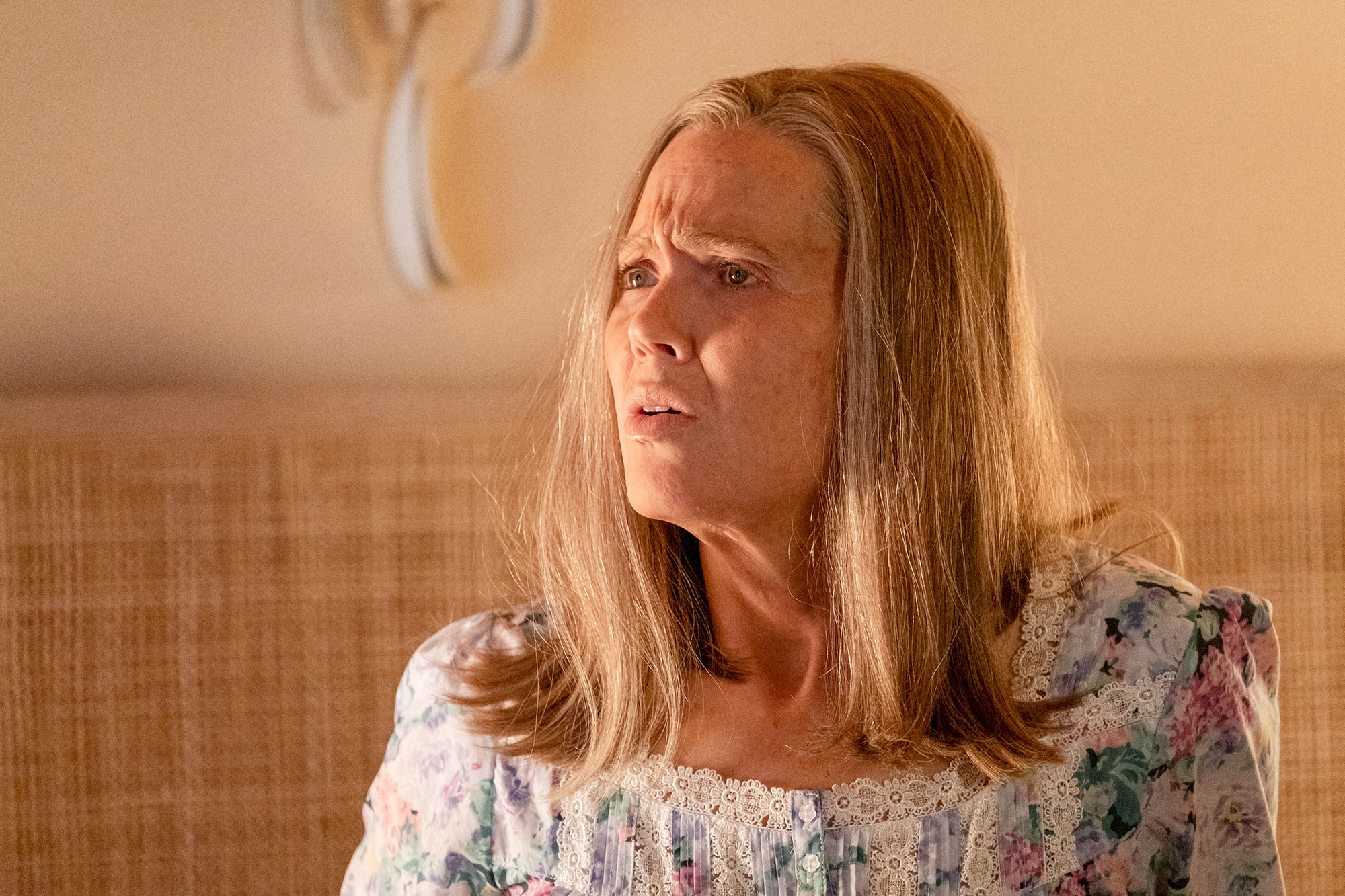 Kate — who ultimately had the final say about Rebecca’s care — stayed quiet while Randall and Kevin bickered over next steps. Randall wanted to move Rebecca to his home while Kevin wanted to keep her in the house that he built.

Every Question This Is Us’ Final Season Still Needs to Answer

Throughout the episode, viewers were transported to the early days of Kate, Randall and Kevin’s lives through flashback scenes that showed how much Rebecca did for them growing up.

Back in the present, Rebecca’s at-home nurse declared that that they were going on a walk. Instead, Kate decided to accompany her mother while Kevin and Randall were visibly struck by their mother’s appearance as her Alzheimer’s worsens.

“That’s not our mom Kev,” Randall told his brother, in part. “Our mother was magic. She always knew exactly what each one of us needed. I’m sure she meant well, sitting us down and sharing her wishes with us. But she couldn’t have imagined what this would feel like.”

After their walk, Kate put their mother to sleep and called Toby (Chris Sullivan), who reminded his ex-wife that she’s a “baller.” He added, “Your mom chose you for a reason.”

Before announcing her final decision, Kate made her brothers spend extra time with Rebecca. In the end, she decided to move her mom to Los Angeles with herself and Phillip. However, Kevin proposed a last-minute plan that changed everything.

Meant to Be! This Is Us’ Kevin and Sophie’s Relationship Timeline

He and Sophie decided to relocate from L.A. to move in with Rebecca. Already planning on moving out of a big city, Madison (Caitilin Thompson) and Elijah (Adam Korson) decided to accompany them so that Kevin could see his kids.

“We have the opportunity to give mom exactly what she wanted,” Kevin told Kate. “For her and for us.”

The episode came to an end with flashback and flash-forward parallels of how Rebecca used to take care of the kids, but now, they’re taking care of her. The final moments showed an aged Kevin calling Randall and telling him, “It won’t be long now.”