Thomas Ravenel did not attend the Southern Charm season 5 reunion after he was accused of sexual assault by two different women, but his girlfriend, Ashley Jacobs, joined the rest of the cast in New York City to tape the upcoming special.

After filming wrapped on Tuesday, June 12, host Andy Cohen confirmed her reunion appearance.“It was intensely dramatic, which is why I have droopy everything tonight. And Ashley was there,” Cohen explained on the Watch What Happens Live aftershow. “It was really something.”

Jacobs, who started seeing Ravenel in May 2017, also shared a selfie on her Instagram Story after the reunion taping. “What a day!!! #ISurvived,” she captioned the photo. 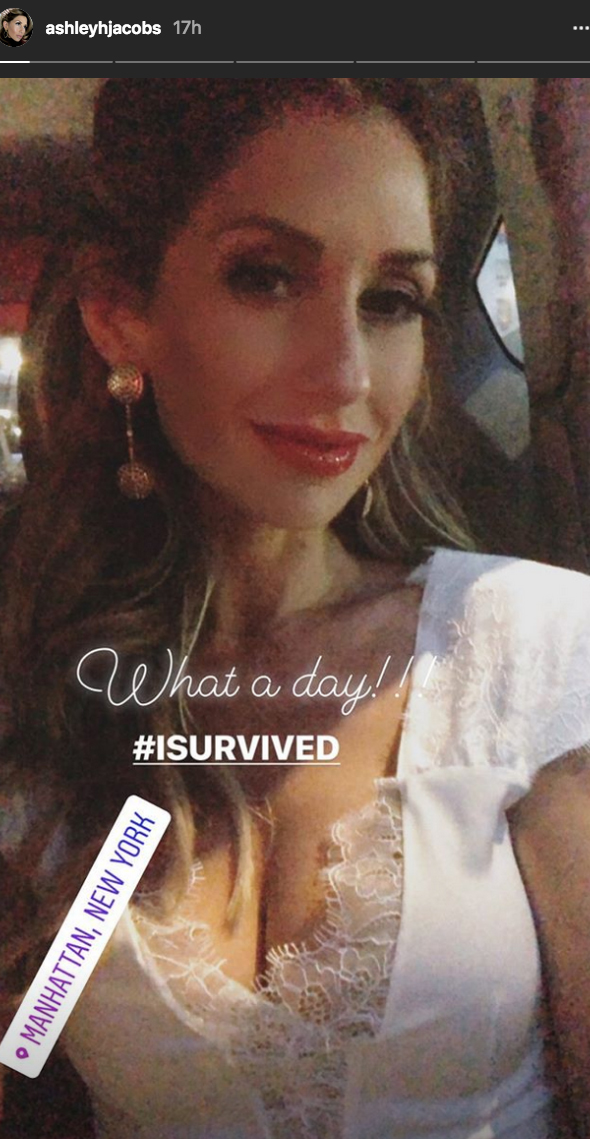 The 33-year-old nurse made her Southern Charm debut on the season 5 premiere, which aired on April 5. Jacobs and Kathryn Dennis, with whom Ravenel shares 4-year-old daughter Kensie and 2-year-old son Saint, went head-to-head on the May 31 episode of the series after Jacobs was not invited to the toddler’s birthday party.

Southern Charm’s series regulars — Dennis, Shep Rose, Cameran Eubanks, Craig Conover, Naomie Olindo, Chelsea Meissner and Austen Kroll — also filmed the reunion on Tuesday, which will air at the conclusion of season 5. Bravo’s The Daily Dish confirmed on June 5 that Ravenel, 55, would not be in attendance at the taping.

The former politician made headlines in May after he accused of sexual assault by two different women, including his children’s former nanny. Both women alleged that Ravenel assaulted them during separate encounters in 2015.

Real estate agent Ashely Perkins claimed Ravenel assaulted her mother, Debbie Holloway Perkins, after they matched on Tinder. Ravenel’s attorney denied the accusations in a statement to Us Weekly on May 3: “My client enjoys a certain degree of fame and unfortunately has become — unfairly — a target for an individual who has, in my opinion, dubious motivations.”

Bravo and Haymaker, the production company for Southern Charm, announced on May 4 that they launched an investigation into the accusations made against Ravenel. A source told Us on May 24 that Ravenel’s future on Southern Charm will be determined at the conclusion of Charleston police’s investigation.