Thought your time of the month was bad? Mother-of-three reveals the premenstrual disorder that causes her memory loss, uncontrollable rage and even violence

The spells of forgetfulness started in my late teens. I’d find myself unable to remember where I’d parked my car, or get appointments mixed up.

Worse still, I began experiencing episodes of burning rage, turning into a monster who would say unforgivable things to friends or family. And until I was reminded, I’d have virtually no recollection.

It was as if I’d been blind drunk — except I hadn’t been drinking. Each time, the horror of finding out what I’d said or done was gut-wrenching. Not surprisingly, these bouts of amnesia were terrifying. Not for many years did I discover I’d been overcome by my hormones.

People often dismiss premenstrual tension as ‘women’s problems’, the time of the month when women’s emotions are out of control. But since the age of 15, my life has been overshadowed by one week every month when my personality undergoes a transformation. 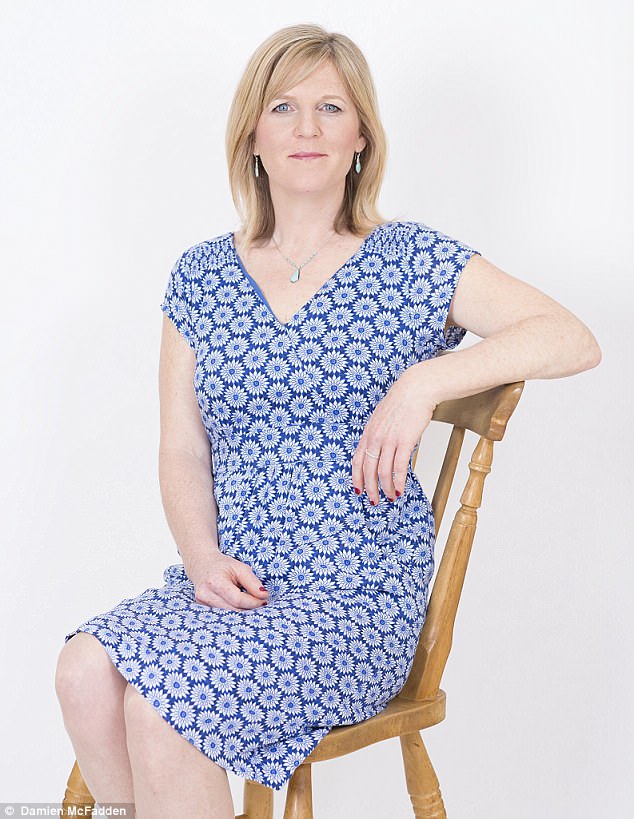 Rhian Ivory, 41, (pictured) was diagnosed with Premenstrual Dysphoric Disorder (PMDD) last year. She revealed how the condition has caused her personality to transform for a week every month since she was 15 years old

Take recently, when I noticed our new and expensive kitchen bin had a deep dent in it. For a second, I thought: ‘Oh my God, what have the kids done?’ and then, with horror, I remembered it was me — I had smashed the bin. I was overcome with shame.

Finally, last year, aged 41, I was diagnosed with Premenstrual Dysphoric Disorder (PMDD), which is thought to affect between three and eight per cent of women.

It causes extreme emotional and physical symptoms, including violent mood swings, sleep problems and suicidal feelings. Although it is a hormone disorder, it has also been categorised as a mental health problem, too.

While many women complain of feeling sad and irritable for one week a month, they’re mostly suffering from the milder PMS (Premenstrual syndrome). PMDD is different. You can’t ease it with chocolate, a paracetamol and a hot water bottle. And you definitely can’t laugh about it.

My diagnosis was shocking, yet a relief to have a medical explanation for what was wrong.

People have said I should be able to deal with my PMS like everyone else, but Premenstrual Dysphoric Disorder isn’t the same.

My symptoms began as a teenager, growing up in the Cotswolds. I remember often feeling so angry I would stomp off, slamming the front door. I didn’t want to see anyone, not even my best friends. At school, I was often kicked out of lessons for rowing with teachers.

Over time I learned to expect these symptoms during the week before my monthly period. When the week was over, the rage and misery would disappear. 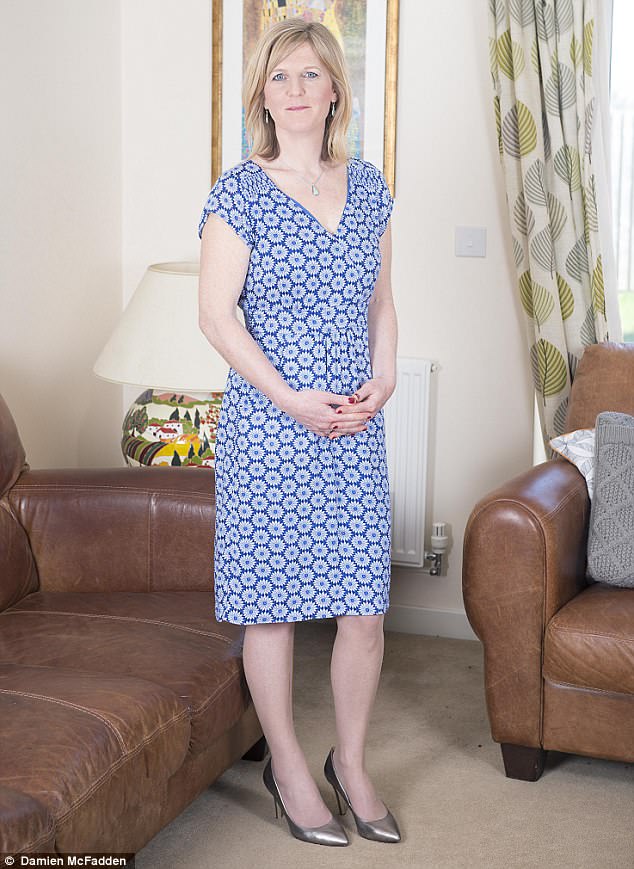 Rhian revealed PMDD has caused her to sufferer from episodes of amnesia, insomnia and rage. She says the symptoms have impacted her ability to form lasting relationships

There was physical pain, too, I’d be bent double in agony. Yet the rest of the time, I was the life and soul of the party.

I remember as a student at Aberystwyth University, I cooked a roast dinner for friends. We sat down to eat, then someone innocently asked if they could have another roast potato. I lost it.

Slinging my plate across the room, I called my friend a ‘big fat pig’ and screamed about how greedy she was. Then I ran upstairs and sobbed. If a friend’s party or, when I was older, a work event fell during my ‘hell week’, I would make any excuse not to go. I was powerless to stop my behaviour and I’d be terrified I’d alienate a friend, or get fired.

How did Sylvia Plath die?

As I got older, I’d have scary episodes of forgetfulness. I suffered from dreadful insomnia and started to get migraines.

My symptoms had a major impact on relationships. I had boyfriends, but I’d get to about three months and dump every one of them during a fit of rage. It became a family joke. But I didn’t find it funny. I’d often regret what I’d done but feel too embarrassed to try to rescue the relationship.

The only man who made it past three months would go on to become my husband. We met at a nightclub on Guernsey while I was teaching there in my 20s. He proposed quickly — if we hadn’t been engaged, I would doubtless have split up with him, too.

We married when I was 26, and I became pregnant — but it ended, tragically, in a stillbirth. Over the next decade I had 11 pregnancies, resulting in eight losses and three healthy children, now aged 13, 11 and seven.

I suspect now my miscarriages were linked to my PMDD, although doctors say there isn’t a proven link. 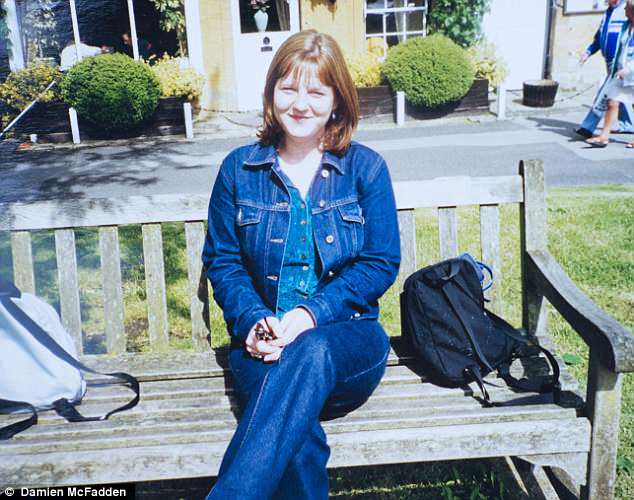 What I know for certain is after each pregnancy, my symptoms grew more severe, probably because the changes in my body played havoc with my hormones. Women with PMDD are genetically more sensitive to the effects of oestrogen and progesterone.

For a week each month, the world became a dark place. I would hear horrible, ugly words coming out of my mouth, and be unable to stop saying them. I did my best to stay out of the way of my family, taking the dog for long walks so I couldn’t take it out on the children.

Women with PMDD used to be locked up in asylums. More recently, many have been misdiagnosed with bipolar disorder.

I finally got my diagnosis last year. I’d started writing my new novel, Hope, and my main character was a really angry girl. I needed a reason for her anger. My research brought me to PMDD.

When I read the symptoms list on the NHS website, I had a sudden realisation: it explained all the problems I’d been having for the past 25 years! My rage and frustration weren’t a character flaw and I wasn’t going mad.

I went to my GP. But she wasn’t well informed — I felt she thought I was making up the extent of my symptoms — and prescribed an antidepressant. It did nothing, unsurprisingly, as I wasn’t depressed. A second antidepressant also failed to help. 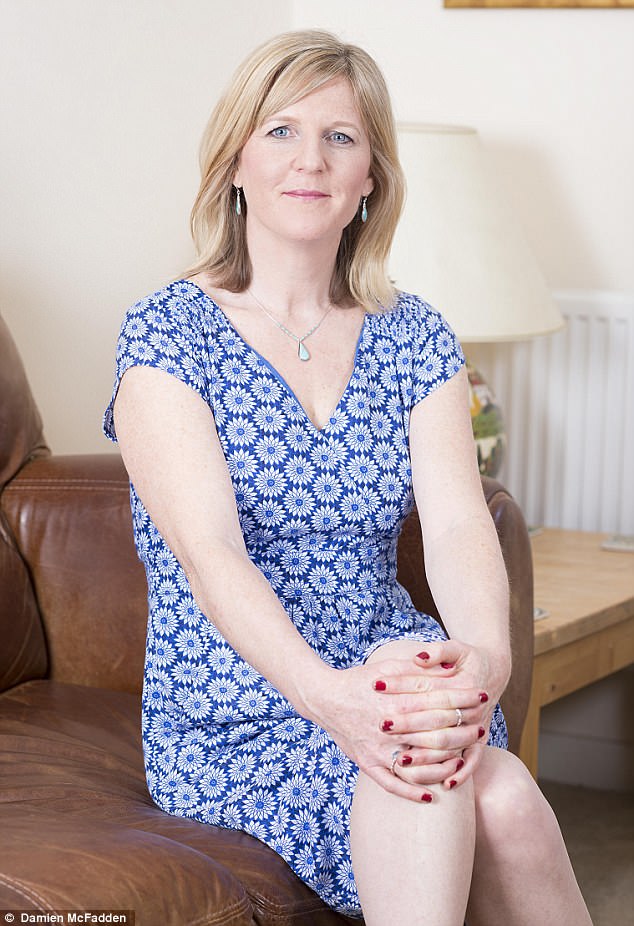 Rhian has been advised to have a hysterectomy to cure her PMDD. She says if she hadn’t had her children she wouldn’t consider the procedure

Then, in October last year, I saw a consultant who didn’t make me feel like I was exaggerating.

I was prescribed a nasal spray called nafarelin, which stops me ovulating; a capsule called Utrogestan to increase my levels of progesterone; and Sandrena, an oestrogen replacement gel.

The doctor told me the combination would help regulate my hormone levels — but ultimately, if I wanted to cure my PMDD, I would need a hysterectomy. I found it hard to believe my years of misery could be eased simply.

The final proof my rage was caused by my hormones came when the medication worked almost instantly. It was like magic — I was myself again.

Recently, I ran out of capsules. I assumed I’d be fine for a short spell, but within a day, I had a meltdown. My children were playing with Nerf guns, shooting at each other, when one started crying.

Raging, I made them put every gun and foam bullet in a bin bag. Then I stomped outside and put it in the bin, before punching the bin over and over, kicking and swearing at it. Then I made my distraught children watch as the binmen took the rubbish away.

At some point, I will have my hysterectomy. I’m lucky I’ve had my children — motherhood is not something I would have sacrificed. But I can’t wait to function like a normal human being.