‘Bring back the Snowflake!’ Thousands of fans sign a petition demanding return of the white chocolate version of Cadbury’s Flake – 10 years after it was discontinued

Chocolate lovers are calling for the return of a Cadbury bar ten years since it was removed from UK shelves.

John Malogony, from London, has now garnered almost 3000 signatures on his petition calling for the confectionery company to bring back its Snowflake bar.

Encouraging people to sign John writes:  ‘In 2008 Cadbury broke hearts by discontinuing the Snow Flake (or Flake Snow). The bizarre decision still baffles people to this day and it needs to be rectified.’

Popularised in the early millenium the bar featured a white chocolate Cadbury’s Flake bar with a milk chocolate coating.

Despite its associations with the original milk chocolate Flake, the candy better resembles the popular Twirl bar due to its coating.

The chocolate hit the shelves back in August 2000 thanks to a rather notorious introduction at Anthea Turner’s wedding to Grant Bovey where the couple were pictured chomping on the chocolate during their reception. 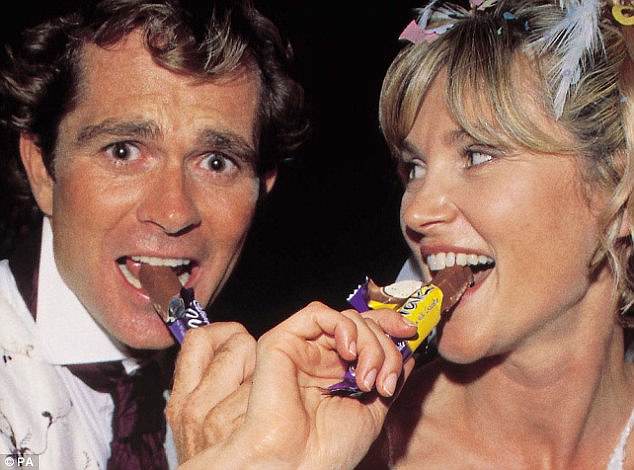 Despite the photo appearing in OK! along with a free bar of the chocolate, all three parties denied it was a sponsorship deal.

Three years later the name was changed to Flake Snow and in 2008 it was taken off the shelves for good.

However, fans are hoping to bring the bar back with the help of the petition which has received 2,991 signatures, 2,009 short of the 5,000 target. 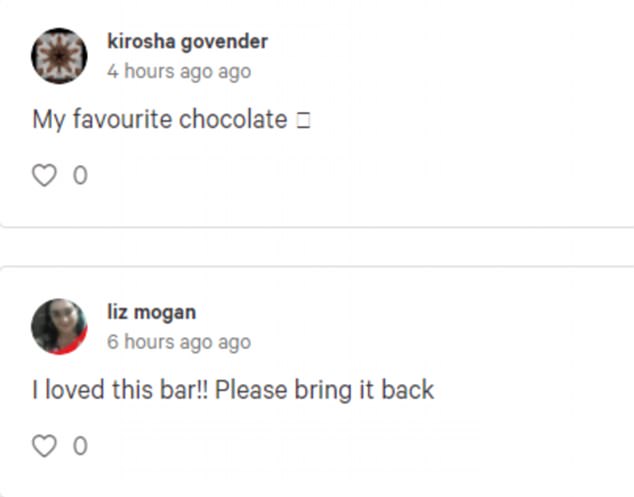 Creator John pleas to fellow fans to sign writing: ‘In 2008 Cadbury broke hearts by discontinuing the Snow Flake (or Flake Snow). The bizarre decision still baffles people to this day and it needs to be rectified.

It seems that fellow fans are equally as passionate about its return sharing their memories of the chocolate on the petition site Change.org.

One wrote: ‘These things were amazing! One of the only sweets I remember from my childhood, mostly because of my disbelief and disgust when they stopped making them’.

Another added: ‘Please sign on get these delicious little beauties back… I literally talk about how yummy these were at least once a week’.