A TikTok user’s dating advice has gotten him in hot water with social media users.

Myron Gaines, one half of the Fresh & Fit Podcast, shared a brief video suggesting that men should have a strict policy for women who ask to reschedule dates.

"When a girl tells you: ‘Hey, let’s raincheck or reschedule,’ you simply respond, ‘Hey, that's cool, but I'm not really a fan of flaky girls. If we go out, you're going to pay for drinks or dinner' or whatever plans you guys had," Gaines began in his stern 32-second clip.

"Because the reality is this, with women, when they give you undesirable behavior, you need to punish it immediately, so she knows it's not acceptable," he continued. "If you take her back and take her on a date after she did some BS like that, she's gonna think it's OK. Don't reinforce bad behavior with positive treatment." 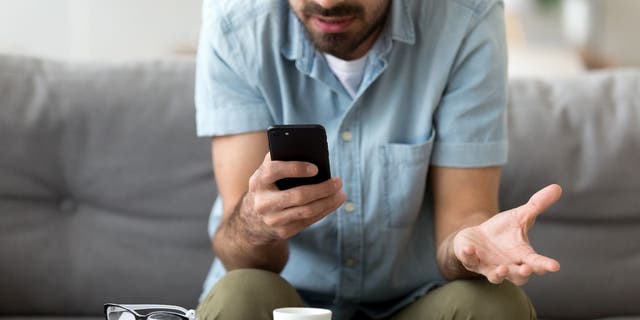 The video of Gaines’ hot take was originally uploaded to Fresh & Fit’s TikTok account but it has since been scrubbed from the app along with the brand’s profile as a whole. The account reportedly had 54,000 followers and received tens of thousands of views under each of its uploaded videos, according to the Daily Dot.

HOW THE CORONAVIRUS PANDEMIC AMPLIFIED 'APOCALYPSING,' A RELATABLE DATING TREND

Since the video’s upload, social media users who oppose Fresh & Fit’s stance have argued that the dating strategy in question is too harsh or promotes misogynistic rhetoric.

"We feel we didn’t say anything wrong however we do understand that backlash as some people took it offensive," Fresh & Fit told Fox News via email.

WHAT IS 'WHELMING,' THE LATEST ANNOYING DATING TREND?

Critics of the video don’t seem to feel the same way, however.

"I GUARANTEE he got this information from a dog training video," content creator Ariam tweeted shortly after the video’s deletion.

"Absolutely clueless," another Twitter user commented. "If you wanna know what we want maybe just ask we will TELL YOU."

However, not all of Twitter was completely against the message shared in Fresh & Fit’s video.

"His wording and approach are a bit f—–, and I get that. But also, ‘don't reinforce bad behavior with positive treatment’ is exactly what setting boundaries is," one user tried to reason. "Unless you're a doormat, humans 'punish' undesirable behavior all the time (via ghosting, blocking, arguing etc)."

Fresh & Fit did not immediately respond to Fox News’ requests to elaborate on the messaging in its video or whether its TikTok account was disabled by choice.

The Miami-based podcast duo continues to post videos under its YouTube channel, which is said to "provide the TRUTH to dating, fitness, social media, finances and overall male improvement."