It’s alive! Unsuspecting shoppers yelp, scream, and stumble in terror as a prankster posing as a store mannequin suddenly jumps into action

A pair of TikTok users are terrifying shoppers — but delighting social media users — with their funny mannequin prank.

Las Angeles-based magician Rick Lax, 37, teamed up with his friend Anna Rothfuss for the prank, which they caught on camera and shared on TikTok for hundreds of thousands of likes.

Anna dressed up in a white bodysuit that covered her hair and face, added clothes, and posed among other mannequins in a shopping mall — before springing to life and setting shoppers screaming. 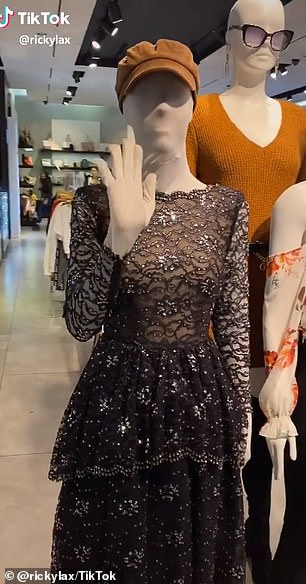 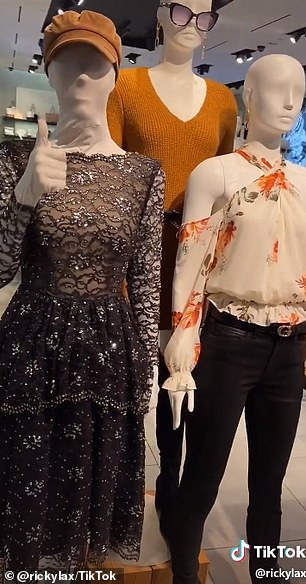 Viral: Two TikTok users teamed up for the prank, in which one dressed up as a mannequin 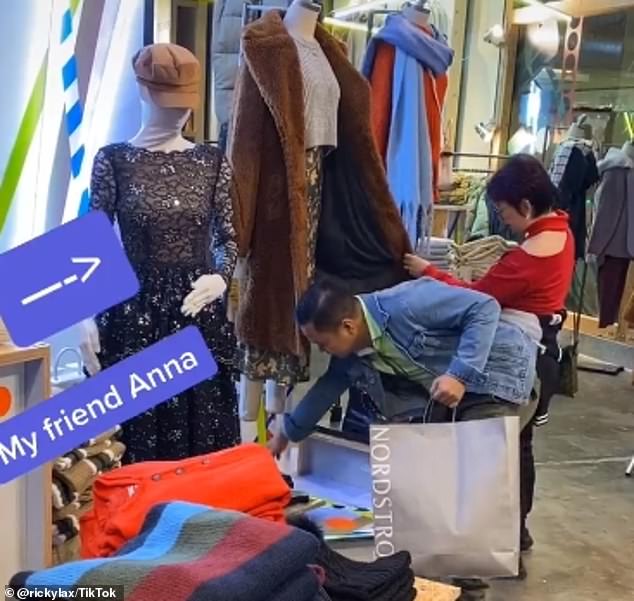 Still: She set up in several stores and posed near other mannequins, fooling shoppers 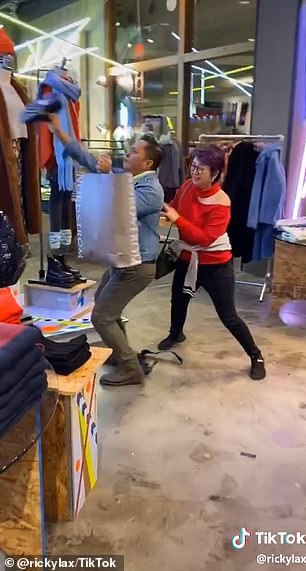 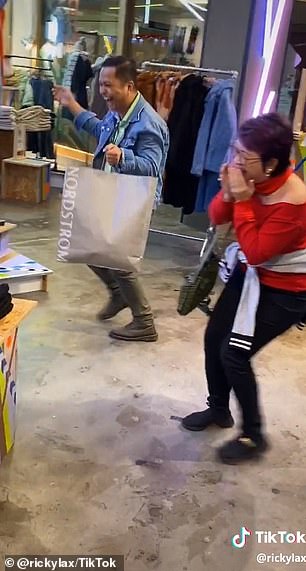 Didn’t see that coming! She would then suddenly move, terrifying shoppers and causing them to scream and jump back 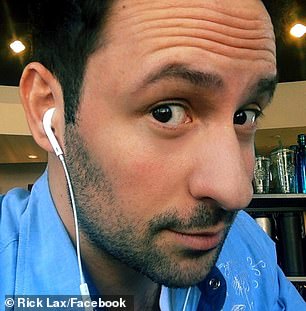 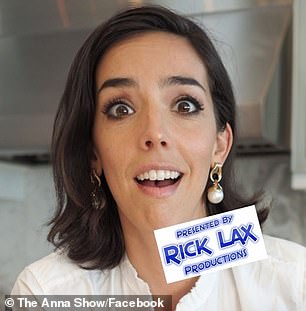 Rick posted the videos on his own TikTok account, starting with one showing Anna getting ready before the fun began.

Anna dressed in a white bodysuit that covered all of her skin including her face, making the perfect disguise.

On top, she wore a lacy black dress, black booties, and a newsboy cap — an odd styling choice that might have been a giveaway to someone paying close attention.

But of course, no one was. In another video, Anna is seen standing incredibly still, with her arms at odd angles.

A shopper walks up to her and reaches out to inspect the dress — which is when Anna suddenly moves, sending the woman jumping back and covering her mouth in surprise.

Later, a couple walks directly in front of her when Anna suddenly turns her whole body. They both scream and step backward, with the man stumbling and nearly losing his balance before both erupt into laughter.

On another day, Anna wore the same white bodysuit with a more casual outfit of jeans and a puffer coat.

Two teenagers nearby are startled and then begin giggling when Anna suddenly turns and walks away.

Another compilation video, which has earned 594,200 likes on TikTok, shows her make several more people scream.