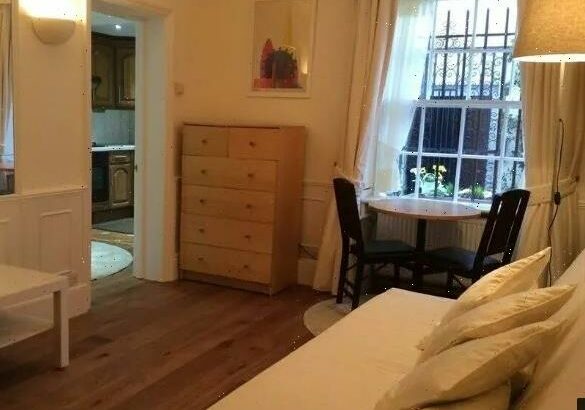 A STUDIO has gone on the market in an upmarket London postcode for a whopping £1,500 a month – but it's missing a crucial feature.

The "spacious" home in Marylebone boasts a gorgeous courtyard – a rare addition in the capital – and lies within walking distance of some of the capital's buzzing hotspots. 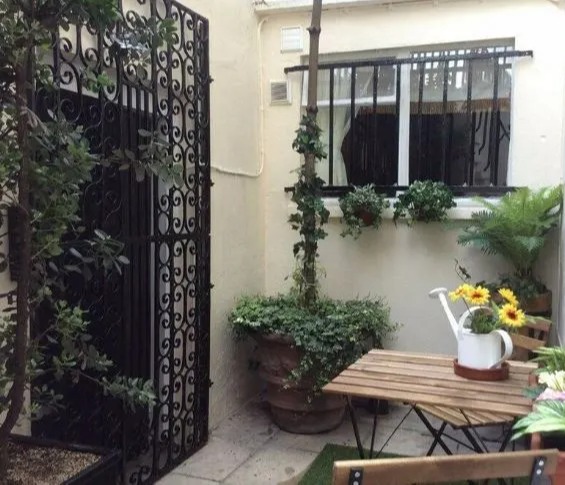 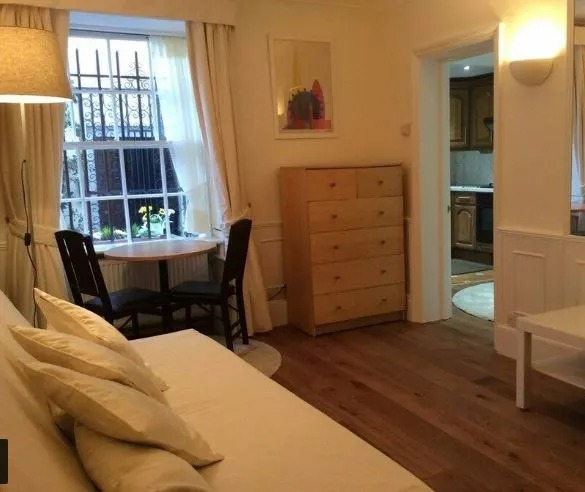 But eagle-eyed house hunters may wonder where they'll get forty winks after a day of exploring the city.

That's because there's no sign of a bed in the little property.

There's also a comfortable-looking armchair and fitted kitchen, set through a sliding door in a separate room.

But the ad on Gumtree doesn't show a mattress at all, leaving prospective tenants to guess at the sleeping arrangements.

The advert reveals the flat can be found in an "exquisite" Georgian building in Gloucester Place, where properties sell for an average of £699,000.

"The accommodation is fully-furnished and equipped with a separate kitchen," the owner says.

Despite the missing bed, it's likely that plenty are queueing up to view the home.

The property is within three minutes of Baker Street and Marylebone Tube stations.

It's also close to Regent's Park and universities including the London Business School.

Madame Tussards and the Sherlock Holmes Museum are within easy reach, as are plenty of top restaurants, including celeb haunt Chiltern Firehouse.

London is well-known for being particularly challenging for those without deep pockets.

A "trendy" flat in Pimlico is priced at £130 a week – a budget find for the area – but while it has a shower in one corner, there's no toilet to be found.

Meanwhile, a double room in Finsbury, north of the city, is on the market for £700 a month.

However, the new tenant must enjoy plenty of company.

The room offers a mattress beneath its eaves, with a hammock slung nearby and a desk close to the door.

There's also a big garden and even a movie room set up with a projector.

But those who prefer their own space may want to skip a viewing – because they'll be sharing with more than 20 other people, as well as three cats.

And even those with more cash to splash can face problems.

A three-bed family home near King's Cross St Pancras is on the market for £1million, despite the fact that it's derelict inside.

The stunning Grade II-listed property, which stands in a quiet cobbled street, is in a state of complete disrepair.

The new owner will face months of work – as well as shelling out hundreds of thousands more – before it is returned to a liveable condition. 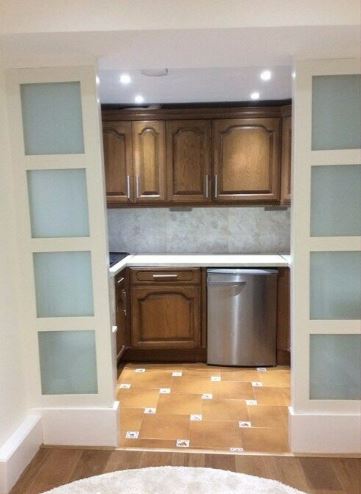 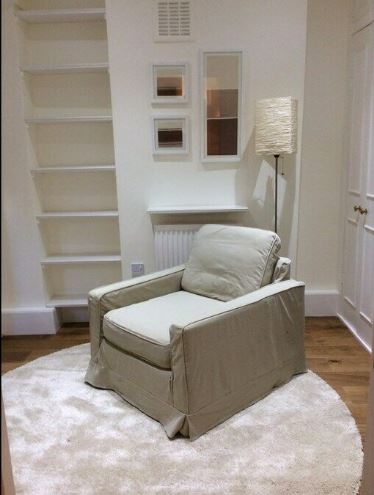