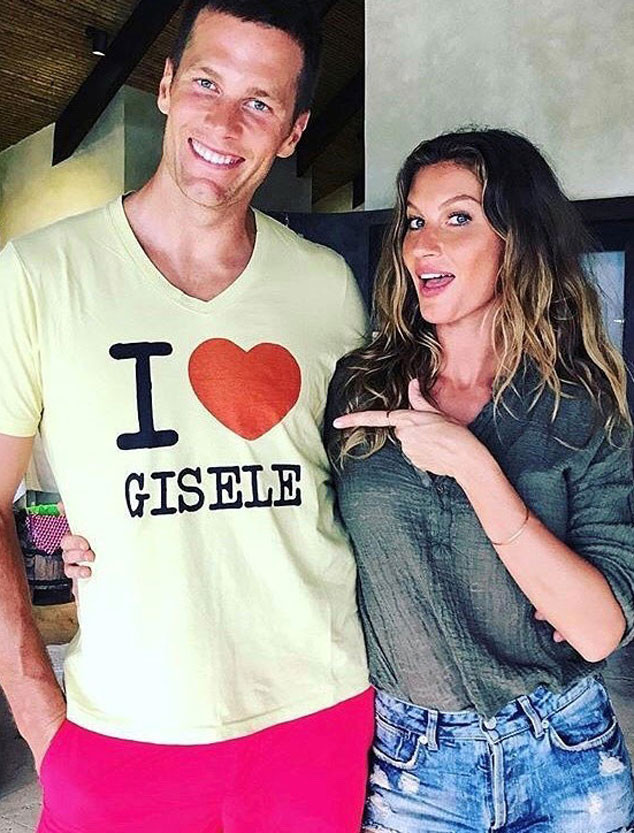 In celebration of Dia dos Namorados, a holiday for lovers in Brazil, the Patriots star posted a photo to Instagram Tuesday wearing an “I ❤ Gisele” shirt.

“Yes I do! ❤️ Feliz dia dos namorados! Te amo muito!” Brady captioned the photo. Bündchen also shared a selfie of the couple in celebration of the June 12 holiday.

Brady’s shirt is very reminiscent of a tank top another Tom once wore, Tom Hiddleston. During a Fourth of July party at his then-girlfriend Taylor Swift‘s Rhode Island home in 2016, the Thor actor was photographed wearing an “I ❤ T.S.” shirt, causing a media frenzy. 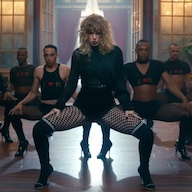 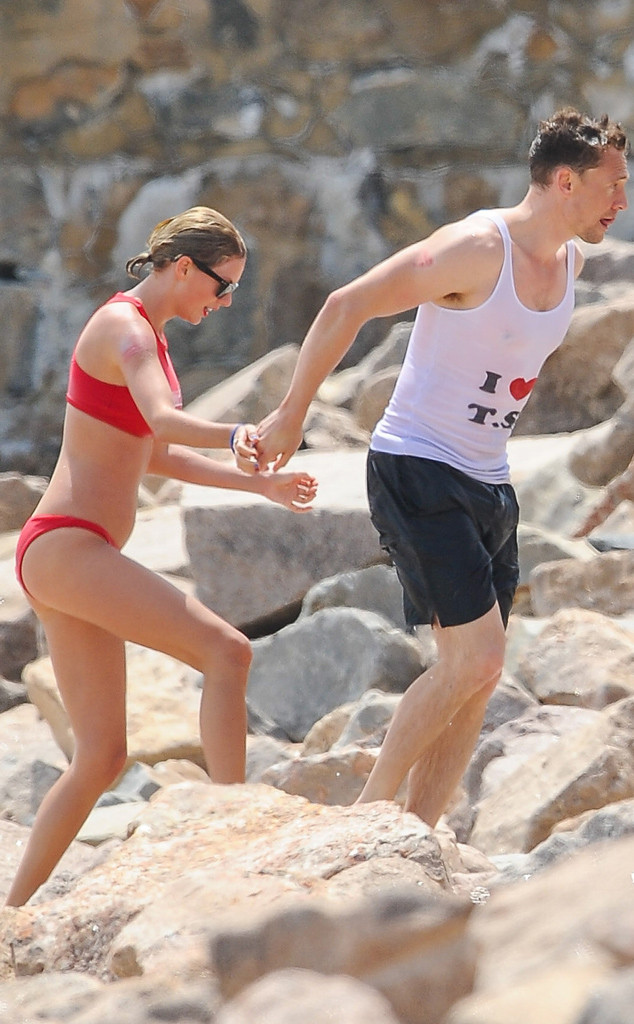 The two went on to split in Sept. 2016, and just over a year later, Swift referenced the shirt in her “Look What You Made Me Do” music video. In one scene from the video, Todrick Hall and other dancers don “I ❤ T.S.” shirts, similar to Hiddleston’s. The crop tees are also available for purchase on Swift’s website for $40.

The shirt got so much attention, Hiddleston was even asked about it during an interview with GQ. “The truth is it was the Fourth of July and a public holiday and we were playing a game and I slipped and hurt my back,” Hiddleston told the magazine in Feb. 2017. “And I wanted to protect the graze from the sun and said, ‘Does anyone have a T-shirt?’ And one of her friends said, ‘I’ve got this.'”

He later added, “It was a joke. Among friends.”