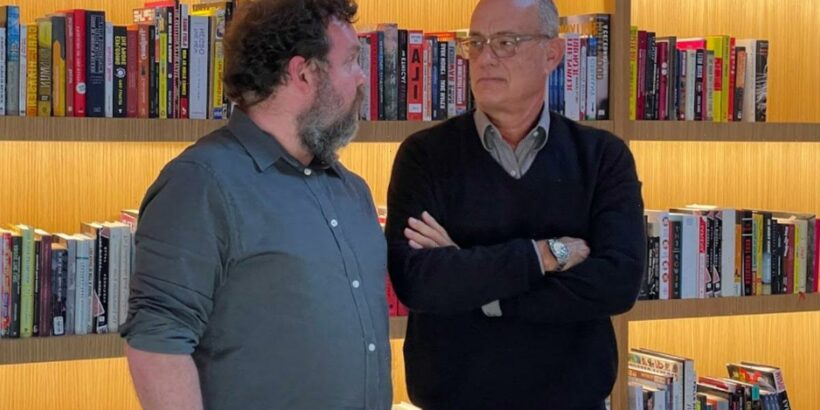 Despite claiming that he doesn't remember a "single moment" about the alleged encounter, Hanks told "Dead Eyes" host Connor Ratliff that he takes "full responsibility" for the whole thing.

After 30 episodes of his “Dead Eyes” podcast, Connor Ratliff finally got the chance to confront Tom Hanks — whom Ratliff claims got him axed from an acting job over two decades ago.

According to Ratliff, Hanks had him fired from the 2001 HBO series, “Band of Brothers,” after saying Ratliff, then 24, had “dead eyes.” The alleged encounter inspired the comedian’s podcast, which explores the idea of rejection, failure and learning how to get back up on your feet.

Hanks, 65, appeared on the Season 3 finale of “Dead Eyes,” which dropped on Thursday, to explain his side of the story, sharing how he first heard about the podcast and whether or not he even remembered saying the comment about Ratfliff’s eyes. 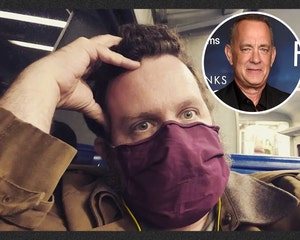 The Oscar winner — who said he “heard” about the podcast from his son, Colin, and daughter, Elizabeth — shared how he immediately reacted upon learning about “Dead Eyes,” saying, “I was aghast. I was … I actually got chilled. My heart rate skyrocketed and I said, ‘I did, I did what? I did what?'”

Ratliff, 46, went then recalled the alleged encounter in detail, which Hanks described as “bone-chilling.” However, Hanks then revealed that he doesn’t remember the exchange in question … at all.

“Not a single moment of this rings a bell,” admitted Hanks, who co-created “Band of Brothers” with Steven Spielberg and was the writer and director of the episode Ratliff had initially been cast in.

“Now, let me first take full responsibility for doing this to you,” he continued. “This was without a doubt the act of the director, and that was me. There was something that either stuck in a craw or was one of those very, very subtle sort of decisions that aims the story in the direction you want it to go.”

The “Forest Gump” star admitted that he’s “not an instinctive director,” noting that while other directors “have no problem making thousands of decisions every day” and “usually make the right” ones, decision making doesn’t come as easy to him.

“I just barely scrape by and hope that I make 50.6 correct decisions out of the course of the day,” Hanks said, before confessing to Ratliff that he told him he had “dead eyes,” despite not actually remembering. “Let’s imagine I actually watched the tape and said to somebody, ‘I don’t know man, this guy’s got dead eyes,'” he explained, “I said that. Obviously, I said that: ‘Dead eyes.'” 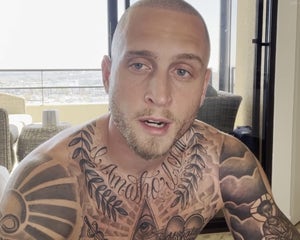 Hanks added, “And if someone had also said to me, ‘Well, he’s already cast.’ I would’ve said, ‘Well, can we replace him?’ I would’ve said that. And I’ve done it and think it’s been said about me on occasion as well.”

The “Castaway” actor said that ultimately any comments that Hanks may or may not have made about Ratliff shouldn’t have been relayed to him.

“Whoever communicated to you what was said in the inner sanctum with such authenticity should have their kneecaps broken because that is not allowed,” Hanks told Ratliff, who reacted with a laugh. “The inner sanctum is like the dugout, man. It’s not quotable there. It’s off the record.”

Ratliff said he “knew” there “had clearly been some breakdown in communication,” and agreed with Hanks that he shouldn’t have received the message. The actor went on to show Hanks his old headshot from the time — and Hanks had the best response: “These are not dead eyes. Can I just say that right now from this 8×10 black-and-white?”