The cast of I, Tonya showed up on the Monday, April 30, premiere of Dancing With the Stars: Athletes to cheer on Tonya Harding, but for week two, Harding’s husband Joseph Price will also be in attendance! However, her son Gordon will not.

“We chose to keep my son out of the public eye for his safety. I’m sorry, but this world can sometimes be cruel,” Harding, 47, told Us Weekly about her son, 7, after she made it through round one of Dancing With the Stars: Athletes. “This is the most amazing show ever. I haven’t felt this alive in so long, except when I found out I was going to have my son.” 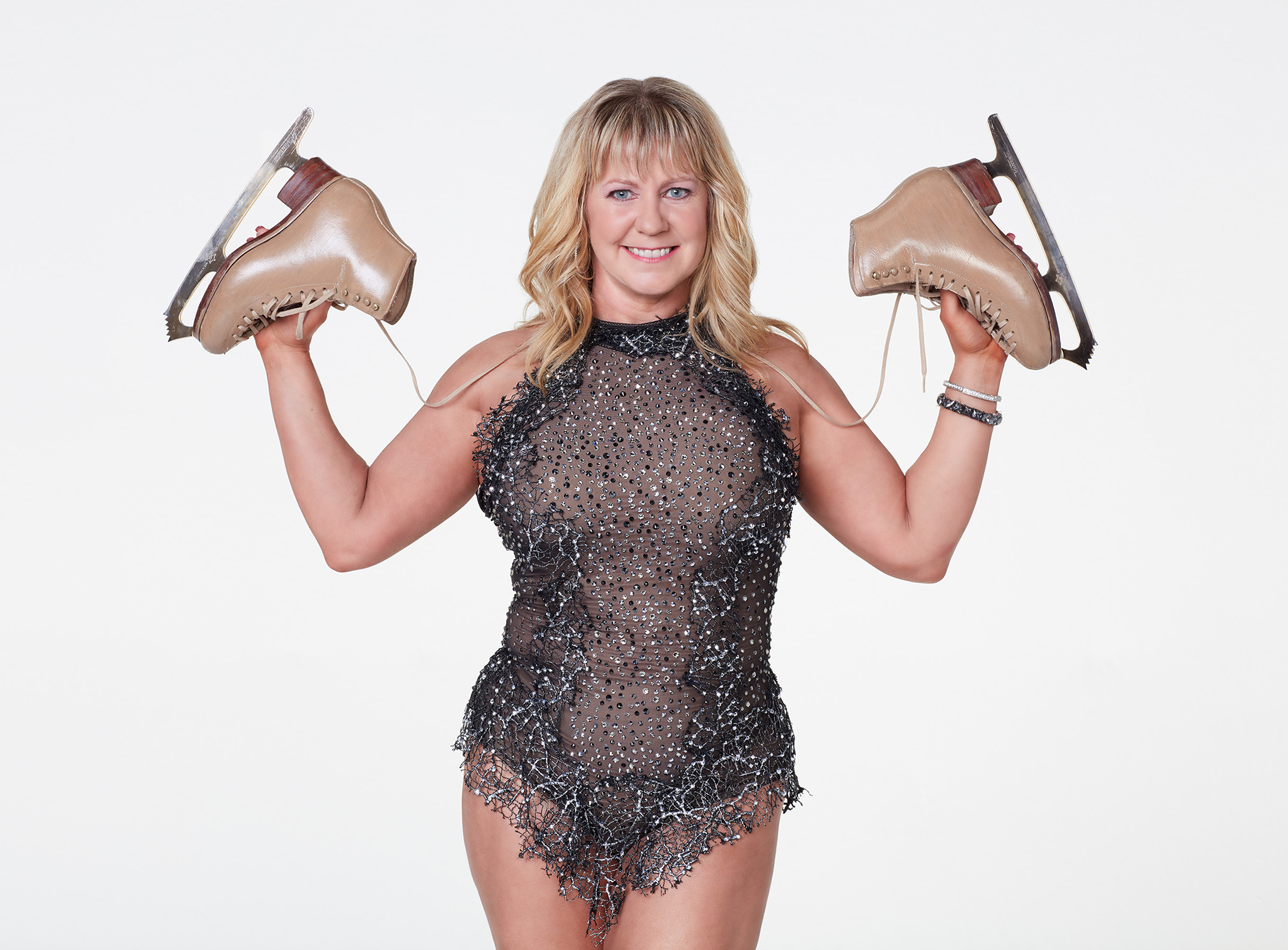 While Harding landed in jeopardy during the finale, she and partner Sasha Farber did make it through another round. However, that didn’t surprise judge Carrie Ann Inaba, who was pleasantly surprised by Harding since the beginning.

“I was really surprised with Tonya. My heart was touched. She had the most evolved presence when she danced, there was depth to her performance. There was quality to her that I didn’t see in anybody else,” she told Us at the America’s Next Top Model Mobile Game Launch on Thursday, May 3. “It’s nice to be a part of a show that can give that kind of second chance, I feel really happy about that. I was thinking about Nancy Kerrigan, because she was on just a few seasons ago — how do I approach this? But my job is to judge what they do on the dance floor. And what she did was mind-blowing.”

Ahead of the premiere, Harding told Us that it feels so nice to be working again on something she loves.

“I get a lot more respect, which is really nice, ’cause it’s been a long time. I’m just very glad to be part of something that is just so wonderful, and meet so many new people. I mean … I’m totally overwhelmed,” she told Us in April. “[I want to prove] that I can do it, to myself. But I want to do it for my family and my friends, too. It is truly an honor to be part of this, it’s very heartfelt, and I’m just so excited!”

Dancing With the Stars: Athletes airs on ABC Mondays at 8 p.m. ET.