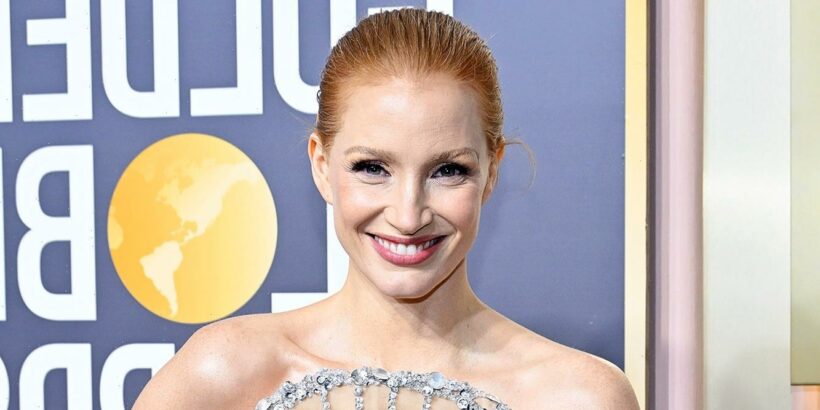 While the biggest names in TV and film impressed viewers with their superior style at The Beverly Hilton on Tuesday, January 10, a handful stood out among the rest.

To see all of these looks, press “play” on the video above and keep scrolling to get the breakdown on our favorite garbs of the night!

The Blue Valentine actress, 42, who gave birth to her third child last year, looked radiant in an ivory gown from Gucci. The breathtaking number featured a one-shoulder construction and layers of tulle fabric that curled in different directions. The design was completed with a crystal lining.

The American Horror Story actress, 64, looked ageless in a silver sequin dress by Pamella Roland. The metallic frock was equipped with a halter design and a figure-hugging silhouette that drew attention to her incredible curves. The New York native, who won the Golden Globe for Best Supporting Actress in a Film for Black Panther: Wakanda Forever, finalized the look with strappy platform heels. 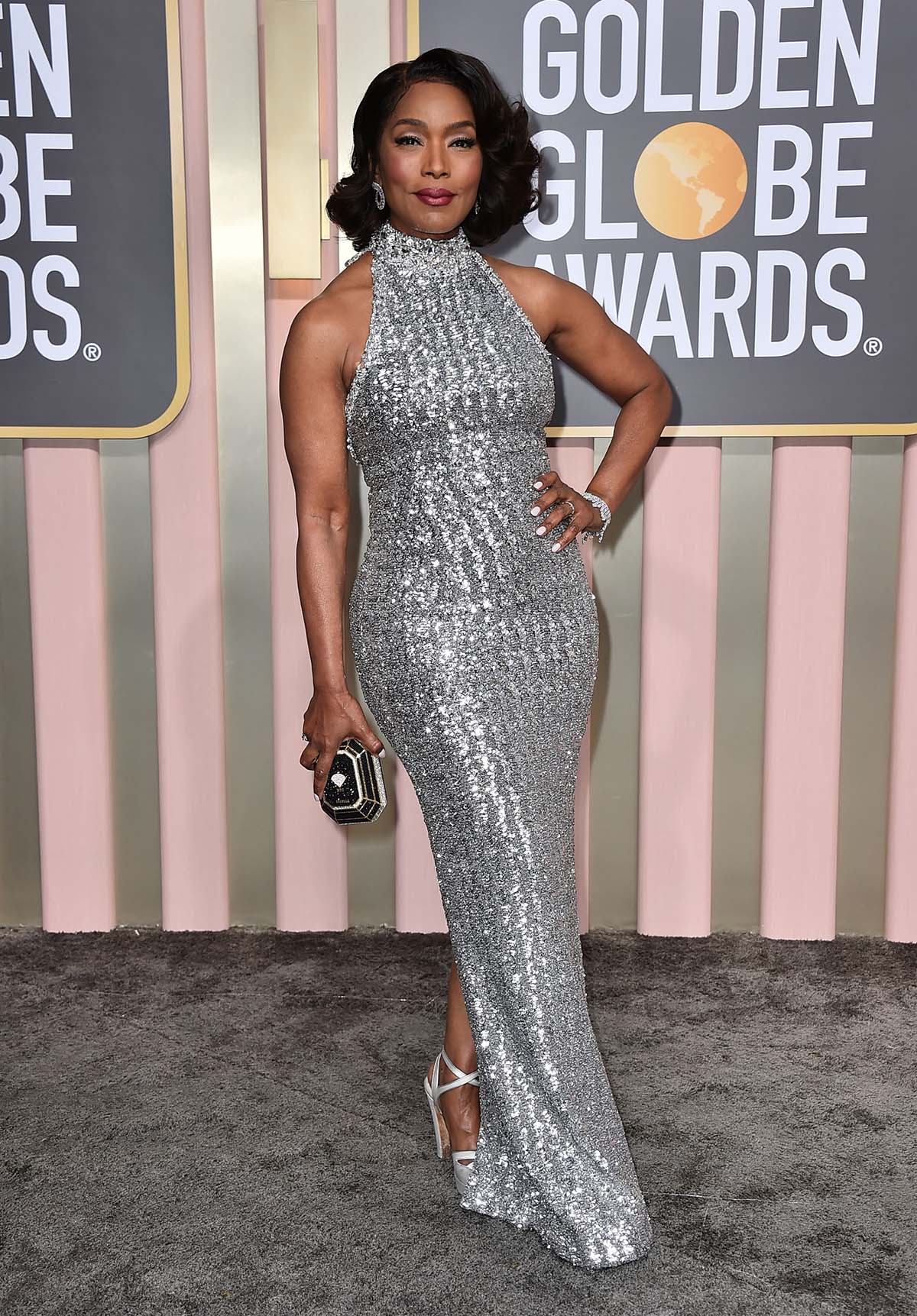 The Good Nurse actress, 45, was an unforgettable sight in a strapless creation by Oscar de la Renta. The floor-length ensemble was covered in glistening crystals that appeared to create a spider web design at the bodice. Chastain let the dress do all the talking as she opted to go without jewelry and wore her hair in a sleek bun. 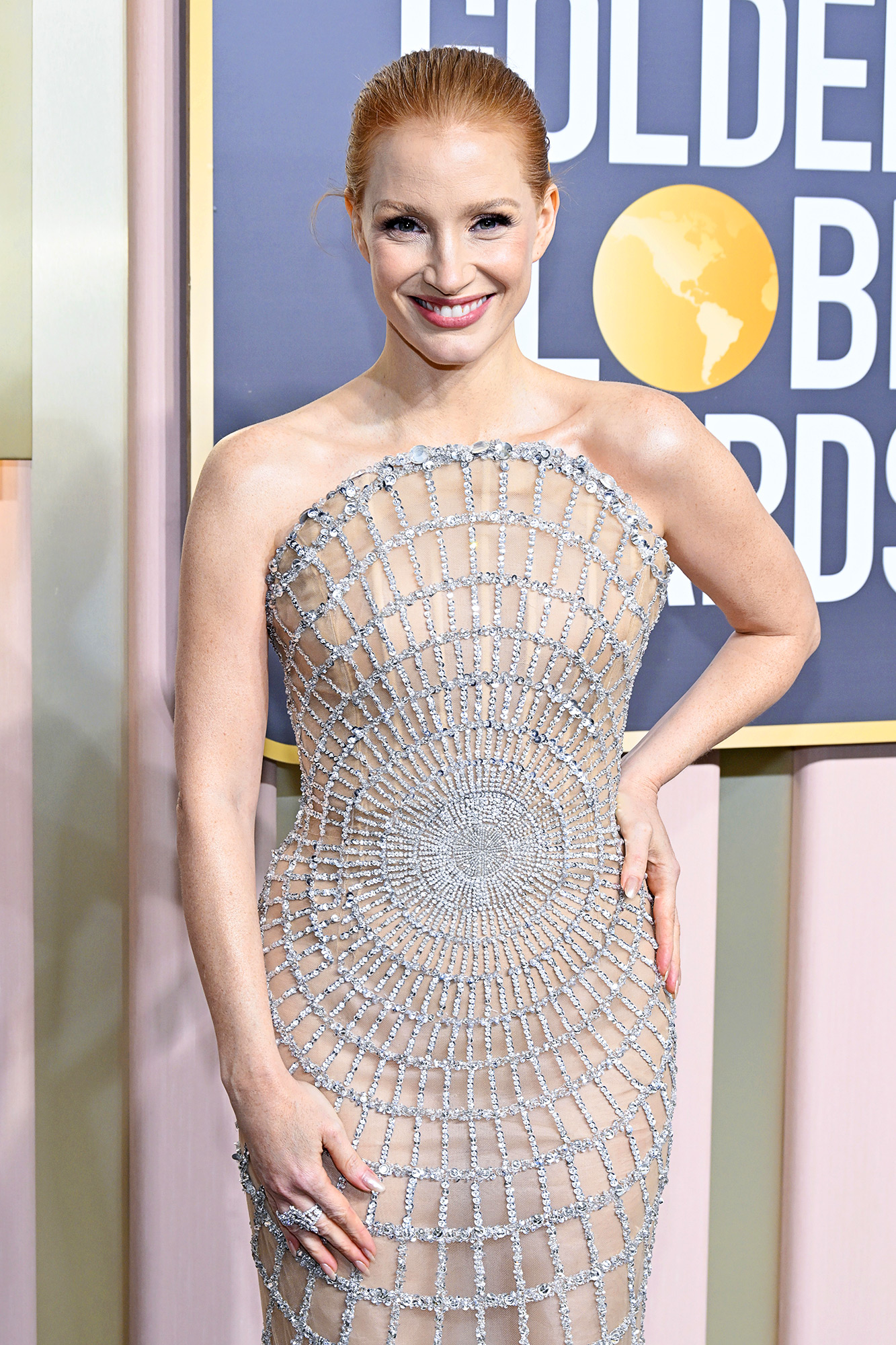 The Rebecca star, 33, had all eyes on her in a red gown by Versace that made it seem as though she was gliding on the carpet. The fiery design included a cutout at the bodice and a billowing skirt made of tiers of protruding cloth.

The Best Beauty Looks at the 2023 Golden Globes

The Wednesday star, 20, proved she’s one to watch as she made her grand entrance in a whimsical peanut-colored dud by Gucci. The robe-like ensemble featured webbed sleeves and an asymmetrical hem. The piece was finalized with material cut in crisscross straps that draped her waist. To top the outfit off, Ortega had her wolf cut, which she debuted in December 2022, in a voluminous blowout.