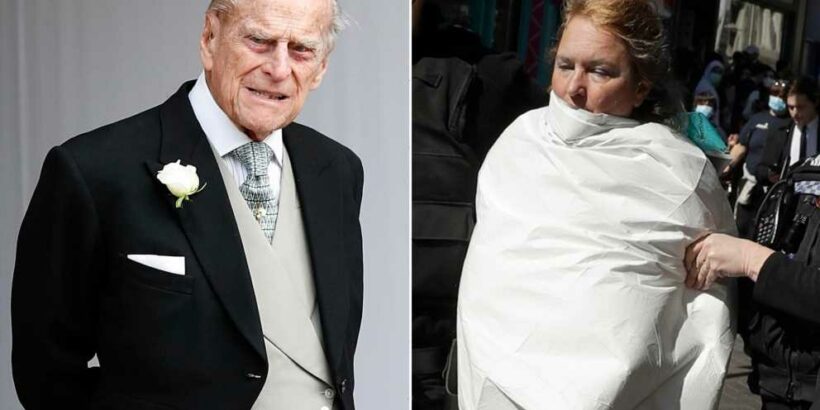 Prince Philip once apologized to Richard Nixon for being ‘lame’

A topless woman was apprehended by police guarding Prince Philip’s funeral Saturday after she disrupted the late royal’s service.

The unidentified protester ran onto the road outside St. George’s Chapel shouting “save the planet” as the crowd wiped away tears following a minute-long moment of silence for the deceased prince. She also attempted to climb the statue of Queen Victoria placed outside of the chapel before officers removed her from the premises.

Several well wishers showed up and observed the service from afar while only 30 close family members and friends were actually invited to the funeral to keep in line with COVID-19 restrictions.

Prince Philip, the Duke of Edinburgh, died April 9 at age 99, the longest-serving consort in British history.

The royal ceremony began as ranks of troops with heads bowed stood in the quadrangle of Windsor Castle as the coffin, covered with Philip’s ceremonial standard, his naval service cap and sword, and a wreath laid by Queen Elizabeth II, was borne out by eight guardsmen and laid in the bed of his specially designed Land Rover. 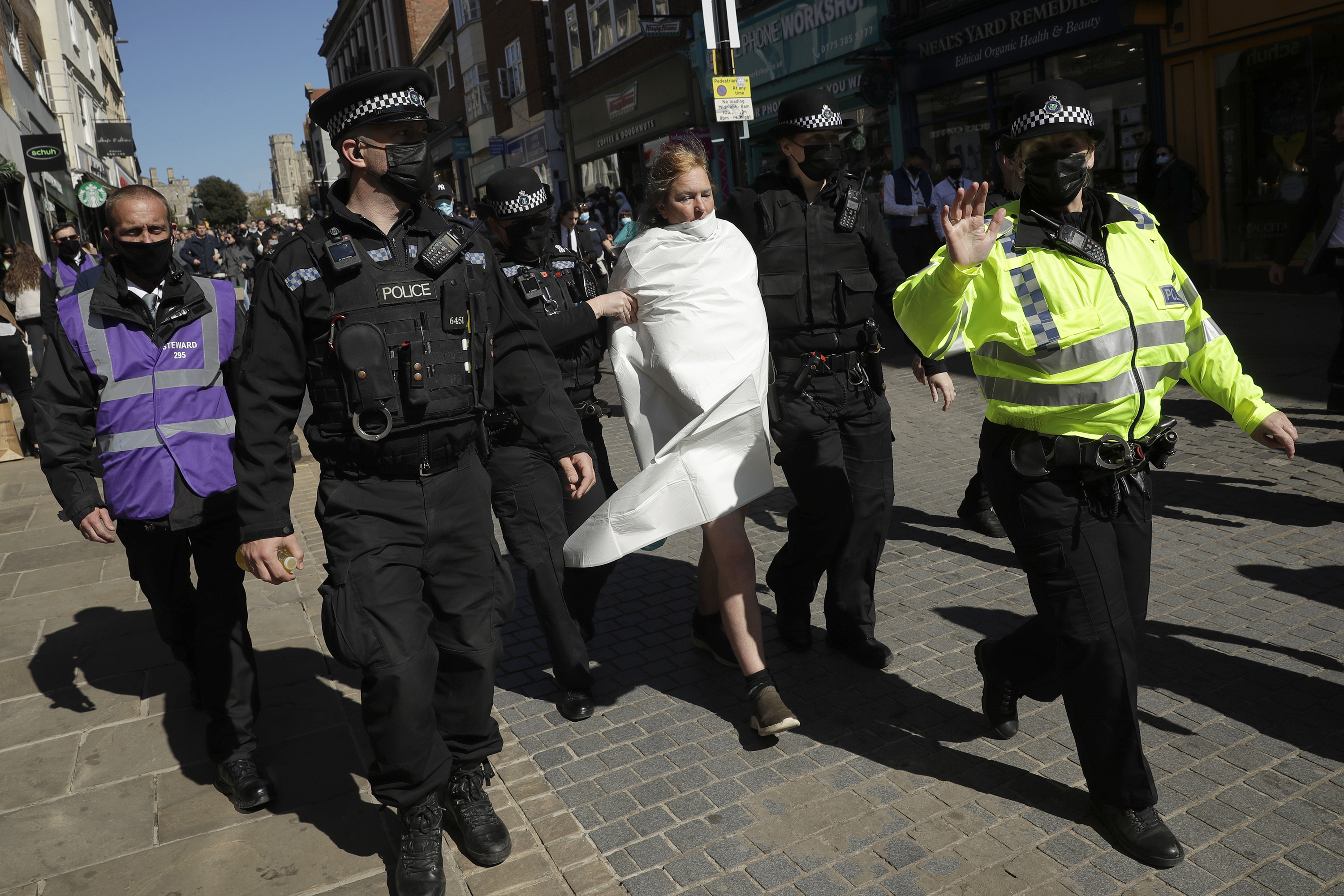 Princes Harry and William marched solemnly, but not side-by-side into the service. Afterward, they were seen talking to each other amiably after over a year of reported tension.

“They know it is not about them on Saturday – it is about honoring their grandfather’s memory and supporting their grandmother,” a royal source previously told The Daily Telegraph. “I would be extremely surprised if that wasn’t front and center of both their minds. They will be keen to spend time together as a family, in the same time zone for once.”