Shoppers have been sent into a bidding frenzy after a Topshop dress that has sold out online and in stores appeared on eBay.

The Mix Spotted Midi dress was priced at £49.50 when it first arrived in shops back in January where it quickly sold out in every size nationwide.

And despite being restocked in May it quickly flew off the racks again, leaving many fashion fans frustrated.

But now customers are able to get their hands on the contrasting printed dress – but at a price with eBay currently hosting 26 listings of the must-have gown, with bids as much as £200. 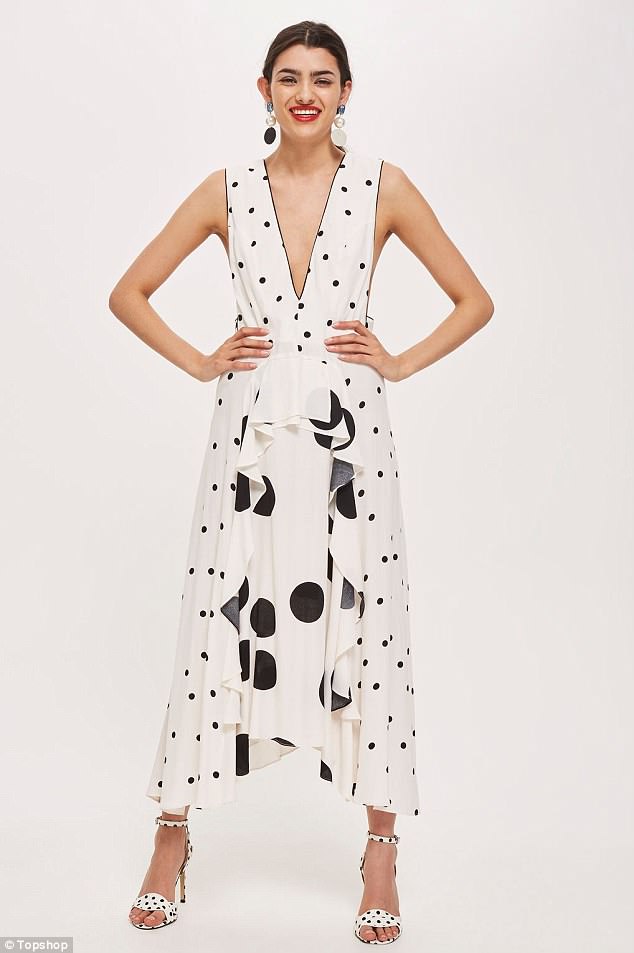 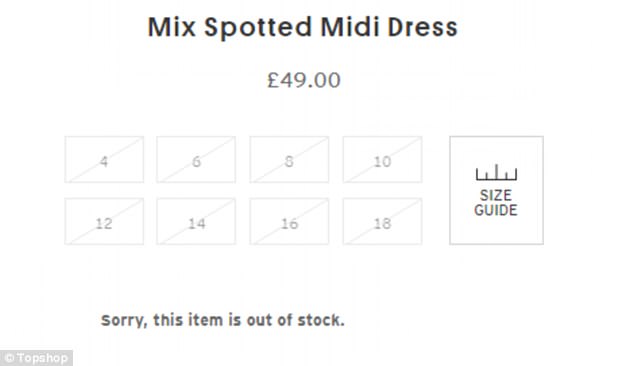 The dress, popularised by TOWIE’s  Chloe Lewis, is now fetching bids up to four times the original price on the auction site as fans scramble to get hold of it.

A size 10-12 appears to be fetching the highest price while dresses in a size 8 and 14+ are commanding more reasonable bids of less than £100 – but still double the original price.

It is highly likely the listings are the work of ‘fashion flippers’, who buy popular items in bulk and then list them online at hugely inflated prices. 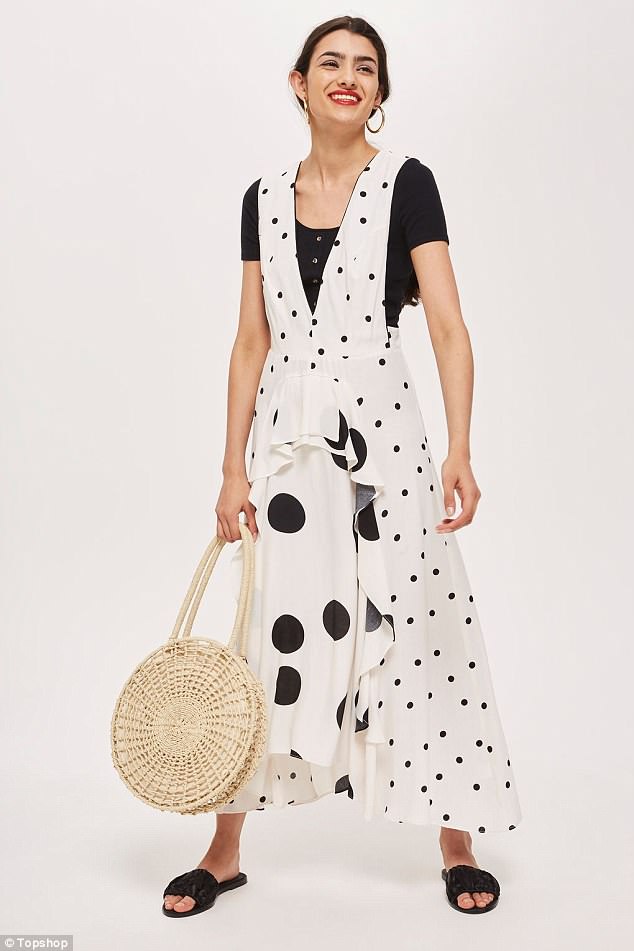 The Viscose dress is reflective of the polka dot trend seen on the catwalks of Dior, Valentino and Balenciaga this Spring.

Describing the dress Topshop writes: ‘Channel a modern look with our stylish midi pinafore dress with a mixed spot design.

‘We’re styling it with on-trend heels for a chic look that works for parties, proms and more.’ 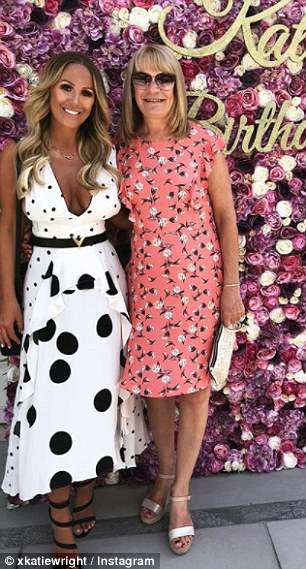 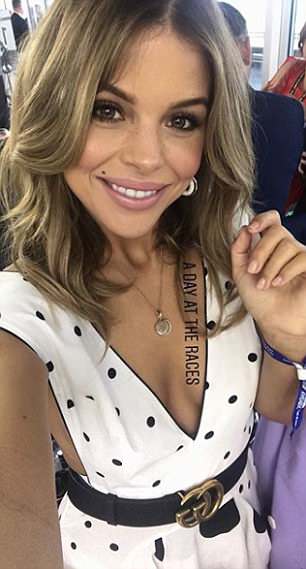 This is not the first item to cause a stir among Topshop customers with the high-street store seeing a similar reaction to a striped dress last month.

The retailer saw yellow and white striped sundress sell out in every size both in store and online as customers scramble to get their hands on the trending product.

The polyester dress features a plunging neckline and a wrap style waistline giving it an ultra flattering fit.

And those that did manage to get their hands on the £48 Cutabout Stripe Ruffle are cashing in by selling the dress on eBay at almost double the price.

There are currently 11 listings on the auction site with prices ranging from £74-£85. 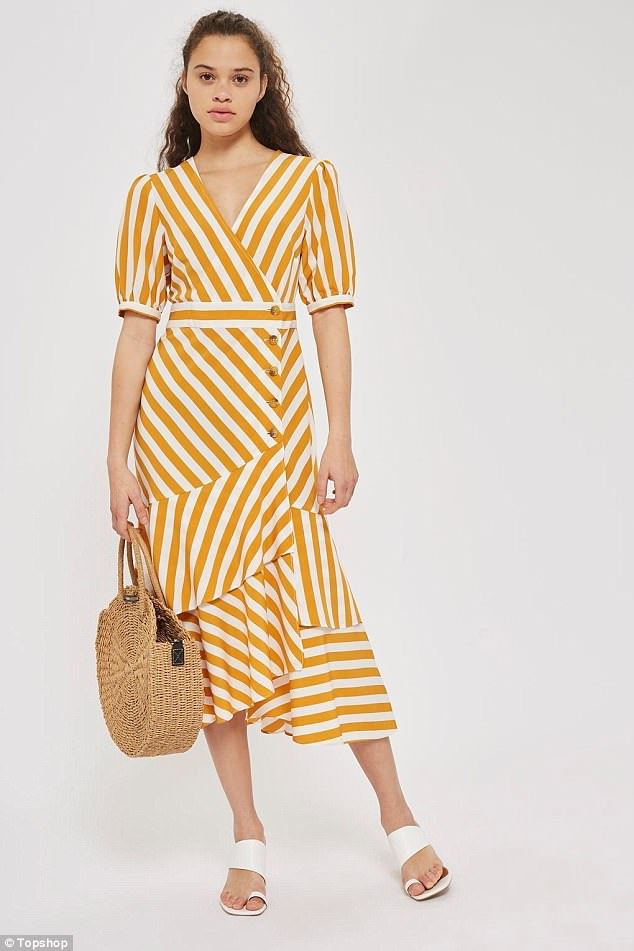 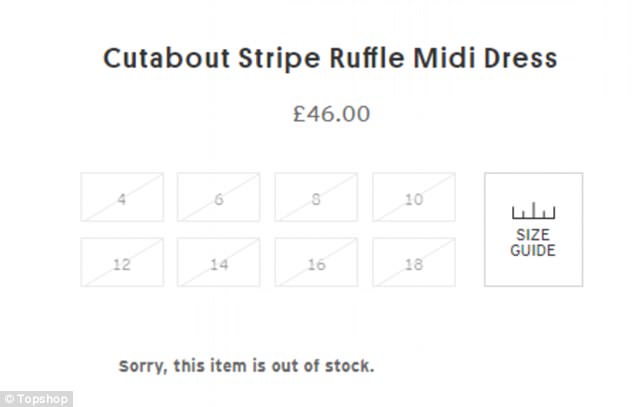 The dress is currently out of stock in all sizes online, having proved hugely popular among style enthusiasts 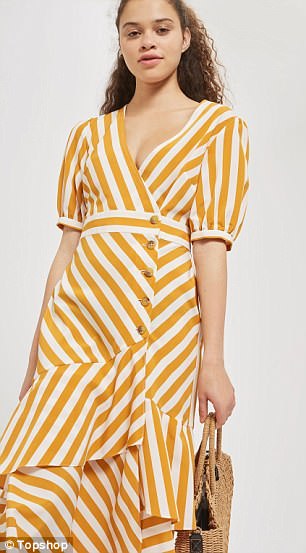 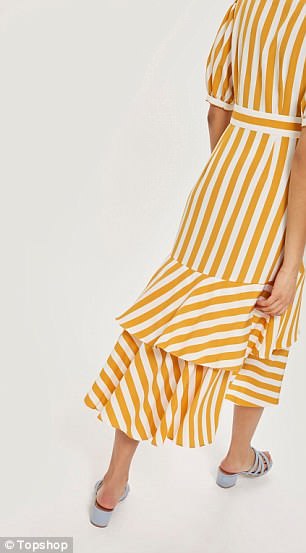 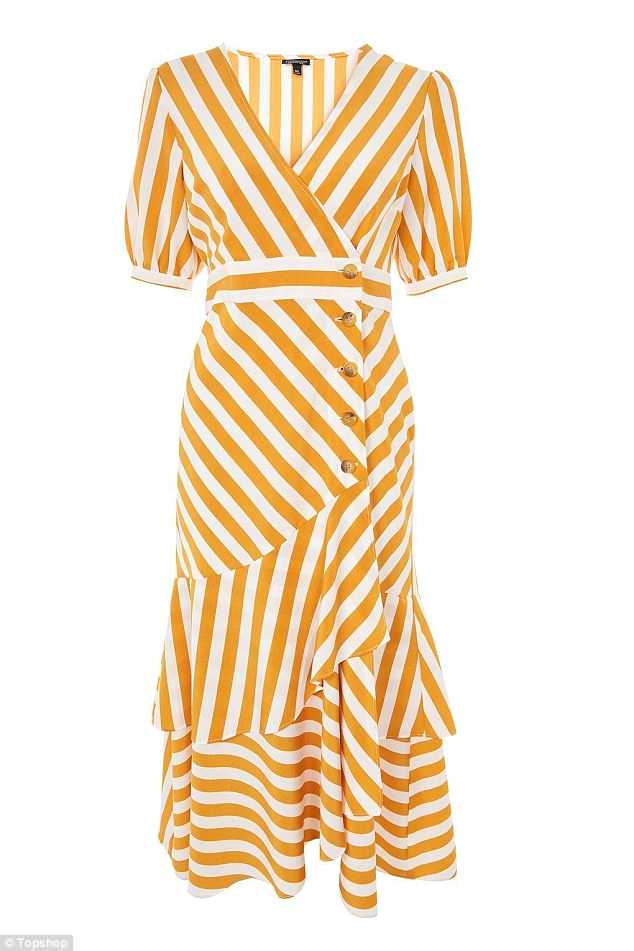 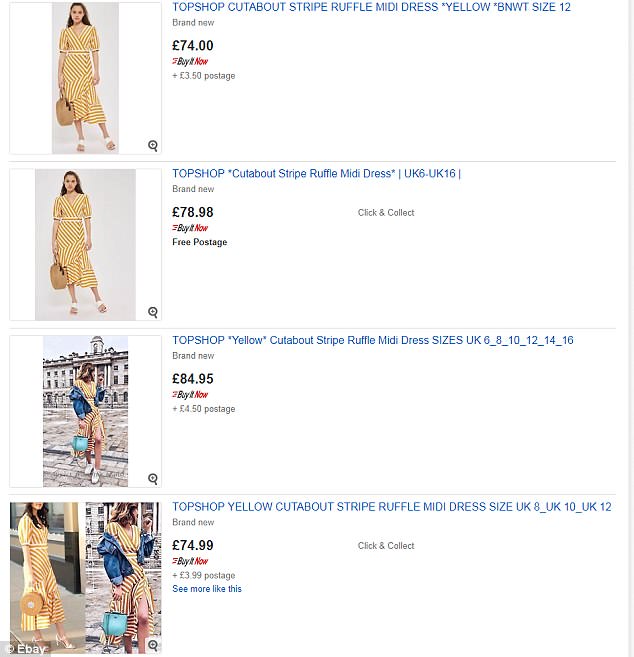 Describing the dress Topshop writes: ‘The midi dress gets a graphic update in a graphic yellow stripe.

‘This v-neck style is finished with a ruffled hem. Just add mules, sandals or pointed flats.’

The retailer has been intermittently restocking certain sizes of the dress online but they are selling out within a matter of hours.

Topshop first shared the dress with followers on Instagram in April, with the post receiving over 84,000 likes with customers eagerly inquiring when it would hit the shops. 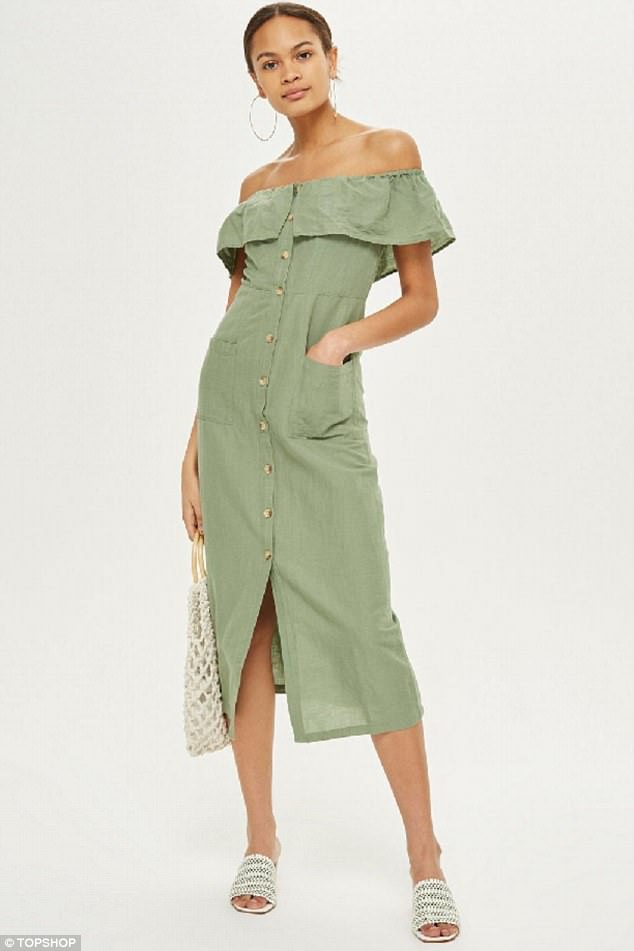 And earlier in May the retailer has had this season with a certain khaki dress proving popular.

The £32 summer dress suffered a similar treatment being flogged on eBay for almost double the original price.

The khaki-coloured linen number from Topshop has now sold out in all sizes.

Featuring an on-trend Bardot neckline and button-up front, the bohemian-inspired midi frock is made from a lightweight linen/cotton mix.

Described as perfect ‘for day or night’, it boasts a flattering nipped-in waistline and oversized pockets.

There are currently as many as four separate listings of the dress on the auction site, most priced at £59.99 – nearly twice its RRP.

In fact, one of the listings – described as brand new with tags – comes to £64.98 including postage and packaging.