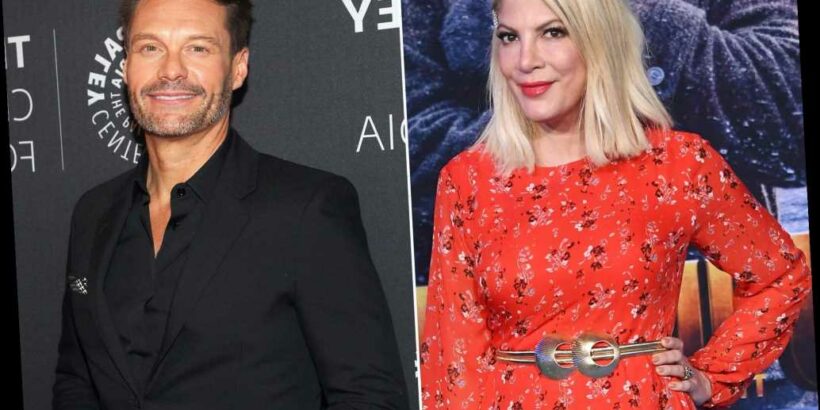 Tori Spelling has at least one regret from her days on “Beverly Hills, 90201:” She never got hot and heavy with Ryan Seacrest.

The 47-year-old TV star made the admission when asked about her romantic regrets on Lisa Vanderpump’s new E! Series, “Overserved” — and admitted that she would “would’ve been dating up” had she opted to pursue him when he appeared briefly on “90210” in 2000.

“Which celebrity should you have slept with that you didn’t?” Vanderpump asked, per Us Weekly, which offered up a sneak peek Tuesday.

“I could be a Kardashian right now,” she quipped, referencing Seacrest’s role in producing “Keeping Up With the Kardashians” and its assorted spinoffs.

Seacrest, 46, notched a role in the 2000 “90210” episode “The Final Proof,” hosting a game-show-within-the-show called “Lovers’ Lane” on which Spelling’s character, Donna Martin, was a contestant.

“I had a very short role as a game show host for a couple’s game show,” Seacrest said on ‘Live With Kelly and Ryan’ in 2017. “I was very excited to get that role … Part of the reason I moved to L.A. was because I watched ‘Beverly Hills, 90210’ and thought the world was just like that.