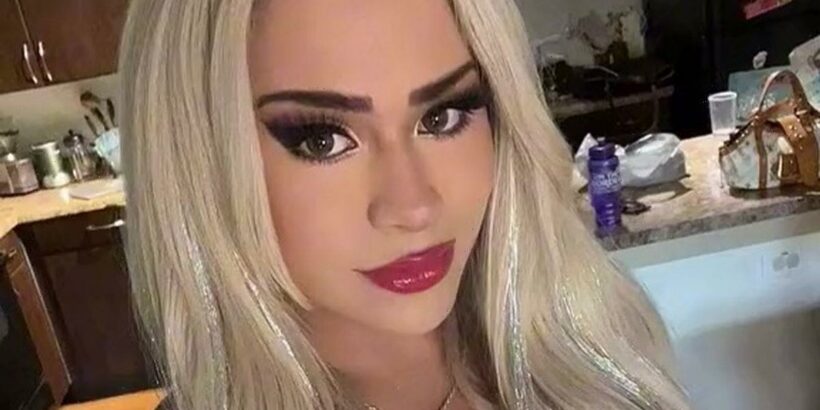 A transgender OnlyFans star has revealed how unrecognisable she is in comparison to her teenage years before she began her transition.

Eden Estrada, known online as Eden The Doll, was assigned male at birth and began her gender reassignment procedures when she was 20 years old, completing it with top and bottom surgery at the age of 21.

She is now unrecognisable in comparison to her pre-op self and took to TikTok to share photos of herself as a teenager, leaving fans shocked by how much she has changed.

In the video, which has gained more than 267,000 likes, Eden shows a clip of herself before cutting to photos of her teenage self as part of the Teenage Dirtbag trend that is sweeping TikTok.

The trend sees people sharing images of themselves in their teens to the track Teenage Dirtbag by Wheatus to show how much they've changed.

And according to the Los Angeles model's fans, she looks like she has completely transformed into someone else, which Eden has insisted is her real self in prior interviews.

Thousands of shocked fans flocked to the comments to share their amazement at her transformation, as one user writes: "Gosh your so pretty!!"

Another added: "Wait a damn minute."

A fourth said: "Was Not expecting that!!! Go off sis."

Eden clarified in the comments for anyone who is still unsure, writing: "For anyone still confused, I'm trans."

She also explained her surgeries, adding: "I’ve only had body surgery my face is 100% natural."

In an interview back in 2017, Eden explained to the Mirror how her career as a fashion model began before her transition and how strange it felt for her trying to be confident in her body at that time.

“My modelling career started before I transitioned — I was in Vogue when I was 16," she said.

"It was really strange for me modelling before I transitioned because my body wasn’t fully there. Now that I’m doing it, I feel amazing.

“To medically transition was basically the most fulfilling thing I’ve ever done in my life because to see your body, your mind and your soul finally change and be the person you wanted to be there’s no way to describe that.”