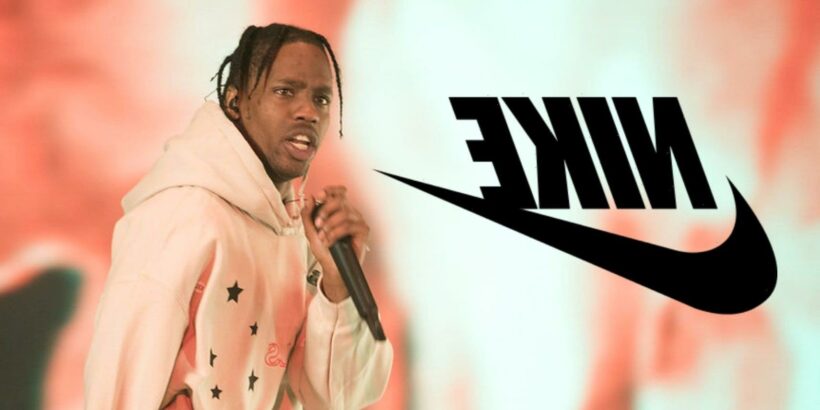 Travis Scott found himself surrounded in controversy following the fatal Astroworld Festival last year. But his reputation hasn’t appeared to suffer too much, if his latest collaboration with Nike is any indication.

According to TMZ, the rapper released his first collaboration with Nike since the festival on Friday. The clothing release includes a series of pants, jackets, shirts, and more, but the real showstopper was the new Travis Scott Air Trainer 1s.

Only two pairs of the Air Trainers were released during the collaboration. Anticipating the demand would be high, it was determined ahead of time that a raffle would be held to choose the buyers.

Sources told TMZ that over 1 million people signed up for the raffle within 30 minutes. The publication adds that Travis’ team worked with website developers to set up anti-bot protection to ensure no one had an unfair advantage.

Given the popularity of the drop, this certainly won’t be the last Nike x Travis Scott collaboration. Rumor has it that another collection will drop sometime next week and may even include a pair of Airmax.

The Nike collection isn’t the only recent sign that Travis’ star power has ceased to fade following the Astroworld tragedy. For instance, ticket sales for his performances haven’t faltered.

Travis gave his first public performance since the festival earlier this month, performing to a sold-out crowd. The rapper gave a set at Miami’s E11EVEN Club, as part of the Formula 1 Race Week celebration. Prior to that, Travis only gave a few select performances at private events, including a Coachella afterparty.

The rapper is facing multiple lawsuits connected to the fatal festival. Earlier this year, it was reported the total value of the lawsuits filed against Travis and other festival organizers was over $10 billion.

10 people were killed during the festival after the crowd started to surge, including children. Hundreds of people reported injuries in the aftermath.

Travis has come under scrutiny for continuing to perform while the chaos was ensuing as well as for attending an after party. However, he claims he didn’t know the severity of the incident until well after.

Travis, who welcomed his second child with Kylie Jenner earlier this year, has been doing damage control in the wake of Astroworld. In addition to getting back to performances and collaborations, the rapper has also been doing charity work. Most recently, Travis made headlines for donating $1 million to go directly to Black students who are graduating this year.