Treasurer Josh Frydenberg has denied house prices would rise significantly due to the Coalition’s superannuation for housing policy, after the announcement sparked backlash from Labor and set up a fight over housing affordability just days out from the federal election.

The policy, announced at the Coalition’s official campaign launch on Sunday, would allow first home buyers with at least a 5 per cent deposit to withdraw 40 per cent, or up to $50,000, from their superannuation account to buy a home. 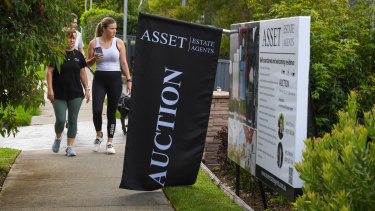 In an interview on ABC’s RN Breakfast on Monday, Superannuation Minister Jane Hume acknowledged the policy could lead to a short-term bump in house prices.

Speaking to the same program on Tuesday morning, the Treasurer pointed to comments from the Property Council who said the policy wouldn’t inflate prices.

“What we do know is that the overall amount of residential property transactions every year in Australia is around $700 billion. Now, there are 100,000 home buyers, all of them have access to a maximum $50,000,” he said.

“You’re talking about a $5 billion increase in the amount of money that’s coming into the housing sector in terms of overall $700 billion dollars with a transaction each and every year. It’s really a small fraction of that.”

But first home buyers make up between a quarter and a third of the active housing market each year.

Economists – and former Prime Minister Malcolm Turnbull – believe the policy will have at least short-term effects on property prices in the absence of solid policies to increase housing supply.

Frydenberg was pressed again to say whether the policy would push up prices.

“I can say hand on heart that we don’t expect this to have a material impact on house prices,” he said.

He said the retirement income review found that people who owned their own home were less likely to retire in poverty or live under financial stress.

“So for many of us, buying your first home, owning your own home is your single most important asset and it gets you on that ladder earlier by being able to, in a responsible way, access your super,” he said.

On Monday, Shadow Treasurer Jim Chalmers said the policy was an 11th hour idea from the Coalition government, and first home buyers were realising it would have a “diabolical” effect on their superannuation balances.

“Economist after economist is lining up to pan this dumb idea that we’ve seen from this Prime Minister six days out from the election,” he said.

“If the Liberals thought this was a good idea, they would have done it in one of their nine Budgets, and not as a desperate last-minute act of political and economic vandalism, which will bulldoze your super and push up house prices.”