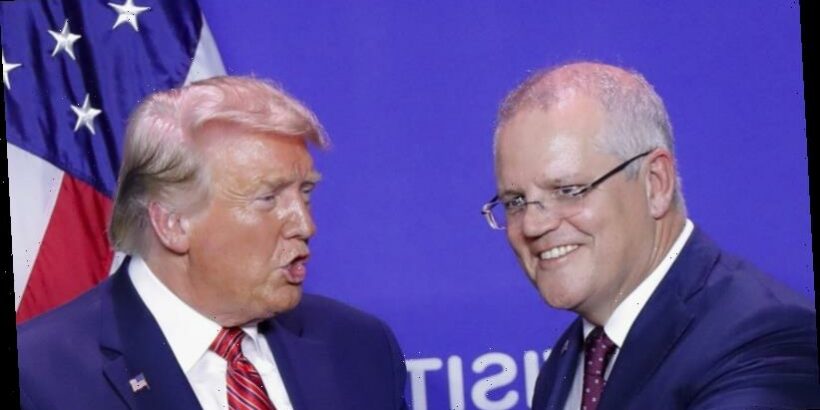 Donald Trump has always had his supporters on the conservative side of Australian politics, but he is a disgraced and diminished figure after the insurrection at the United States Capitol.

Many Australians who could agree with Trump on some things – tax cuts, most of all – see him very differently after he falsely claimed electoral fraud and incited a violent mob to march on the Congress. 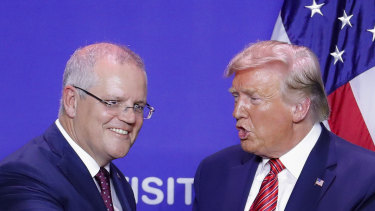 Scott Morrison famously stood alongside Donald Trump at a factory opening in Ohio that had the look and feel of a campaign rally. Yet there was always a scepticism or wariness about Trump and his policies in the Morrison office.Credit:AP

Another Liberal, Andrew Bragg, is especially damning of the US President in the light of the physical damage to democratic institutions in Washington, DC.

“Most mainstream liberals and conservatives would be shocked by the scenes in Washington,” Bragg, also a NSW Liberal senator, says.

“This violence was shocking and very unpopular amongst our supporters. As a movement of ‘institutionalists’ the riots have diminished the President in the eyes of many of our supporters.”

These verdicts show a reassessment of Trump and his populist movement at a time when Prime Minister Scott Morrison reserves public judgement.

Asked if Trump bore responsibility for the riot, Morrison condemned the violence, side-stepped the question and avoided any personal criticism of the President.

Labor leader Anthony Albanese has rebuked them both for failing to call out behaviour that threatened American democracy. Labor believes Morrison and McCormack are afraid of offending their own conservative base. 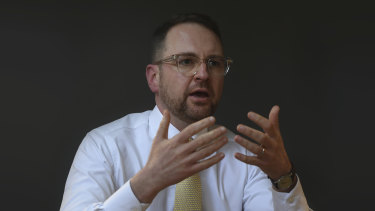 Senator Andrew Bragg: “Most mainstream liberals and conservatives would be shocked by the scenes in Washington.”Credit:Peter Braig

These comments on Trump come at a time when some Liberals and Nationals are speaking up on other fronts. Some are fed up with one of their colleagues, Liberal MP Craig Kelly, for publicising COVID-19 treatments that have not been shown to work.

“We have a duty to our nation to follow the evidence and facts,” says Fiona Martin, the Liberal MP for Reid in Sydney’s west and a child psychologist before she entered Parliament.

So why won't Morrison criticise Trump?

Liberal MP Dave Sharma, the member for Wentworth in eastern Sydney and a former ambassador to Israel, says a national leader should avoid public criticism of another country's head unless their nations are in conflict.

Criticise a country's policies, says Sharma, but not its leader.

Julian Leeser, the Liberal MP for Berowra in northern Sydney, says Morrison made the right assessment of the Washington violence.

“I don’t think he needed to go any further – these are the internal matters of another country,” says Leeser.

“The key thing for us is maintaining the alliance and I think we have done that extremely well.”