I liked the sound of Slacks Creek. It sounded like a place where people wore badly fitting trousers and loitered about doing sweet bugger-all. But as soon as I saw Mum pack the frypan, the pot, the icebox and the Pine O Cleen into our suitcase, I knew there was no chance of us doing that on our first Australian family holiday.

"Expect the houses to look like the ones in Braybrook, but on stilts," warned my mum when we were on the plane. We had grown up in Braybrook, Victoria, a town filled with the noxious fumes of carpet factories. 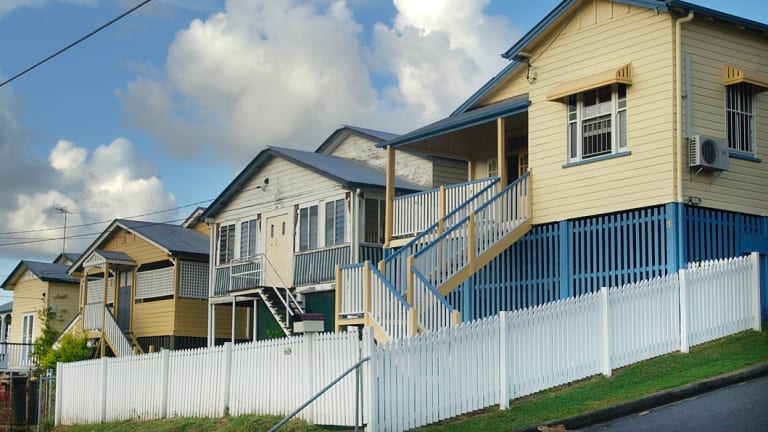 “The houses in the Cambodian countryside were built like this,” my father told us, “and they kept buffaloes below.”
Credit:AAP

Once, Dad and I had seen a picture of our former prime minister's childhood home in a newspaper. It looked just like ours – white and square – and we had suddenly felt an affinity with our leader.

Now we were going to holiday in a Paul Keating childhood home on legs. My father was as excited as a pioneer about this Queensland trip. "The real estate agent connected up the electricity and water for us, so everything is all set to go!"

My parents had bought this house, inspired by our Aunt May. My aunt had secured a whole string of Queensland properties, and spent her summer holidays fixing them up.

My uncle and aunt would drive their family of young kids up from Melbourne with a carload of crockery and dried Asian food, and sometimes even a second-hand television. They stayed in their unrentable ramshackle houses, and my very handy uncle would change the carpets, fix the lights and paint the walls until the property was in top shape again. Then they'd rent it out and move on to the next one.

They were resourceful and hardworking and good-humoured, but of course we could never ask them to have a look at our investment property in Slacks Creek.

It was like a phlegmy sick relative with rotting teeth no one wanted to go near. Every time a tenant discovered a new injury – faulty stove, dodgy cupboards that would not close, a slightly shifty wall – the real estate agent would call us up in Melbourne. A while after the last tenants left, I asked my dad what we should do, because the house had already not been rented out for five weeks.

"Don't worry," he said. "It's about time we took a family holiday. Then we'll get it fixed up." 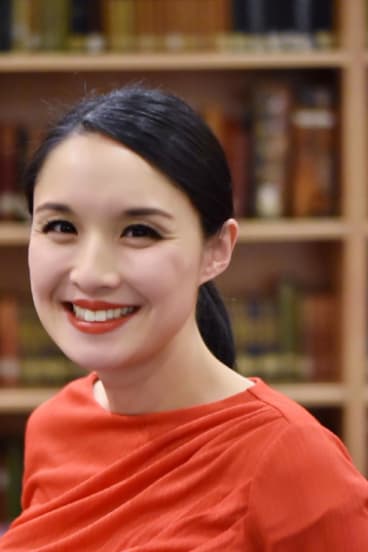 But when we arrived in Queensland, I realised that people did not take their holidays in Slacks Creek. I realised this when I saw the house next to ours. It had 4½ cars parked out the front, with grass growing between some of the wheels.

A father and his scruffy-haired child came out and watched Dad back the car into our driveway. I watched the bewilderment on our new neighbour's face when he noticed the Europcar sticker on the windscreen. What the fig? What kind of neighbour hires a silver Tarago?

We got out and looked up at the three-bedroom unrenovated Queenslander that had been rejected by three tenants. "The houses in the Cambodian countryside were built like this," my father told us, "and they kept buffaloes below."

We had never seen a Queenslander before. We marvelled at the wooden beams beneath the house, while my mother beamed because she had four kids and did not need to pay for a hotel. This would be our home for the next 10 days. As we helped Mum unload supplies from the car, my brother and I secretly felt like refugees for the first time in our lives.

We drove to Woolworths and bought food, a mop and spider-killer spray. When we returned, we tied Chux wipes to our feet and skidded along the floorboards in the living room. My sister Alina crawled around like a labrador, with cleaning cloths on her hands and knees. My brother, Alexander, wiped the windows with Windex. He looked out. "The neighbours are still watching us."

He had said a similar thing when someone once chucked a stone through our front window in Braybrook. It left a large crack and we didn't get it repaired until we sold the house. "Don't worry. We're just living humbly," he would say. We never opened that window again, and kept the blinds drawn.

Bit by bit, the house of my childhood grew darker as the trees grew larger outside with no one to prune them. "Don't worry. We're just living privately," said my dad. But before we were completely closed in by all this private humility, and to get away from the fumes, we moved. My parents had worked for two decades to buy our birthday cake of a mansion on the hill.

After we moved, we lost our asthma and gained a greater appreciation for the genteel lifestyle. My mother also discovered White King, the household bleach that could disinfect anything. She had brought the White King to Slacks Creek.

She rolled up her trousers and scrubbed the bathtub, because it would also become our laundry basin for the holiday.

There were no beds but we had enough sleeping bags and blankets to spread out on the floor of the living room. We all lay on the floorboards that first night, happy and exhausted. The warmth of the Queensland evening felt good.

"Haven't been this way for ages," said Dad.

My parents had walked across Cambodia, Vietnam and Thailand before they were accepted to come to Australia. They had slept on many floors. "It's nice to get back to one's refugee roots," sighed Dad.

"Make sure those roots don't get head lice," warned my mother.

"Mum, we haven't had head lice for years," I protested. "Those sleeping bags are clean."

"When we were in the Thai refugee camp," Dad continued, "we slept on a straw mat about this size." He indicated an area the size of one of our sleeping bags. "You were manufactured on that mat. Manufactured in Thailand, but assembled in Australia."

"Ewww!" I said, but he liked telling that story about how I came to be. The next morning, we woke up early to begin our drive to the first theme park: Movie World. Mum was already up. She had washed and hung out our clothes from yesterday's cleaning spree and was rummaging through our supplies of food.

Coming from years of war and starvation, my family were parsimonious with everything except food: we ate lychees and abalone, prawns and mangoes in our house.

My siblings and I couldn't say "we're starving" to parents who knew what it was like to starve.

We couldn't say "I'm dying of boredom" to parents who knew what death in decomposing multitudes was like. So we could never really be hungry or bored on holidays.

Every day Dad would drive us out to do the usual things holidaying families did in Queensland. We visited the Big Pineapple and the Sunshine Coast. My brother bought my sister a furry white toy seal at Sea World, and we had our pictures taken at Wet'n'Wild, howling down a waterslide on a floaty round raft. But we'd return to the house in Slacks Creek every evening, where local children walked barefoot to the Woolworths with a fistful of coins and bought icy poles. We'd sit on the verandah after Mum had made dinner and spray on the Aerogard.

We were lucky that we were not refugees and that this was all a game. Dad did not gather us round, wave his arm over our property in Slacks Creek and say, "Someday, this mortgage will all be yours," but we knew. One evening Mum said, "Someday you will all have families and you will take them on holidays like this one."

But I also knew that we would probably never take our families on such trips. We were not really brave like our parents. We would just book hotels, because we would never be as resourceful and self-sacrificial to the next generation. Dad and Mum had arrived in Australia with one suitcase, and there was nothing in it. This probably explained why they packed so much on holidays.

On the last day, Dad called the real estate agent to arrange for repairs to the house. Mum told me to pop over to the neighbours and give them our remaining theme park tickets.

As we loaded our frypans and cleaning supplies into the back of the rented Tarago, the neighbour and his daughter stood outside watching us, the Sea World tickets still in their hands. We must have been the weirdest tenants they'd ever met. We waved to them as we drove off, and they waved back.

This article appears in Sunday Life magazine within the Sun-Herald and the Sunday Age on sale November 4.