Why tweeting makes you sad, mad and bad to know: American computer scientists reveals how our addiction to social media impacts our free will

The other day I was in Muswell Hill in North London and about to use a pedestrian crossing. As always, you need to press the button to make the traffic lights change.

Am I entirely alone in regarding this as a form of mental illness? It sometimes feels like it, although in Jaron Lanier, an extraordinarily hairy computer scientist from California, I may have found an unlikely ally. Lanier believes that social media is, to be blunt, ruining our lives. 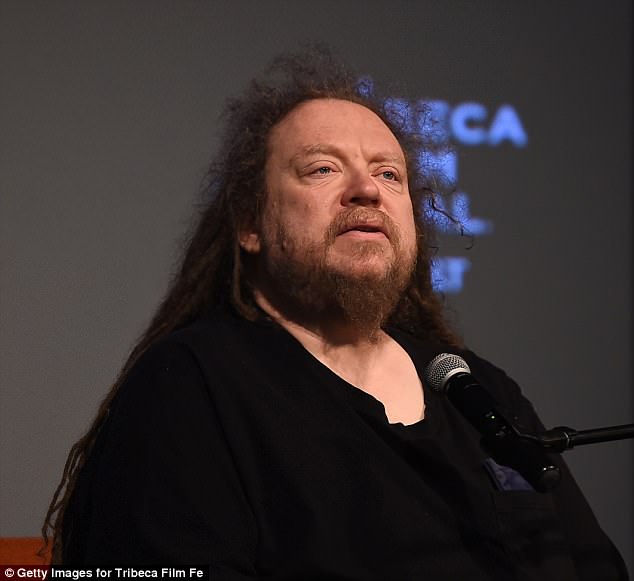 This brief but powerful book outlines why. I should probably say here that I do not have a mobile phone, and haven’t had since September 2016, when I left it on a lectern at a quiz I was presenting.

I have meant to replace it, but for some reason — maybe unbounded joy and happiness — have never got round to it.

Nor do I ever tweet. I have a friend, another writer, who tweets between 15 and 20 times a day, and everyone wonders why his latest book is more than two years overdue. But I do like Facebook, primarily because you’re addressing your friends, while on Twitter you’re addressing a wider public. My friends I like; the wider public I feel I can probably do without.

Lanier, though, is brutal about Facebook’s intentions and its effects on people, both individually and communally. We think we are Facebook’s consumers, but we are not. We are its products. Its consumers are the advertisers, above and below the line, who pay Facebook billions in order to influence our opinions.

This may sound like hippy-dippy paranoia, but why would they pay these billions if the site didn’t work so well? During the 2016 U.S. election, Facebook offered to help both the Trump and Clinton campaigns use its site more effectively. Trump said yes, Clinton said no. Lanier believes this decision alone cost Clinton the election.

Lanier’s ten arguments are strong and convincing, and become more so as they accumulate. One is, ‘You Are Losing Your Free Will’. Lanier says that addiction and free will are opposites, and many people are clearly addicted to social media.

‘Welcome to the cage that goes everywhere with you’ is one chapter title. Next up is the slightly clumsy ‘Quitting Social Media is the Most Finely Targeted Way to Resist the Insanity of Our Times.’ Is that true? I just go and sit in the park with a good book, which does the job admirably. 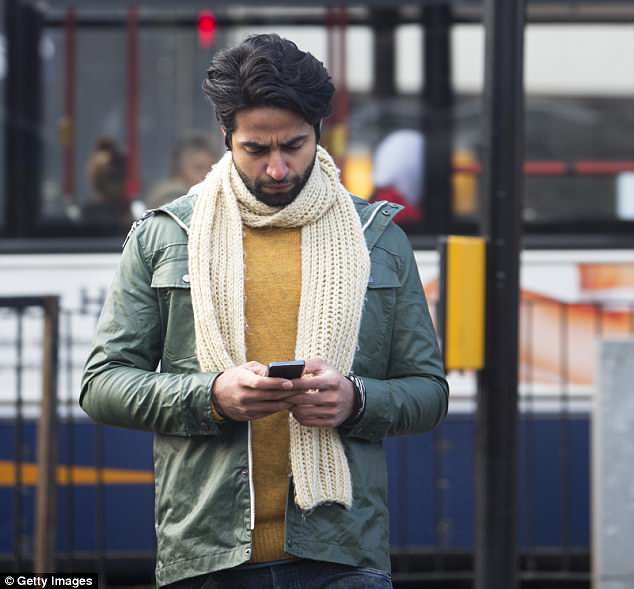 Jaron says social media is making us more unhappy as well as undermining truth. Many people are influenced by what they see others posting (file image)

Here, Lanier introduces his most powerful idea, that social media’s business model is one in which the incentive is to find customers (advertising agencies, deranged politicians, evil Russians) prepared to pay to modify the behaviour of others.

Argument three is that ‘Social Media is Making You into an A**hole.’ This seven-letter word is Lanier’s favourite and becomes wearisome very quickly.

It only needs two or three rich friends of mine posting photos of their wonderful holidays to places I shall never be able to afford to bring my mood crashing down, and my mind contemplating sending hitmen round to their swimming pool to murder them where they stand. 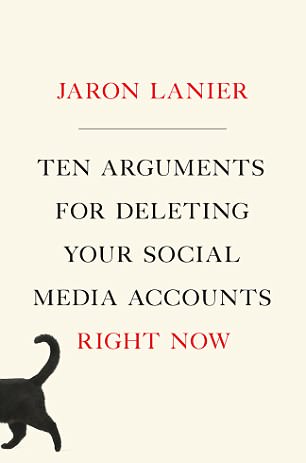 If the world could be fuelled by people showing off on Facebook, there’d never be the smallest talk of an energy crisis.

‘Social Media Is Making Politics Impossible’. Lanier is convinced that the way Facebook and other sites aim different content at different people — all of it determined by their mighty algorithms — has actually polarised political opinion, so that Right-wing people become more Right-wing, Left-wing people become more Left-wing, and everyone in the middle is left floundering and unrepresented. Ring any bells?

In fact, the only real flaw with this intelligent and possibly even important book is its prose.

Nonetheless, I suspect that he is right about everything.

The choice is clear. Cross the road with me, or stay on the pavement, fiddling with your mobile phone while the world burns.