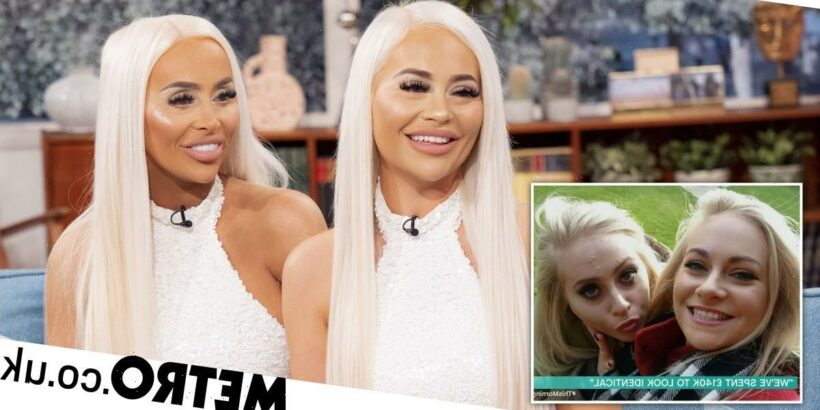 Twins looking to get matching designer vaginas have already spent £140,000 to look like each other, leaving This Morning viewers stunned.

Sibling duo Daisy and Dolly, 25, appeared on the ITV daytime show on Monday morning and opened up about changing their appearances to look more alike after getting bullied at school.

Speaking to Holly Willoughby and Phillip Schofield, Dolly said: ‘When we go to the surgeon we do try and ask for the same look and get same result.’

The sisters bring in £10,000 a month from OnlyFans, having turned to the subscription site after working for a while as strippers.

They first started with lip fillers aged 18 before moving onto matching boob and nose jobs, and they even try to get their procedures booked for the same day.

Daisy added: ‘Straight away we liked the way our lips looked when they are fuller. We did think, “What else can we get next?” ‘ 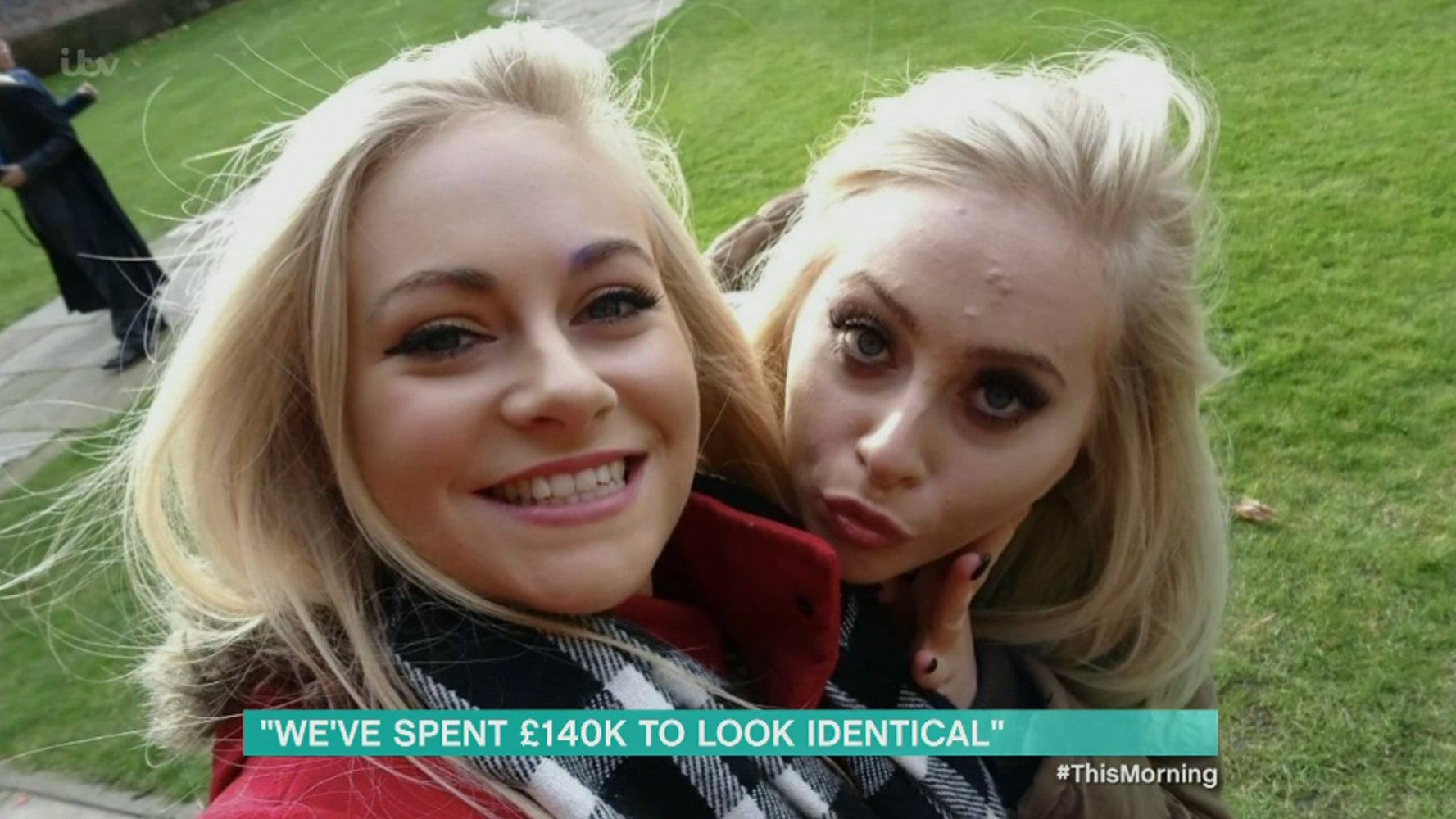 However, Daisy hasn’t had the same procedure – which is a reduction in the tissue on either side of the vagina – just yet because the pandemic caused some logistical issues in getting it booked.

The twins appeared on the show with their mum, and acknowledged that different bone structures mean they won’t ever be totally identical.

This Morning viewers couldn’t believe what they were seeing, with one viewer writing: ‘Twins spent £140k to look identical, but don’t look identical. The doctors who are doing these procedures are a disgrace and clearly only thinking about the money and not the mental health of these girls.’

Another added: ‘The twins on @thismorning have totally ruined themselves! They were so beautiful before all their surgeries! WHY do surgeons allow people to go too far?’

And a different viewer tweeted: ‘No judgement but those girls (twins) were beau before surgery. Good luck to them but it’s a shame they’ve felt they needed to change themselves so drastically.’

This Morning airs weekdays at 10am on ITV.