‘I loved sugar and dried onion sandwiches’: Twitter users share the bizarre eating habits they had as children – and they’re enough to put you off your dinner

Children have a reputation for being fussy eaters, and judging by these confessions what they are prepared to stomach is rather unappetising.

A new Twitter thread has seen users share the weird and wonderful eating habits they had as a child.

From banana and mayo sandwiches to salted lemon slices, the results were hilarious and pretty stomach-churning.

The thread was started by Texas based host Sam Sanders who asked his followers to share the strange foods they used to eat when they were little. 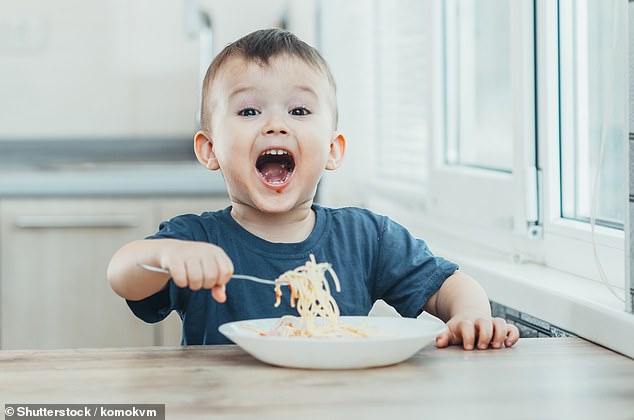 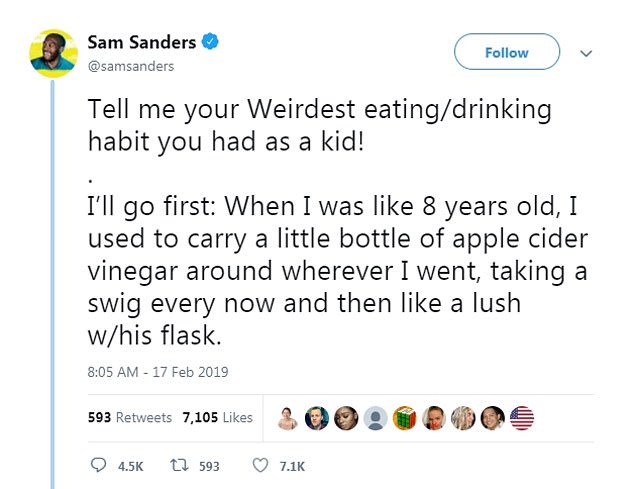 The post read: ‘Tell me your Weirdest eating/drinking habit you had as a kid!

‘I’ll go first: When I was like 8 years old, I used to carry a little bottle of apple cider vinegar around wherever I went, taking a swig every now and then like a lush w/his flask.’

Users were quick to respond, confessing the bizarre food combinations they used to eat as a child.

One user wrote: ‘Bananas (cut lengthwise) and mayo sandwiches. I thought that was a normal thing when I was like….6. I’d ask other neighborhood moms for it instead of pb&j’.

Twitter users responded with their hilarious and stomach-churning food combinations

Condiments seemed to be a running theme with another Twitter user admitting: ‘My cousin use to make us ketchup toast. It’s just ketchup on untoasted white bread’.

Diet coke also had several mentions with people using it as a ‘sauce’.

One user wrote: I ate plain spaghetti in a ‘sauce’ of Diet Coke on more than one occasion.’

Another confessed: ‘I always dunked my pizza crust in my coke. Still do sometimes actually. I also used to crush up Doritos on top of vanilla ice cream. I like sweet and salty, okay???’.

Condiments and Diet Coke got several mentions on the Twitter thread