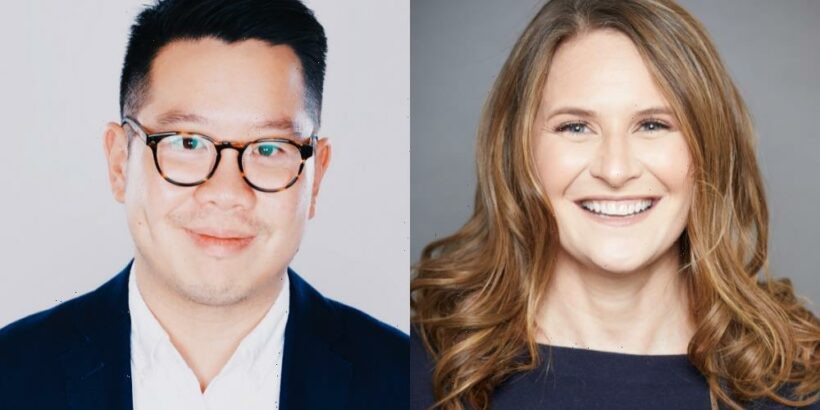 In these newly created roles, Franko and Tsai will manage day-to-day current series across cable and streaming platforms for the studio, per UCP. They will both work closely with development on series pick-ups, serve as a liaison between production and other studio departments, manage up-and-coming writers for the studio and build and maintain industry relationships.

Franko will oversee the shows “Joe vs. Carole,” “Ted,” “Gaslit” and more. Tsai’s series include “Queer as Folk,” “The Umbrella Academy,” “Chucky,” among others. The duo will report directly to JoAnn Alfano, executive vice president of scripted current series and head of international business development.

“We are thrilled to welcome Rebecca and Kenny to the team to help guide UCP’s growing slate of premium programming,” Alfano said. “Our impressive slate requires equally impressive executives. Rebecca is a highly respected executive and producer with a wealth of experience, and Kenny is a star with a record list of accomplishments.”

Prior to joining UCP, Franko was head of development at Spondoolie Productions, where she managed series development and production. There, she also produced Hulu’s “Veronica Mars” revival and The CW’s “The Lost Boys” pilot, as well as co-produced “iZombie” for The CW. Before that, Franko spent 19 years at Warner Bros. Television with 14 of those in current programming, working on series such as NBC’s “Chuck,” “The New Adventures of Old Christine” on CBS, Hulu’s “11.22.63,” “Lethal Weapon” on Fox, and The CW’s “The 100” and “Gossip Girl.”

Tsai was previously vice president of current programming at Universal Television, where he was responsible for overseeing a roster of drama and comedy series that include the recently launched “Bel-Air” on Peacock, as well as Netflix’s “Master of None” and “Never Have I Ever,” Amazon Prime Video’s “Harlem,” Peacock’s “Saved by the Bell” and the Apple TV Plus anthology “Little America.” He started in the industry as the showrunner’s assistant on HBO’s “Boardwalk Empire” before moving over to UCP and Universal Television, where he worked on A&E’s “Bates Motel” and NBC’s “Good Girls.”