THE UK is heading towards a double-dip recession according to economic experts.

The resurgence of coronavirus and the closing of borders along with Brexit in January has led economists to predict another recession in 2021. 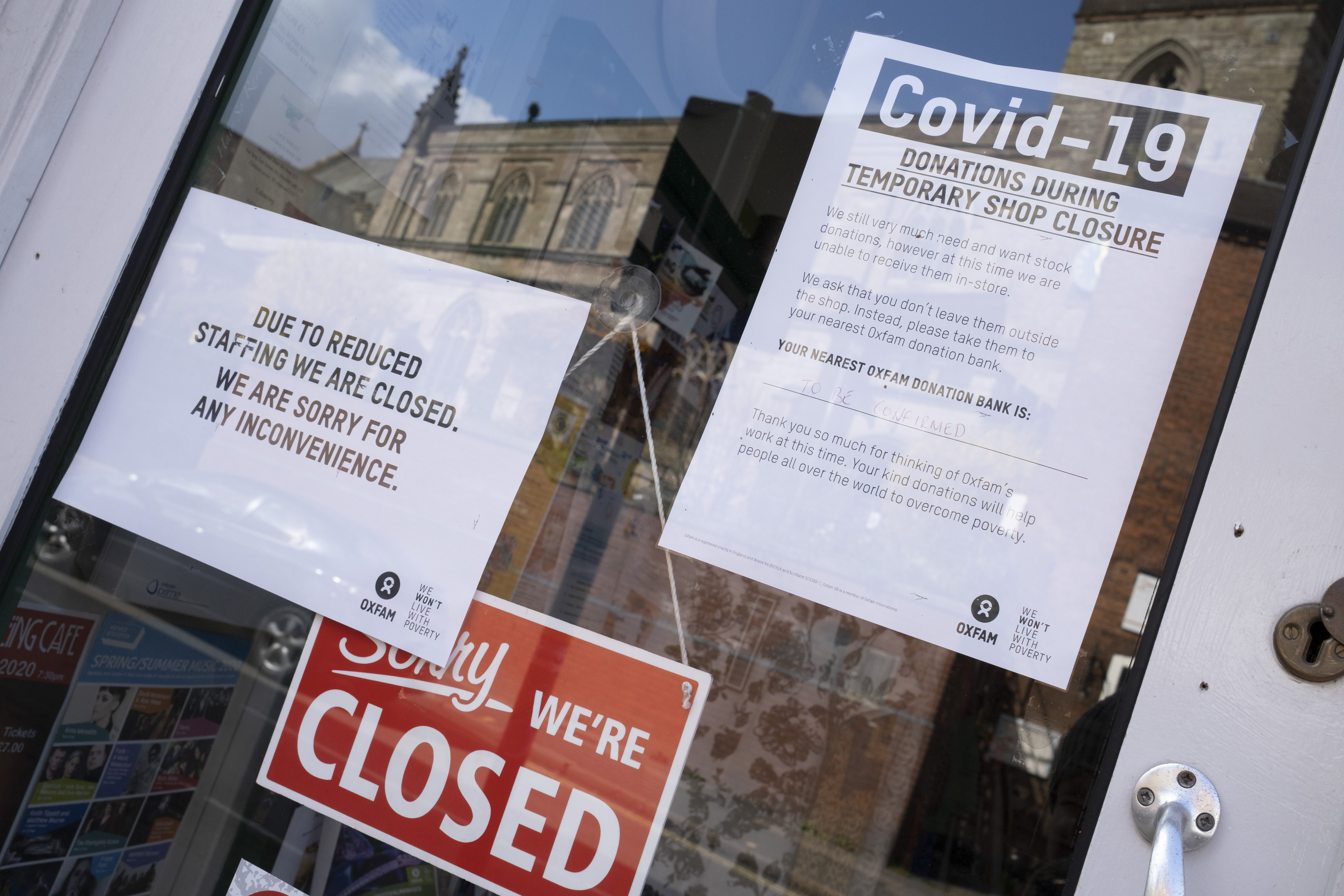 The country plunged into the "worst ever" recession earlier this year, when the economy shrank for two quarters in a row – the technical definition of recession.

The economy bounced back and grew by 15.5% in the three months to September, meaning the UK is no longer in recession.

But a combination of factors means economists now think the economy will shrink again at the start of next year.

The rising cases of a new "mutant" coronavirus has lead to tighter Tier 4 restrictions which have closed many shops during the busiest shopping time of the year.

GROSS domestic product (GDP) is one of the main indicators used to measure the performance of a country’s economy.

When GDP goes up, the economy is generally thought to be doing well.

The Bank of England (BoE) uses GDP as one of the key indicators when it sets the base interest rate.

This decides how much it will charge banks to lend them money, and is a way to try to control inflation and the economy.

So, for example, if prices are rising too fast, the BoE could increase that rate to try to slow the economy down. But it might hold off if GDP growth is slow.

The BoE cut interest rates twice in March due to coronavirus.

Interest rates are at a record low of 0.1% and the BoE has been exploring the impact of rates going negative.

Base rate cuts means mortgage borrowers now typically benefit from lower rates, but at the other end of the scale savers earn less on their savings.

To measure GDP, the Office for National Statistics (ONS) collects data from thousands of UK companies.

The most recent GDP figures which indicate whether the economy is growing or not came in December.

The data showed growth of 0.4% which was slower than previous months.

Travel bans have been imposed by several countries halting freight transport on one of the busiest trade routes, which threatens the delivery of goods to the UK, including some food.

More areas of the UK are expected to be put in Tier 4 while in January the UK will officially leave the EU and there is no deal on trade agreed with the EU yet.

Before the weekend when the new restrictions were introduced, the economy was expected to grow in the first quarter of 2021.

Dan Hanson of Bloomberg Economics said: “The first quarter will depend on how quickly any restrictions are eased.

"We’re skeptical about whether the government will be willing to relax the measures significantly making it highly likely the UK economy will contract again.”

Philip Rush, chief economist a research company Heteronomics, told Bloomberg “It’s a double-dip recession” with the new lockdown rules "likely to extend into the first couple of months of the year".

Others predict that the impact will be less severe however.

Economists at Berenberg have changed their original forecast that the UK economy will grow 5.5% in the first quarter of 2021, and still believe it will grow by 3%.

And Sanjay Raja, an economist at Deutsche Bank, told Bloomberg: “We don’t expect a double dip recession, at least not at this stage.

“But the probability of one is definitely on the rise.”

How can a recession affect your finances?

During a recession there is a rise in unemployment.

Redundancies have hit new record highs with 370,000 workers losing their jobs in the three months to October due to the coronavirus crisis and 1.7million now unemployed.

Employees may also find it harder to get promotions or pay rises.

While those graduating from university or leaving school may find it harder to get a first job.

You may find it harder to get credit, and banks have already started cutting deals on the top credit cards.

Some banks have also turned down furloughed workers for mortgages and lenders have pulled some mortgage products from the market, especially for first-time buyers.

If you find yourself struggling financially because you’re self-isolating are in a local lockdown, or any reason related to the coronavirus or not, there’s always help available.

Contact your bank or lender in the first instance if you're struggling to keep up with repayments.

You'll also find support and advice from the following organisations for free:

It is expected that we will see a rise in personal insolvencies and home repossessions too. Although the FCA has extended a ban on the repossession of homes until the end of January 2021.

How can you recession-proof your finances?

If you're worried about the recession hitting your finances then we explain how to protect yourself.

Take a look at where you can cut costs. Are there any subscriptions you could cancel? Could you haggle down a bill?

Reassess your finances and work out where to save cash and then save this money into a rainy day fund.

PAY OFF YOUR DEBTS

Make sure you're repaying priority debts and if you're struggling speak to your lender.

Use a tool such as MoneySavingExpert.com's eligibility checkers to check which cards and loans you're likely to be accepted for without it hurting your credit score.

You can get FREE debt advice from places like Citizens Advice and StepChange.

DIVERSIFY YOUR PENSIONS AND INVESTMENTS

If you've got a pension or investments make sure your pots are well diversified.

Being overexposed to one asset class or one particular company could put your savings at risk if something goes wrong.