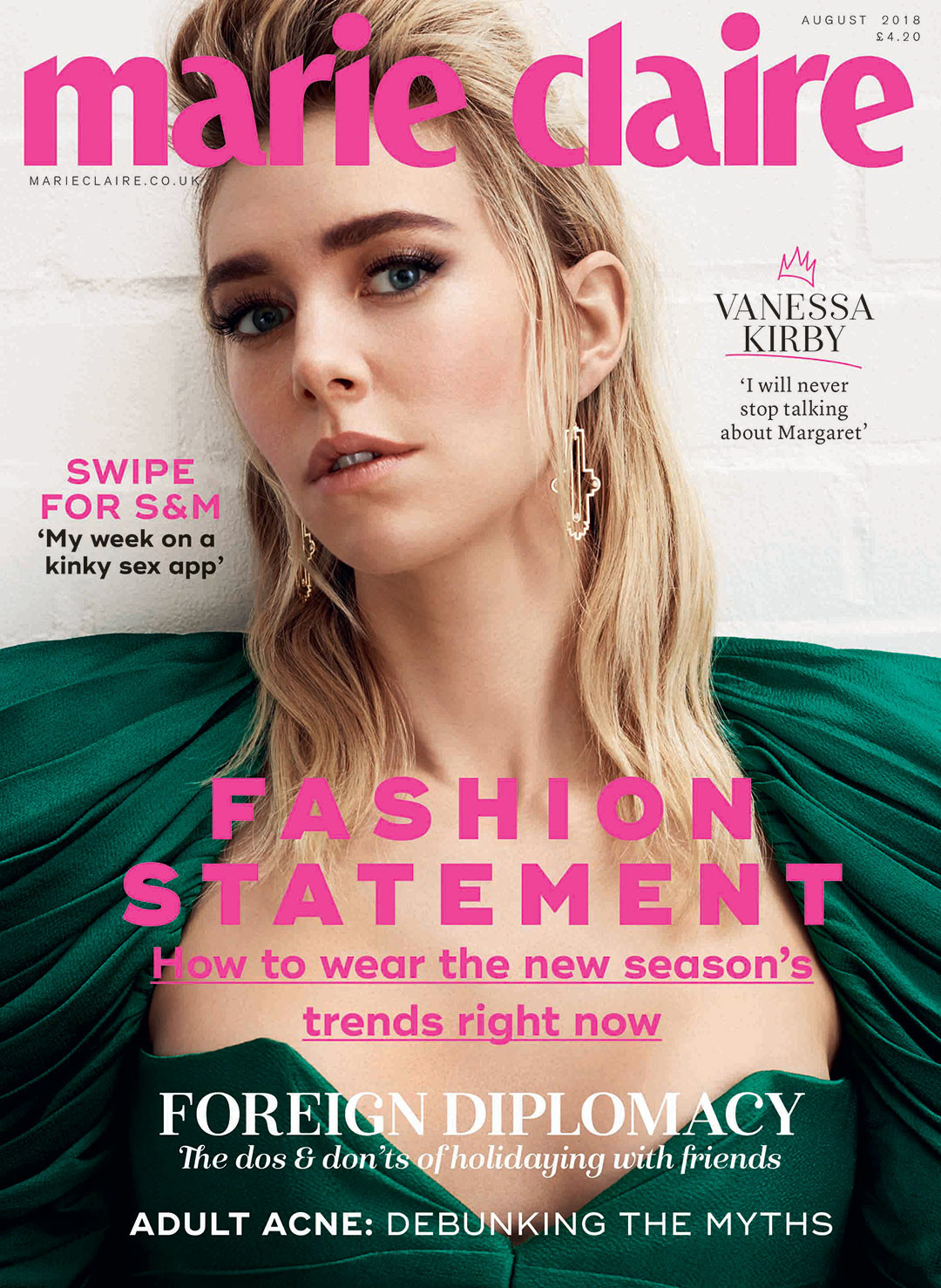 Imagine Vanessa Kirby‘s surprise when, in the spring of 2017, she was romantically linked to Tom Cruise, her co-star in Mission: Impossible — Fallout (in theaters July 27). Kirby had been in a relationship with actor Callum Turner for about two years, but the tabloids seemed to forget that detail after she was photographed kissing Cruise on the set of their upcoming blockbuster.

“Even though the crew were there, it was all [in the tabloids] like, ‘The next wife falls at his feet,'” Kirby recalls in the August issue of Marie Claire U.K. (on sale now). “The most disconcerting thing was the people I didn’t think would believe it did, and they were texting my boyfriend, asking, ‘Are you OK?’ I don’t think they believe anything they read now because you just can’t. None of it is real. To be getting married to him? Not even a snog—it was marriage.”

(The actress first denied romance rumors last year, telling The Daily Mail, “There’s literally zero truth in it. I’ve been in a relationship for two years! The rumors came out after I’d met Tom, once, in a room full of people. We hadn’t started filming, and all of a sudden, we’re getting married! It’s so bizarre. My boyfriend found it hilarious.” Kirby never “brought it up” with Cruise. “He never mentioned it. I don’t think he even knows. The whole thing’s ridiculous.”) Kirby, who plays an arms dealer known as The White Widow, was understandably excited to be working with Cruise. In fact, she was so enthusiastic that she binge watched the first five films in the franchise—in a single sitting!—the night before they met. “I was like, ‘I can’t not know what I’m talking about.’ And then in the meeting, of course, we didn’t talk about any of it,” she says. “My boyfriend was like, ‘I will have that theme music in my head for the rest of my life.'”

Cruise turned out to be everything Kirby had hoped he would be—and more. “The man is so different to any stuff you’d read, because it always is,” Kirby tells Marie Claire U.K. “It helped me to see that all the stuff that gets written is just such a load of bulls–t about everyone.”

Best known for her role in Netflix’s The Crown, Kirby admits adjusting to life in the spotlight has been a “weird” transition. “I definitely don’t feel it yet. I’ve been lucky because I barely get recognized, and I keep my relationship super private.” Turner has been “completely wonderful” throughout it all, she gushes. “He’s my best friend…I guess you can either choose to talk about it or not. If you talk about it, it becomes interesting to people, but if you don’t, then it’s not.”