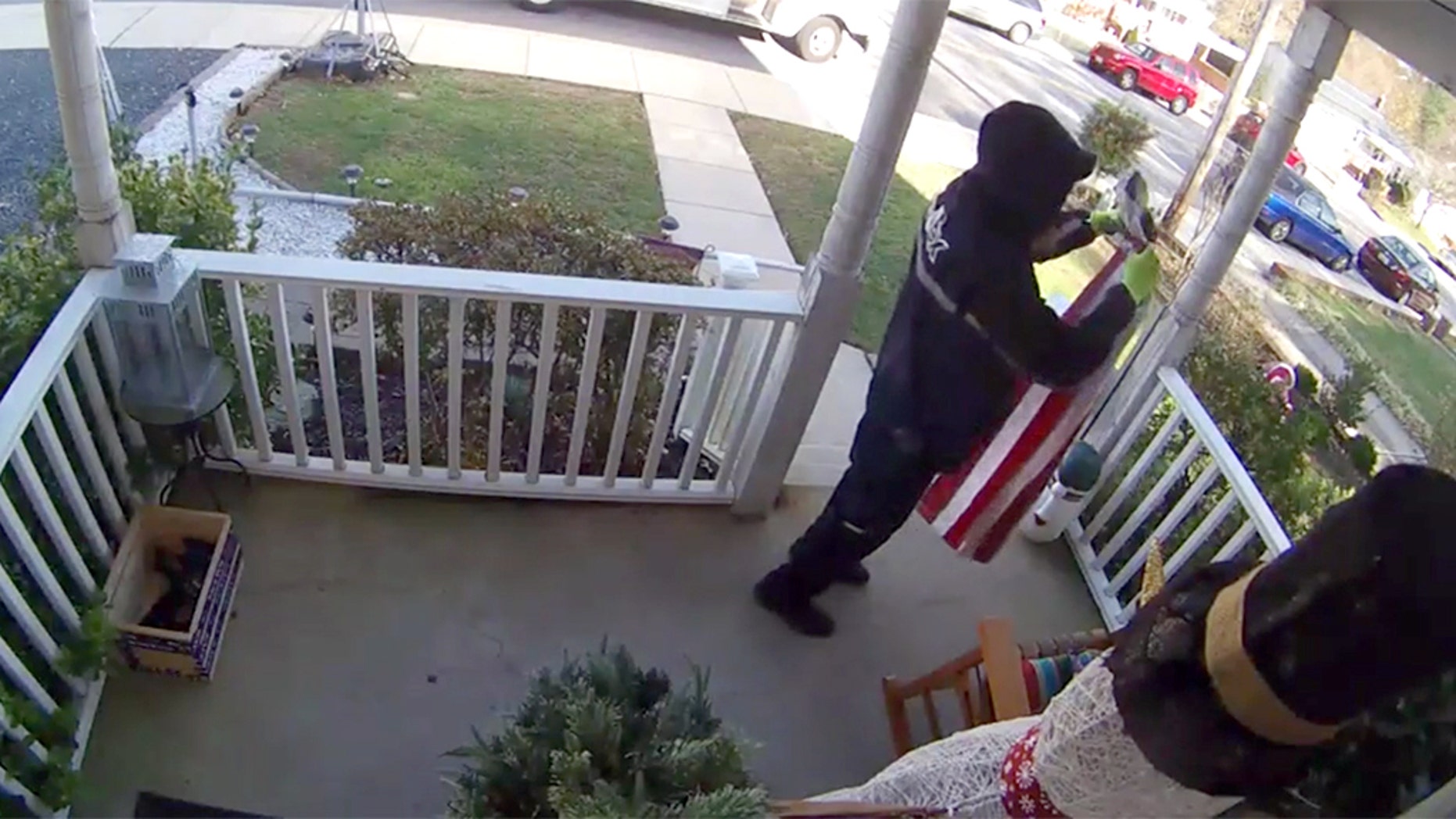 One Marine veteran working as a FedEx driver in Maryland has made headlines and struck a heartstring with many in recent days, as he made an impromptu stop during his delivery shift to fold an American flag that had fallen to the ground.
(Fox 13)

One Marine veteran working as a FedEx driver in Maryland has made headlines and pulled the heartstrings of many in recent days, as he made an impromptu stop during his delivery shift to fold an American flag that had fallen to the ground.

On Nov. 28, Gail Cook of Ferndale shared video footage to Facebook, captured by her home’s surveillance camera. In the clip, a FedEx driver stopped to retrieve the American flag that landed on the ground after Cook’s flagpole had been pushed to the ground by high winds, Fox 13 reports.

As seen in the footage, the patriotic Good Samaritan parks his delivery truck, carefully retrieves the flag, creases it into a proper triangular fold, and places it safely on the family’s front porch, before returning to his vehicle.

“Thanks FedEx!!! I hope he gets the recognition he deserves, I can't thank him enough!” Cook wrote on Facebook in a post that has since been liked over 200 times.

"Semper Fi Marine. You are a great American Patrioit," one fan wrote.

"You Marines are an admirable bunch, you never lose that patriotic pride," another agreed.

Through the power of social media, the driver was revealed to be Marine veteran Mike King, who even chimed in on the story.

“It's the Marine way, would have done better justice for Lady glory if the wind wasn't gusting at 50 lol. You and Eric are welcome I couldn't just drive by and do nothing,” King commented on the post.

According to The Baltimore Sun, the veteran has in fact been delivering packages to the Cook family for several years.

“He did this not knowing anyone was watching — he just did it because it’s the right thing to do,” Cook told the outlet of the gesture. “And we just really appreciate that he took the time to do that for us.”

Meanwhile, FedEx praised King’s actions, as per the Sun.

“FedEx Ground is proud of the many contributions our team members and vendors make to our local communities every day,” a rep said. “We commend the patriotic actions of Mike King, a service provider employee who went above and beyond to properly care for a fallen American flag while on his route.”