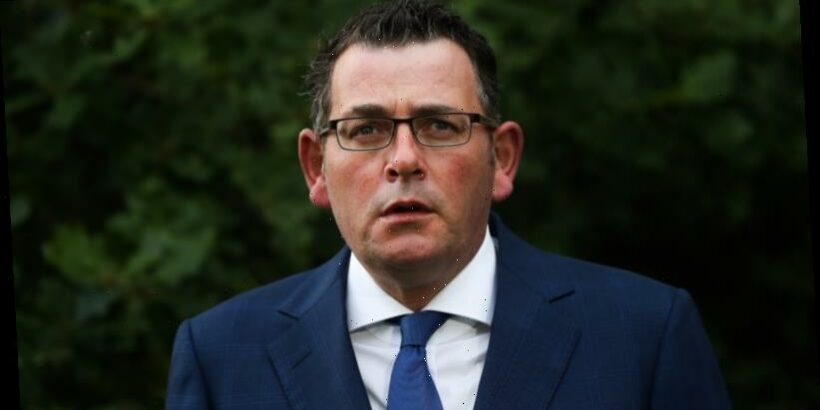 Victoria will enter a five-day lockdown in response to the Holiday Inn quarantine outbreak, a government source has confirmed.

The source confirmed Victorian Premier Daniel Andrews would announce rules similar to those in Victoria’s second at a 1pm press conference.

The source said those rules would see retailers close with exceptions for essential businesses and limits on the Australian Open. The restrictions would take effect from Friday night, the source said.

Victoria’s Department of Health confirmed the two new cases in a tweet at 11pm on Thursday night – stating that both were household primary contacts of previously announced cases.

Authorities confirmed on Thursday there were between 400 and 500 close contacts of confirmed cases.

There are no mystery cases in Victoria – it has been 37 days since the state had a case with no known source.

Speaking at Melbourne vaccine manufacturer CSL on Friday, Prime Minister Scott Morrison would not confirm the Victorian government’s plan, but said a “proportionate response” to the outbreak should be able to get it under control.

“A proportionate response that enables those, the tracers and others, to be able to get on top of it and get the same successful result we have seen in other states,” he said.

Brunetti cafe at Terminal 4 of Melbourne Airport was added to the state’s growing list of ‘Tier 1’ exposure sites just after midnight on Thursday.

A newly confirmed positive case was at the cafe for more than eight hours from 4.45am to 1.15pm on Tuesday, February 9 while potentially infectious.

Melbourne Airport confirmed 29 domestic flights arrived and departed Terminal 4 during that period, and a deep clean of the area was conducted overnight on Thursday in response to the news.

Anyone who visited the cafe or who worked during those times is being directed to isolate and test immediately and remain isolated for 14 days.

The outbreak, which authorities believe may have begun by the use of a nebuliser inside the hotel, prompted several states to tighten their borders to travellers from Greater Melbourne yesterday.

NSW Premier Gladys Berejiklian reaffirmed on Friday morning she had no intention of closing the border with Victoria.

“We think shutting borders and locking down community should be the last option, not the first option,” she told Seven’s Sunrise program.

“We are hopeful that the Victorian government and the health experts will get on top of this as soon as possible and we don’t feel at this stage there is any need to close the border.

“We have seen the devastation caused last time that happened and as far as NSW is concerned … the only time we closed the border to any state was when Victoria had in excess of 150 daily cases.”