The state opposition says the Andrews government's new wage theft laws, and the authority created to enforce them, will soon be redundant.

The federal government’s proposed workplace laws, introduced to Parliament in Canberra last week, contain clauses criminalising underpayments uniformly across the nation, and the state Liberals say that legislation will supersede all state and territory laws that provide for wage theft offences. 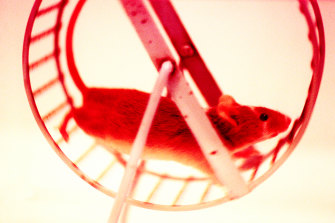 Both the Victorian and federal governments are introducing laws to help those who are overworked and, crucially, underpaid.Credit:Loiuse Kennerley

But the Labor government shrugged off the attack on Monday, saying the system it is building to combat wage theft is superior to that of the federal government and it will be able to operate regardless of what happens in Canberra.

The Andrews government campaigned before the 2018 state election on its promise of new laws that use criminal law to crack down on bosses who deliberately rip off workers, and it put $17.5 million in October’s budget to establish a new agency, Wage Inspectorate Victoria, to enforce the laws that passed in June.

The inspectorate is also charged with enforcing the Long Service Leave Act, as well as child labour laws and clamping down on sham contracting, and says that as well as compliance and enforcement, a key part of its role will be targeted education campaigns.

The new laws and agency are part of an increasing tendency from Victorian Labor to intervene in industrial relations, usually the policy responsibility of the federal government, which has resulted in repeated political clashes between Melbourne and Canberra.

Victorian Liberals’ industrial relations spokesman Nick Wakeling says the probable passage of the federal legislation will make the Wage Inspectorate redundant even as it is still being properly established.

"The Liberal Nationals warned the Andrews Labor government about its back-door attempts to regulate the industrial rights and obligations of Victorian private sector employers and employees now rightfully regulated by the Commonwealth," he said.

"Daniel Andrews’ back-door attempt to regulate areas not within the Victorian Parliament’s domain looks set to fail should the Commonwealth’s planned wage theft offences pass, with Victorian taxpayers left with the bill for yet another expensive flight of fancy.

"This should come as no surprise to the Andrews Labor government after it forged ahead with its own wage theft laws even after the federal Liberal Nationals government signalled its intention to legislate in this space." 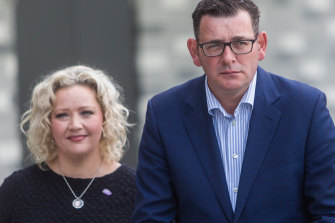 Victorian Attorney-General Jill Hennessy said her government's wage theft laws would be able to operate because they relied on the criminal justice system, not administrative law.

They would also be superior to those proposed by the Commonwealth, she said.

"The existing legal regime has failed to prevent the exploitation of Victorian workers by unscrupulous employers," Ms Hennessy said. "Our strong and robust Victorian laws will serve as a template that can be rolled out across the country.

"This problem is systematic, that’s why our laws will apply beyond wages and include allowances, gratuities, superannuation and other accruals such as leave, as well as ensuring directors and officers are held to account.

"We are concerned that the federal government’s wage theft laws won't provide the same level of protections for Victorian workers and instead just target mum-and-dad-run businesses and let big bosses get away with no consequences."