Don’t try this at home! Video shows the terrifying moment a DIY beauty fan, 22, gets a £5 piercing gun she bought on eBay STUCK in her nose

A video showing a 22-year-old beauty fan getting a cut-price piercing gun stuck to her nose has gone viral.

Natalie Fletcher, 22, from Abergele in North Wales, snapped up the £5.69 kit on eBay and asked her sister to help her put a stud in her nostril.

However, the footage shows Fletcher looking increasingly distressed – and turning the air blue – after the metal gun gets lodged in her nose shortly after it’s fired. 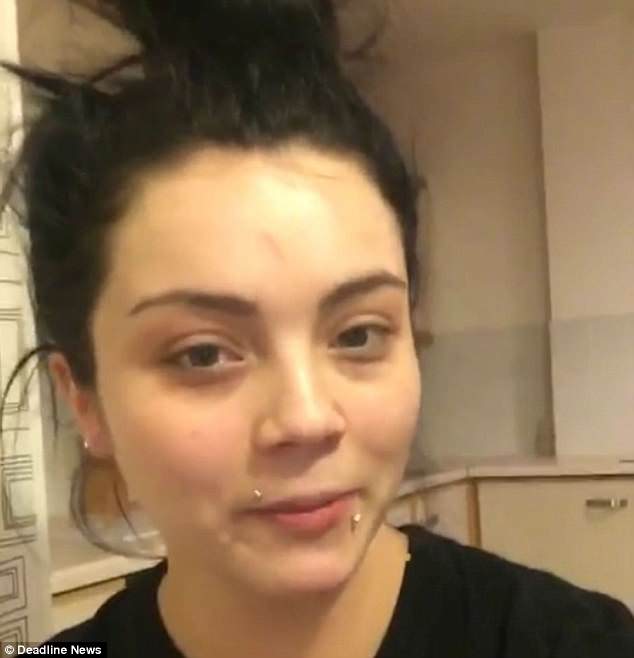 Natalie Fletcher, 22, pictured moments before she decided to try a DIY nose piercing with a kit she’d bought on eBay for just £5.69 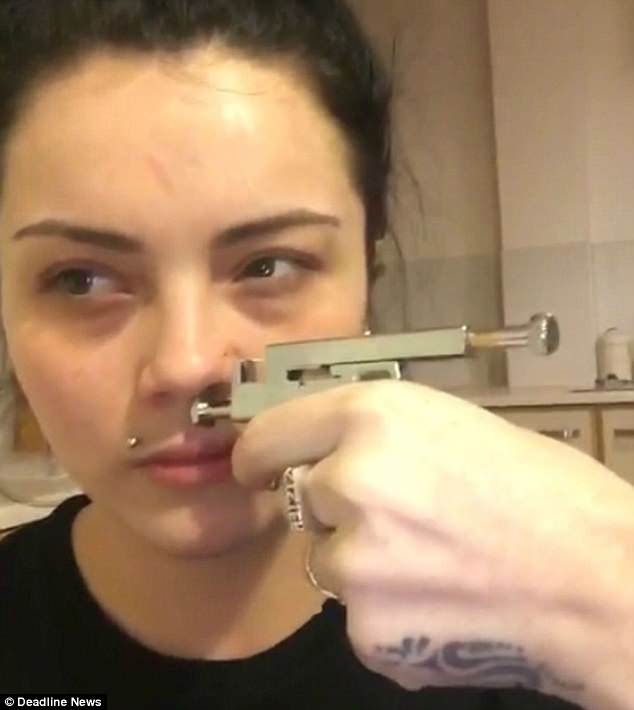 The video shows the moment Natalie’s sister Sarah, 25, positions the gun at her sister’s nose before firing to make a hole for an nose stud 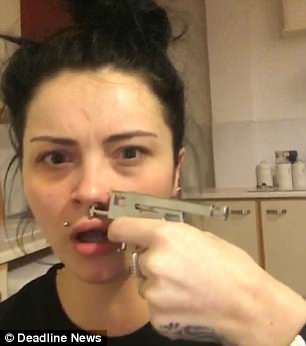 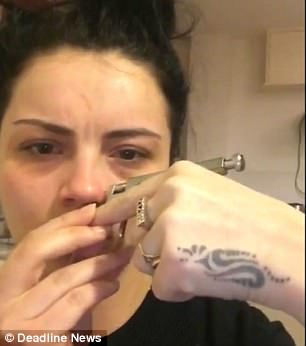 As Natalie realises that the impact has being made – and the gun is still firmly stuck in her nose – her expression begins to change. Right: She tries to unsuccessfully prise the gun out of the side of her nose…but can’t do it

Getting more distressed, Fletcher is eventually left with a bloodied nose and fearing a visit to A&E.

The eBay product, which has garnered four-star reviews and comes with 100 studs was easily bought from the online retailer with just a few clicks.

In the clip, Natalie appears to have a dot drawn on her nose for her sister Sarah, 25, to aim for.

She then says ‘right’ and screws up her face, as if to brace herself. Sarah, who is giggling, asks ‘About there?’ and Natalie replies: ‘I don’t know, just do it.’

In a quick motion, Sarah’s bright pink nails come into view and turn the end of the gun to release the stud into Natalie’s nose.

Feeling the pain, she asks her sister to release the gun from her nose…but it’s going nowhere. 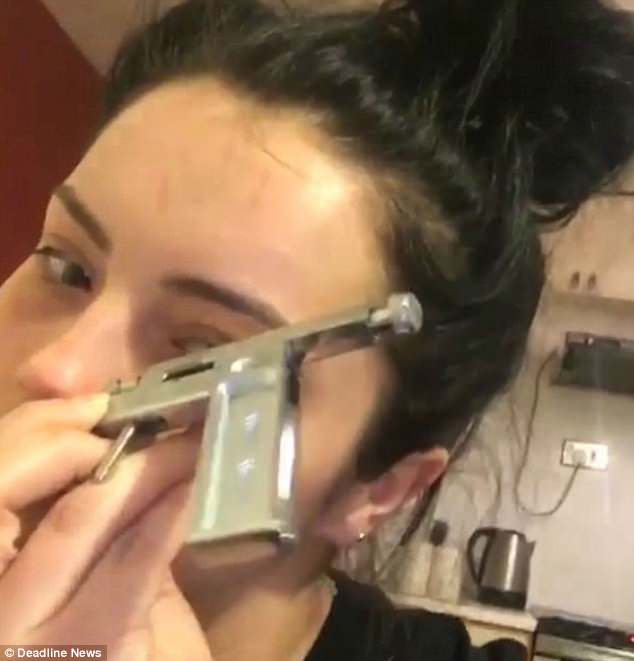 Not the nose adornment she’s hoped for: Natalie tries to gently twist the gun out of her nose 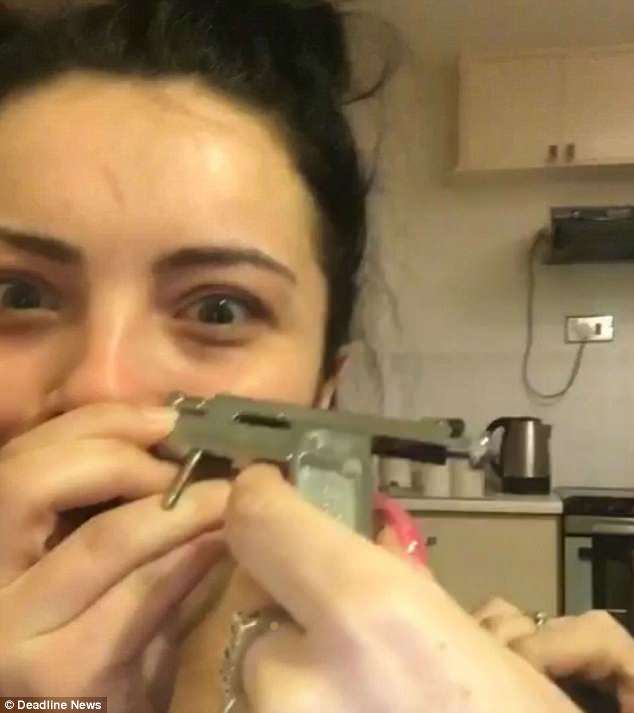 Hysterically laughing, Sarah attempts to tug the gun away from her face. Saying: ‘I can’t get it off.’

Taking control of the gun, Natalie attempts to pull it upwards but has no joy and the video clip ends with the metal equipment still attached.

Sister Sarah explains how the piercing went so wrong saying her sister ‘bought it to pierce her ears, which I did first, then she said, ‘F*** it, you can do my nose’.

‘We thought we would have to go to A&E at one point but eventually I had to pull it out and her nose was bleeding and very sore – another great eBay buy. 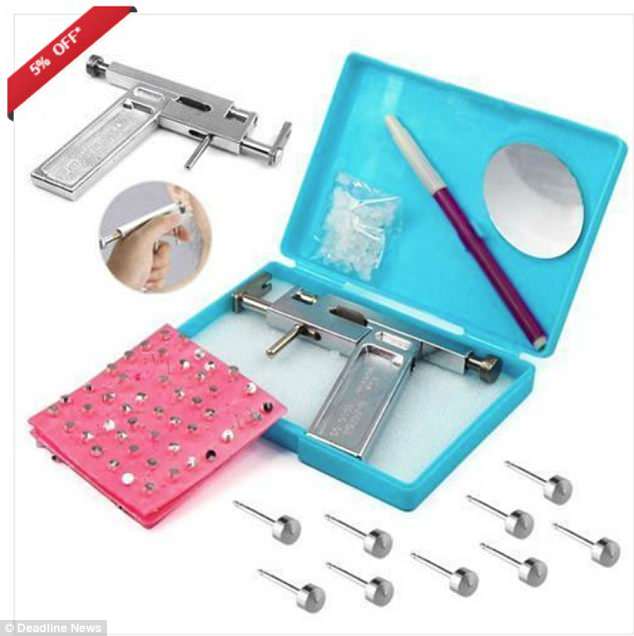 A kit like the £5.69 one that Natalie bought online on eBay 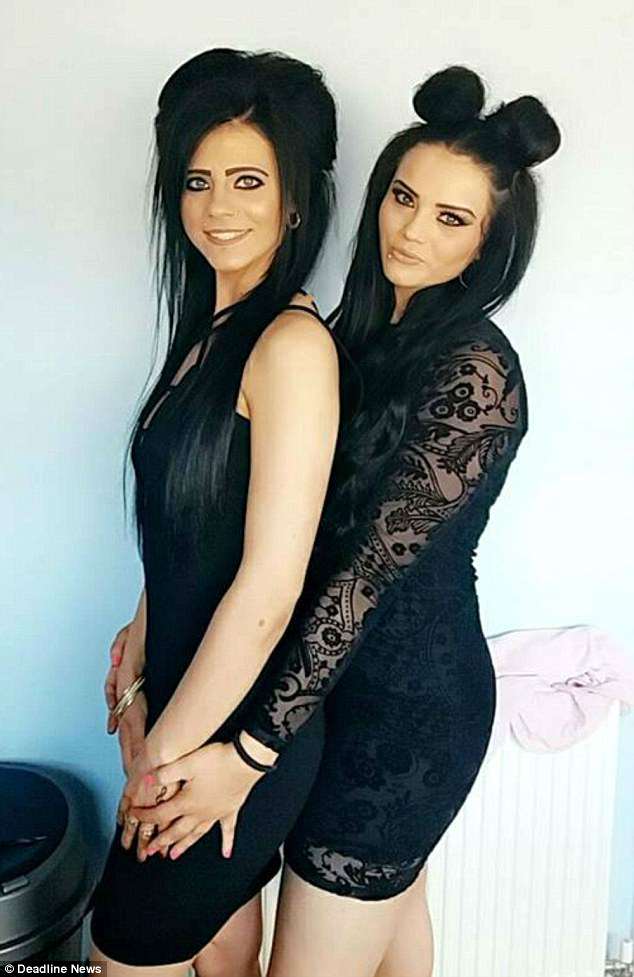 Next time, go to the salon! Natalie, right, and her sister Sarah, left, have faced previous disasters with DIY beauty kits…including a set of £5 veneers 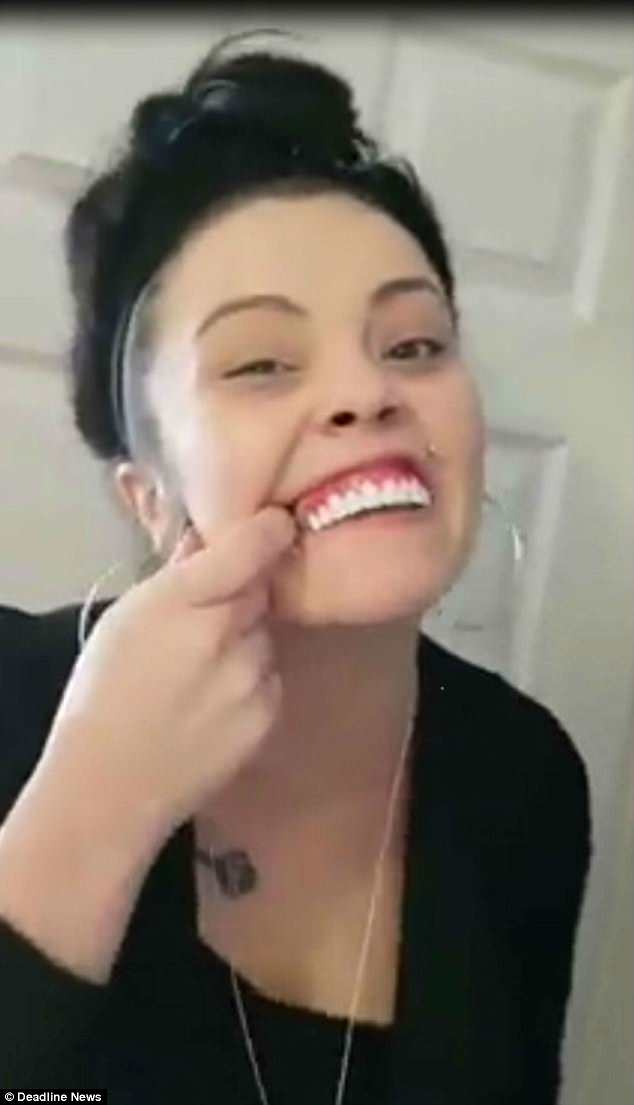 A million-dollar smile…a video showing Natalie wearing a cut-price set of veneers has gone viral on YourTube; she was left looking ‘gummy’ before they eventually snapped off

‘I had to rip it out because the stud was jammed in between her nose and the gun, so she didn’t put it back in.

‘It got infected, there was green puss and it was bleeding and very sore but I just can’t help but laugh even when she is in pain.

‘Natalie thinks I’m a b**** but I think it’s hilarious and she always sees the funny side in the end. She’s going to get it done properly now.’

It isn’t the first time that Natalie’s attempts at home beauty have made the headlines – a set of veneers that cost just £5 left her with a smile that made exactly the wrong kind of impact.

Sarah uploaded the clip of her sister trying on her £5 ebay veneers to Facebook, and revealed the moment they got stuck, and eventually snapped off, leaving her sister looking ‘gummy’. That clip has now been viewed over seven million times on Facebook.