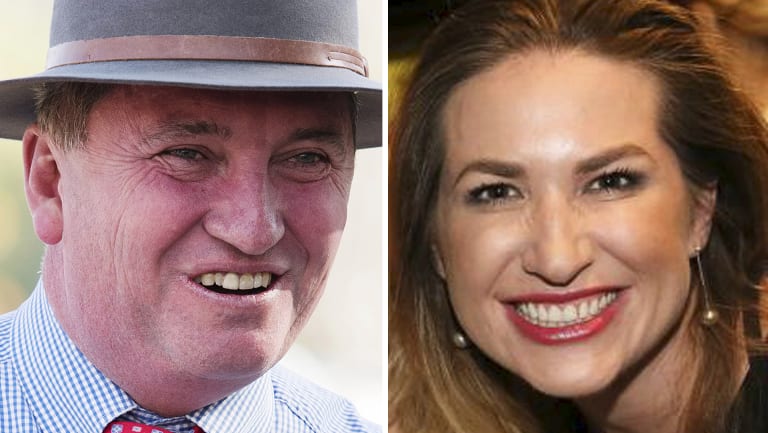 That seems a bit of a stretch. As far as I can tell the main division is between “JoyCam” and everyone else.

Some see this as a cynical cash grab from a couple who don’t have anything left to lose. The former Deputy Prime Minister has already lost his job (and his political and social credibility), and Campion is also now without a job, so why not sell the last remnants of their dignity as well?

But after watching a sneak peek of the interview last night you might wonder if, rather than cashing in, Joyce and Campion actually think they are the victims in this story.

An emotional Campion pleaded: “I couldn’t help it. You can’t help who you fall in love with.”

It’s really a modern day Romeo and Juliet. Or at least, it might be, if the romantic hero was willing to play his part in this romantic tragedy. But Joyce has been quite clear in his views about love.

As a passionate and vocal campaigner against gay marriage, Joyce believes that people can indeed “help who they fall in love with”, and that love certainly does not conquer all.

No, JoyCam is not a story of love but is instead more of a fable: Barnaby — The Boy Who Never Said Sorry.

Barnaby’s been playing the victim from the start, refusing to take responsibility for this whole sorry story, and all the hurt and damage he’s created.

It wasn’t him, but the tyranny of living away from home, that unzipped his fly. All he ever wanted was to be left alone in peace with the woman he loved and prepare for the joyous arrival of his new baby.

“We tried for privacy… we’ve tried just burning this out and that didn’t work,” Joyce said.

Like when poor, private Barnaby voluntarily went on national TV and voluntarily suggested that he may not in fact be the father of Campion’s child. He then went on to suggest that the journalists should have fact checked the baby’s conception date by looking at his travel schedule.

That’s right, the man who just wants to be left alone berated journalists for not investigating his sex life and Campion’s menstrual cycle with sufficient rigour.

And then, when pretty much everyone expressed surprise that Privacy Advocate Joyce — a sitting member of parliament drawing a wage from taxpayers — had the gall to sell his story to the media, he was quick to deny personal responsibility for that one too.

Don’t blame me! It was all Vikki’s idea! he cried to the Australian, as he backed the ute up to Channel 7’s accounts payable department.

It has been a remarkable, if tawdry, performance all along, particularly for a man whose political stock-in-trade leans heavily on lecturing all of us about the importance of personal responsibility and the need for self-sufficiency.

If Barnaby thinks this interview is going to rehabilitate his reputation he’s deluding himself. There are no storybook happy endings for boys who can’t take responsibility for their actions.