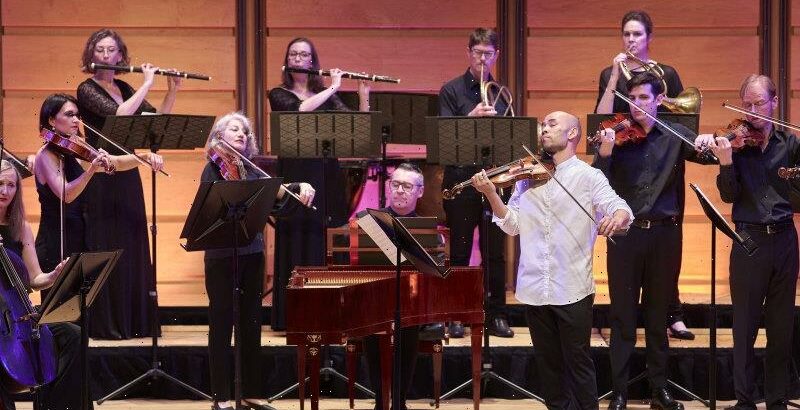 Mozart’s Clarinet, the Australian Brandenburg Orchestra’s second concert for 2022, opened with the stately Sinfonia in D minor by Wilhelm Friedemann Bach, firstborn son of JS Bach. The adagio, assiduously unsweetened by vibrato, gave way to a tough but satisfying fugue where every note hit home with a sense of inevitability. It was a conscientiously dour opening to a concert that took disappointment and turned it into joy. 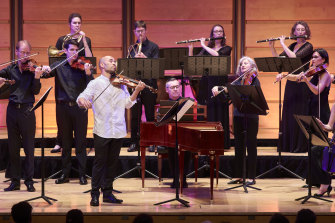 Shaun Lee-Chen brought a daring sense of play to his performance.Credit:

The disappointment was the unforeseen circumstances – not war or pestilence, this time, but a damaged instrument – causing clarinettist Craig Hill to withdraw from his solo role two days before the season began. Thankfully, concertmaster Shaun Lee-Chen was able to step in, offering a performance of Mozart’s Violin Concerto in G major, K216.

Whether it was in the spirit of unforeseen circumstances or wilful mischief, Shaun Lee-Chen brought a daring sense of play to his performance. That it was a knowing and collegiate performance, with both orchestra and audience in on the joke, made it all the more engaging. The chaotic energy crept in in the first movement, via whimsical appoggiatura and ornamentation.

Wind soloists and fortepiano continuo played up to his challenge, answering cheeky gestures with indulgences of their own. By the final movement Lee-Chen was revelling in idiosyncrasy with a spectacular cadenza and – a brilliant touch – dramatic pauses between sections to heighten the contrast between the politesse of the rondo theme and zany mood changes of the variations. Mozart would have approved.

This sense of play carried on into the ensemble’s performance of Mozart’s Symphony No. 39 in E flat major, K 543. The opening movement put the fine horns and trumpets on display, and the woodwind soloists shone in the trio. However, if musicians were paid by the note, it would be first and second violins who came out ahead in this work. From sustaining an eloquent tutti through the slow movement to keeping up with artistic director and conductor Paul Dyer, who drove the finale at breakneck speed, this was Mozart’s Violin.