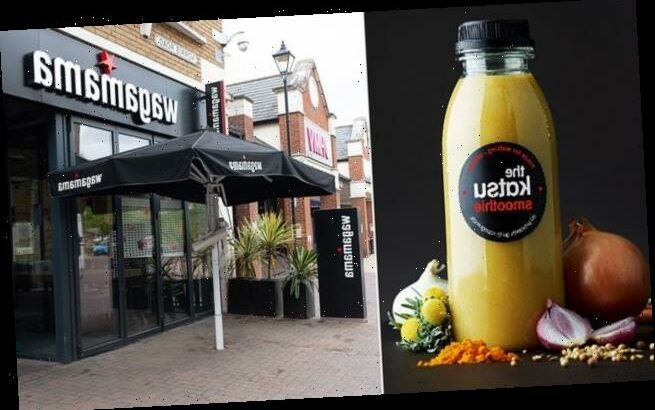 Wagamamas unveils £3.95 takeaway Katsu Smoothie made with curry sauce, apple, banana and pineapple for charity campaign – but diners are convinced it’s a joke

Wagamamas fans have been left in disbelief today after the restaurant launched a katsu flavoured smoothie filled with their curry spices.

Far from their delicious Japanese curries and refreshing green tea the restaurant’s latest recipe has split opinion of the even the loyal fans, as it’s made of an eclectic combination of katsu curry sauce, apple, banana and pineapple.

The smoothie, available via the click and collect menu at 20 restaurants in cities with high student populations,  is designed to ‘get people talking’ and is made in collaboration with YoungMinds and cost £3.95.

Wagamama say they want to use the launch of the smoothie as a way to raise vital funds for YoungMinds work, as well as directing customers to the charity’s ‘Not All On You campaign’. 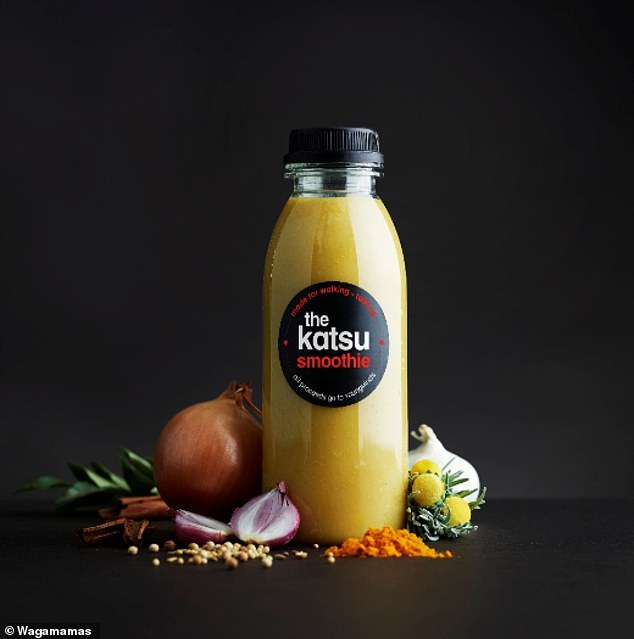 Wagamamas has launched a katsu smoothie fulled with their popular curry spices, but fans are convinced it’s not real.

They hope the smoothie will encourage people to connect again outside with a friend  – often for the first time in months – amid fears of deteriorating mental health among young people during the pandemic.

But fans were less than convinced with the curry smoothie, when it was annoucnced on Instagram today, with many asking if it was an ‘April Fools Joke’.

‘This ain’t it chief.. was hoping it would be the pure sauce,’ said one.

‘I do love a katsu chicken, but do I love it enough to drink a katsu smoothie hmmm?’ said another.

‘We all love you, but are you okay?’ joked a third.

A recent YoungMinds survey reports 67 per cent of young people with experience of mental health problems believe that the pandemic will have a long-term negative effect on their mental health. 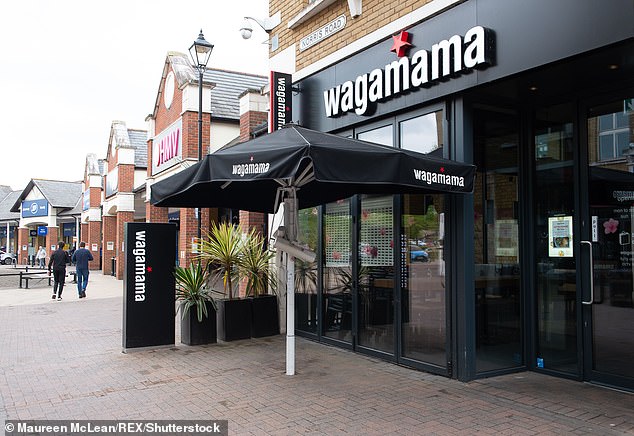 The smoothie, available via the click and collect menu nationwide, is designed to ‘get people talking’ and is made in collaboration with YoungMinds and cost £3.95.

Where is the Katsu Curry Smoothie available?

The eyebrow raising menu addition is available between March 24 and April 7 with all proceeds being donated to YoungMinds.

Steve Mangleshot, Global Exec Chef at wagamama said ‘When YoungMinds came to us and introduced us to their “Not All On You” campaign, we knew we needed to get behind it and raise as much awareness as possible.

‘We have seen our Katsu Curry being ordered as the ultimate comfort food during lockdown. So our challenge was how can we take our most iconic dish and create something that young people can enjoy on-the-go with a friend whilst we can’t welcome guests onto our benches. 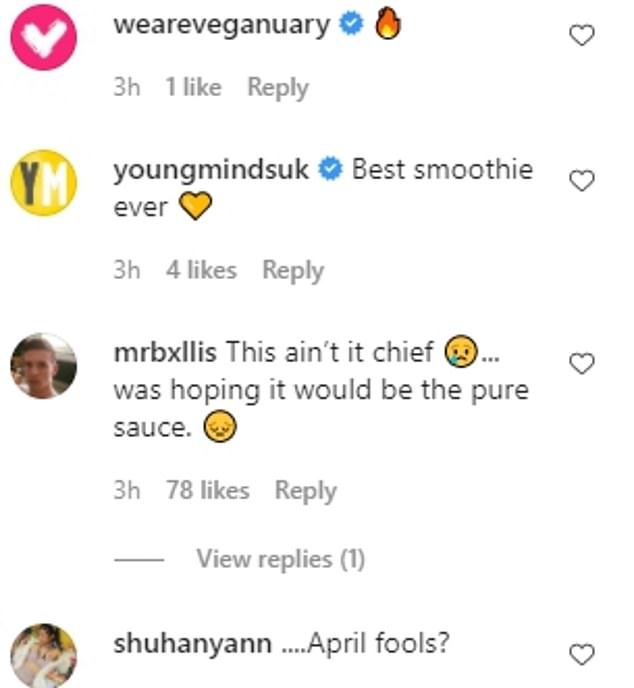 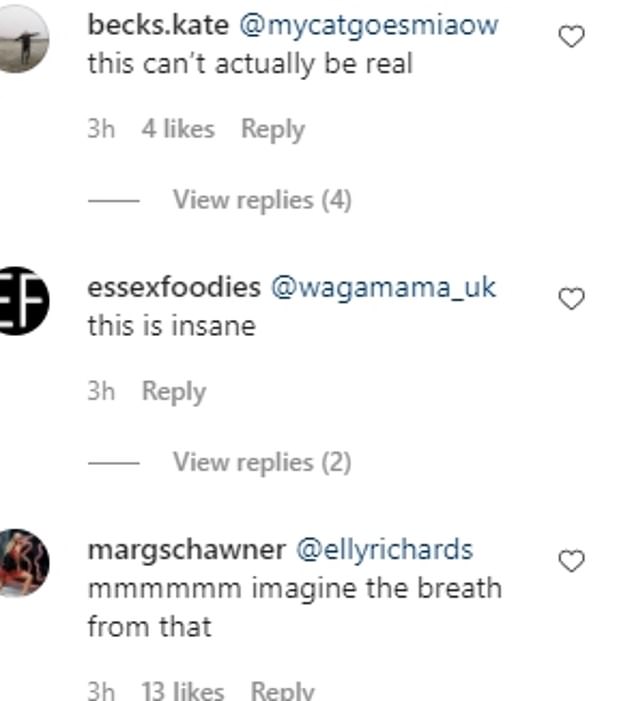 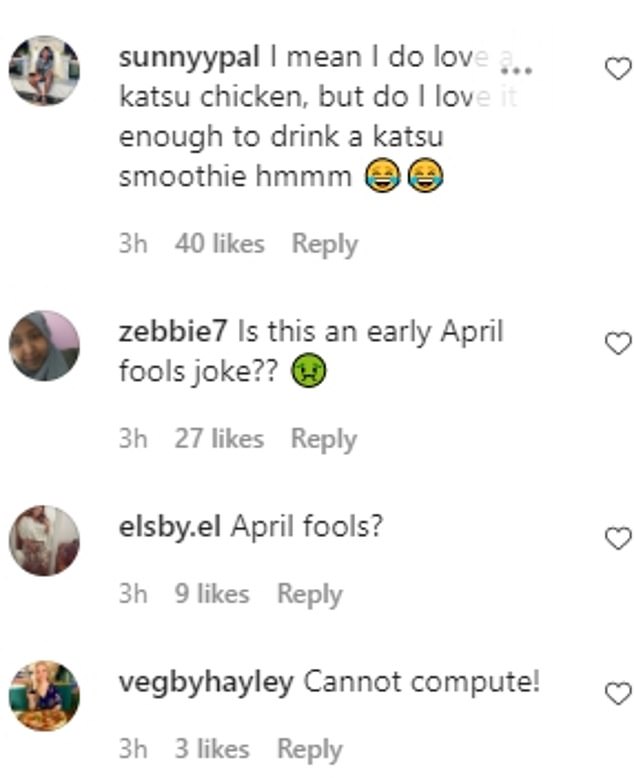 But fans were less than convinced with the curry smoothie, when it was annoucnced on Instagram today, with many asking if it was an ‘April Fools Joke’.

‘The Katsu Smoothie aims to spark everyone’s attention with something unexpected, and then deliver YoungMinds meaningful purpose to back it up. The Katsu smoothie was created with one single goal – to get people talking about how they really feel.’

The campaign offers advice on how to respond to a friend when they open-up about their mental health, while also looking after your mental health too.

Tom Madders, Campaigns Director at YoungMinds said, ‘Our “Not All On You”campaign is all about recognising the often overlooked role young people play in supporting their friends with their mental health.

‘We want to give those young people the advice and support they need to be there for their friends, without feeling the pressure to take everything on themselves.

‘Our partnership with wagamama has already been really successful in helping us reach more and more young people, and the Katsu Smoothie will certainly get people talking! We hope that as they walk and talk, our ‘Not All On You’ campaign will give them the tools to really help them to support each other.’