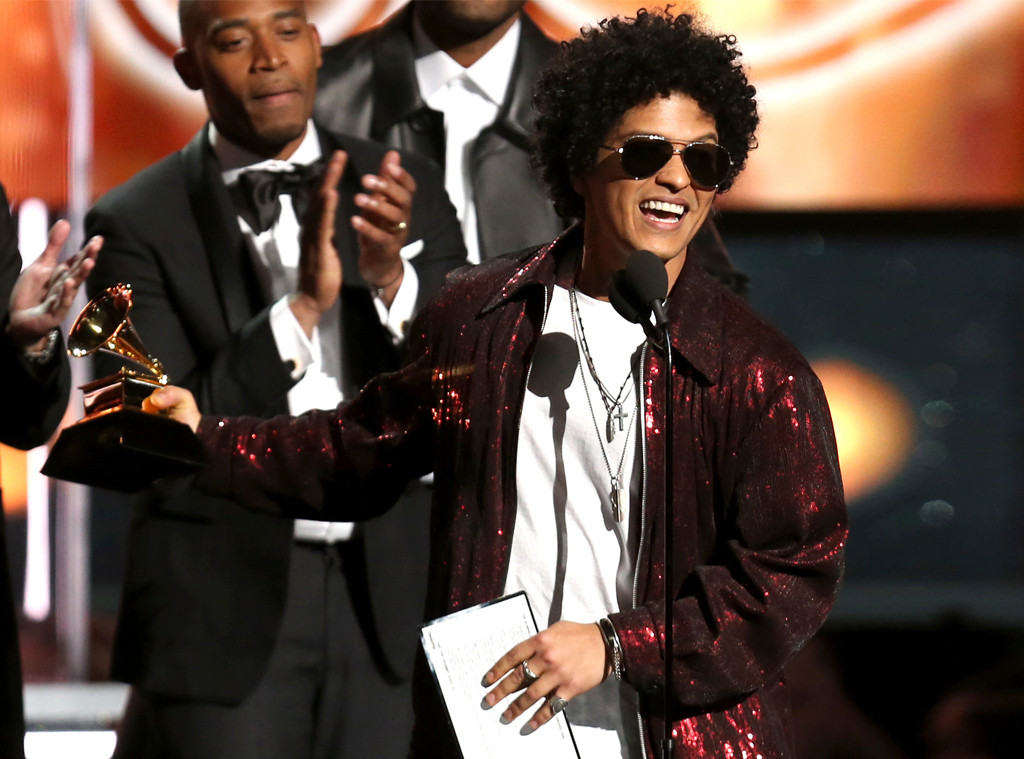 Bruno Mars turned 33 today, and the Grammy Award winner spent the day getting serenaded by a special someone: Ed Sheeran.

The “24K Magic” singer posted a video on Instagram of himself sporting his signature sunglasses look, a Versace jacket and a gold birthday hat as he sits behind a pyramid of cupcakes and perhaps a cookie cake on top. Each cupcake has a letter spelling out “BRUNO.”

Mars gleefully cuts into his birthday treats as the camera pans to the “Shape of You” singer crooning “Happy Birthday.” In quite the juxtaposition, Sheeran wears a white shirt and camouflage-patterned pants. While the beginning of the song goes on without a hitch, there’s a bit of a twist when Sheeran hit the lyrics “happy birthday dear…”

He replaced “Bruno” with “Two-time Super Bowl performing Bruno” instead. The “Just The Way You Are” artist liked that version just the way Sheeran sang it.

While munching on a piece of cake, Mars commands after clinking his glass with approval, “Again!”

And so it goes. 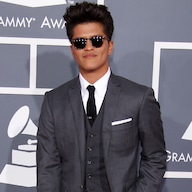 You know you’ve made it when you can hire Ed Sheeran to sing you Happy Birthday. ?? #ExtraForever! #HappyBrunoMarsDay!

You know you’ve made it when you can hire Ed Sheeran to sing you Happy Birthday. ?? #ExtraForever! #HappyBrunoMarsDay!

Mars poked fun at himself and the situation in his video caption. He wrote, “You know you’ve made it when you can hire Ed Sheeran to sing you Happy Birthday. #ExtraForever! #HappyBrunoMarsDay!”

The singer is nominated for a number of awards at the 2018 American Music Awards on Tuesday night, including Favorite Male Artist — Soul/R&B and Best Tour. Mars was supposed to be accompanied by Cardi Bon his 24K Magic tour, but she dropped out in August in order to spend more time with her baby, Kulture Kiari Cephus.

Sheeran was lauded with a few nominations as well, including Favorite Male Aritst —Pop/Rock and Artist of the Year. He and Mars are both nominated in the Best Tour category.