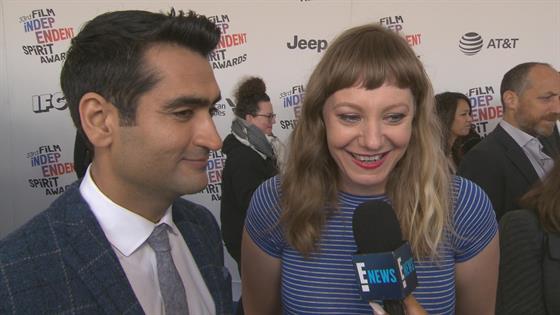 During his virtual visit to The Ellen DeGeneres Show on Monday, The Big Sick star performed an impressive rendition of The Bangles‘ hit song “Eternal Flame” while in a plank position. Aside from delighting viewers across the world, the performance was done to help host Ellen DeGeneres and Shutterfly raise money and awareness for the Center for Disaster Philanthropy, which strives to strengthen how communities everywhere react to disasters by providing resources and aid.

Once in position, Kumail broke out in song and made his way through the first verse without wavering. Assuring Ellen that he wasn’t much of a singer, he interrupted the song to say, “I can’t sing.” Wanting to give viewers a good performance he quipped, “This is me doing my best,” before singing the track’s classic lyric: “Is this burning an eternal flame?”

Feeling the music, Ellen’s producer Andy Lassner chimed in to help Kumail carry the tune. As the Stuber star made began the second verse, the fan-favorite Ellen Show staffer quipped, “Just give him the money.”

Also moved by Kumail’s plank performance was Stephen “tWitch” Boss, who held up a lighter as he continued to sing.

Sitting back down with Ellen after receiving praise for his rendition of “Eternal Flame,” the Lovebirds star admitted that it wasn’t an easy feat. “I want to stress to you that was me doing my best,” he said. “I cannot sing. I am tone deaf.”

Earlier in the episode, the duo discussed how he’s been staying fit during the pandemic. “I work out as if my sanity depends on it,” he joked. “So, genuinely working out a lot to the point where I hurt myself last week and had to take a little bit of a break. But I really was doing it so much because I was like, ‘This is the only thing that’s, like, tethering me to sanity.'”

While on the topic of his recent transformation, Kumail revealed that his father was so proud of his Men’s Health cover that he had pictures from the article turned into hilarious socks. 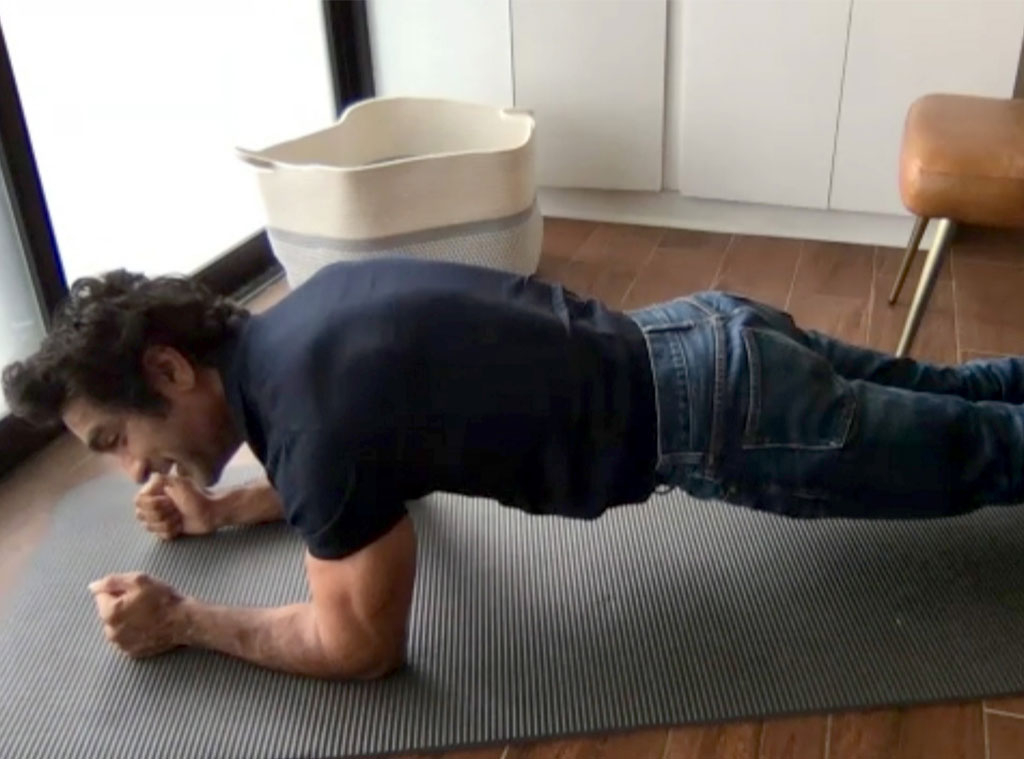 “My cousin made these socks with that picture on them and my dad has these socks. And so on one side, there’s a shirtless picture of me and on the other side is the same shirtless picture and it says, ‘I am his dad,’ on it,” he told Ellen. “And I was like, ‘Why does it say that?’ ‘Cause he was like, ‘I didn’t want people to think that I had some naked Pakistani guy on my socks so I did that so that wasn’t embarrassing.’ And I was like, ‘Mission accomplished, dad.'”

His dad wasn’t the only person to praise his cover. Kumail shared that he received a sweet message from Dwayne Johnson after his issue hit newsstands and that he hopes they can hit the gym together after the pandemic.

Watch Kumail sing “Eternal Flame” while in a plank and manifest working out with The Rock in the videos above!