One tiny decision could change everything. That’s what happens in the opening scene of Manifest, the new drama coming to NBC this fall. On April 7, 2013, everything changed.

“We looked like a typical American family returning home from vacation,” Michaela Stone (Melissa Roxburgh) says in the voice-over. “My brother Ben and his wife Grace, still in love after 15 years. Their twins Olive and Cal, always bickering like an old married couple, and the real old married couple, my parents. Still in perfect health, still trying to run my life.” 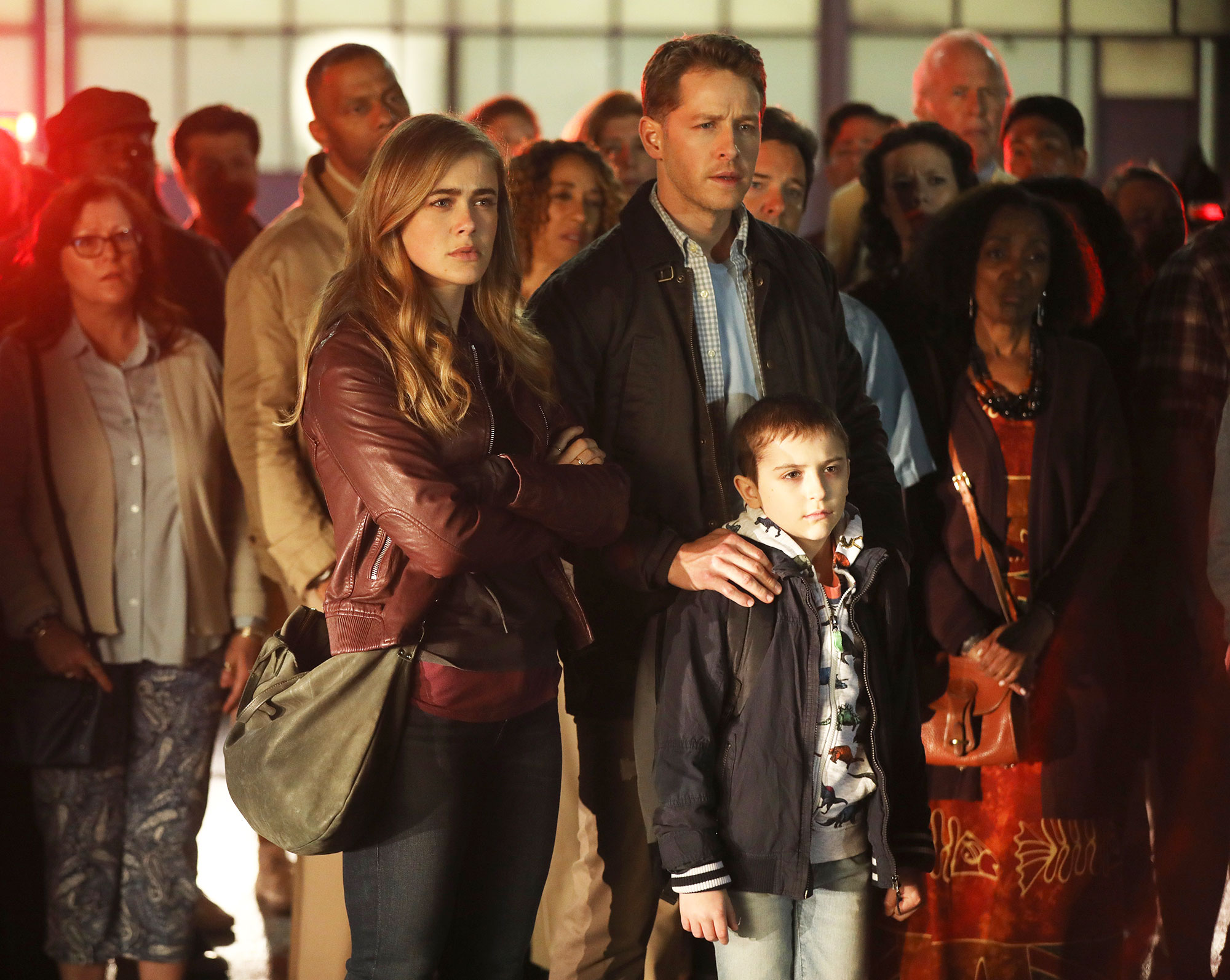 Michaela, whose family was pressuring her to get married, jumped at the chance to take a later flight home. So, her brother Ben (played by Josh Dallas) and his son Cal (Jack Messina) joined her. Little did they know they’d be on Flight 828.

During a “sudden weather surge” during the flight, there was extreme turbulence, but everyone appeared to be OK. That is, until they landed. The 191 passengers were asked to deplane on the tarmac and cops were everywhere. When no one was allowed to leave the airport, Michaela demanded answers.

“The problem, ladies and gentleman, is your plane departed Montego Bay, Jamaica on April 7, 2013. Today is November 4, 2018. You’ve all been missing, presumed dead, for five and a half years,” an officer tells them. He then wants everyone to be tested – which is a problem for the Stone family.

“My son has leukemia. He’s not about to submit to testing of any kind,” Ben tells the investigator. Eventually – 38 hours later – the Stone family is reunited. However, everything is different now – and not everyone is still there.