I helped uncover ‘rape culture’ in Britain’s schools and although that was shocking enough, what really astonished me was how some parents refuse to believe any of it was true

The world teenage girls navigate today is vastly different to the one their mothers experienced. And that is a problem.

I often think some women in their 40s and 50s, who were teens in the 1980s and 1990s, don’t appreciate the magnitude of that difference, or don’t want to.

We like to think of society as progressing and becoming more equal, so it’s hard to acknowledge the reality of a modern world that can hurt our daughters as a matter of routine — casually, and on a daily basis.

The truth is quite brutal. I grew up in a world where boys at school shared libraries of nudes of underage girls on Google drives; a world of sex without dating, where the demand that we engage in unwanted sex acts felt like a pre-established fact.

It is a world in which young girls are put under enormous pressure to ‘perform hotness’ online for ‘likes’ from boys; where sexual assault is not rare, even at school, and where pornography is the backdrop of much of what they do.

When I launched the website Everyone’s Invited in 2020, I wanted to provide a safe space for all survivors of all backgrounds, ages and genders, to tell their stories. What I couldn’t have anticipated when I pressed the button on the first story I shared — my own — was the explosion of interest and attention it caused, followed by backlash and pushback. 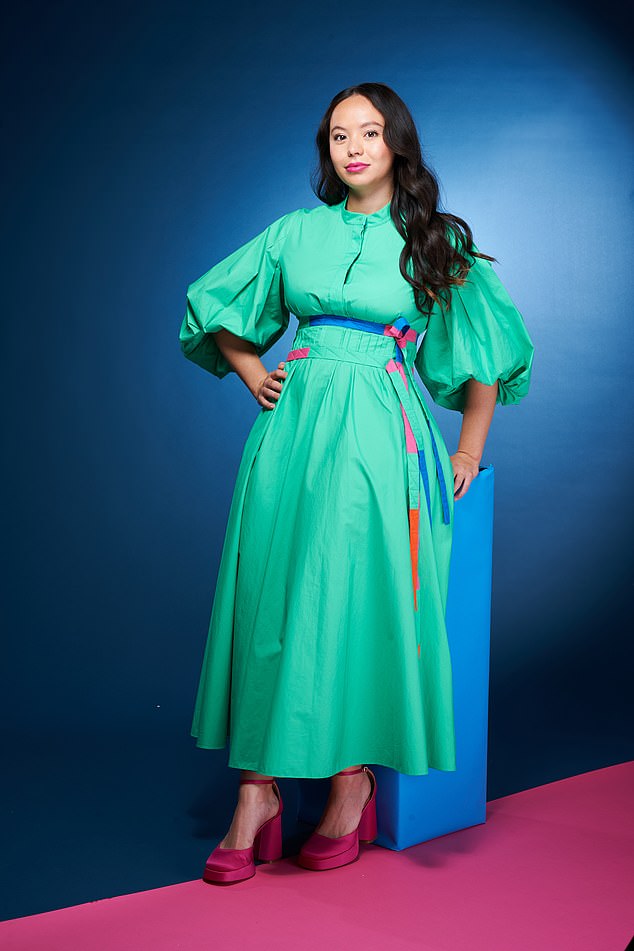 Sara Soma (pictured): ‘I grew up in a world where boys at school shared libraries of nudes of underage girls on Google drives; a world of sex without dating, where the demand that we engage in unwanted sex acts felt like a pre-established fact’

Back then, I was 21, just out of university and beginning to reassess my teenage years with a more mature eye.

I went to all-girls schools but socialised with teens from all over London, where I grew up. Looking back, the misogyny was insidious: endless sexual comments, slut shaming, boys bragging about conquests; too many moments when something felt ‘weird’ or ‘wrong’ or ‘uncomfortable’.

As I got older, my friends and I identified dozens of incidents that now horrify me, but back then were simply ‘part of life’, normalised and expected.

We remembered rape jokes, sexual bullying, unsolicited dick pics, being groped at parties, being ostracised and shamed and humiliated online.

Everyone’s Invited was about providing an anonymous space for those affected to gain catharsis, relief and community.

It didn’t take long for the project to go viral: young women, girls, and some boys, began to add their stories.

To date, I have received more than 50,000 submissions from young people across the UK.

Newspaper headlines about the website multiplied and went global, prompting Ofsted to undertake a groundbreaking review of safeguarding policies related to sexual abuse in schools and the NSPCC to launch a helpline for abuse in education.

I expected a backlash; but I found its source surprising. The fiercest critics, those leading the charge to discredit the validity of the testimonies, were not boys or young men whose behaviour we put under the spotlight, but their mothers. Almost daily, mothers of boys — those middle-aged women who grew up in such a different world to mine — rang the office to question our intentions and dismiss our work as ‘reckless’.

My colleagues talked to dozens of such callers. The testimony was ‘false’, the callers said, ‘exaggerated’ or too ‘sexualised’ to appear and a bad influence on younger children.

The irony wasn’t lost on us — research shows more than half of 11-13-year-olds, and almost all 16-year-olds, have been exposed to online pornography on smartphones probably given to them by their parents. Yet sharing first-hand evidence of its harm was apparently a step too far.

The fact that submissions to the website were anonymous especially riled these women, even though it was only by staying anonymous that victims could speak freely — often for the first time.

What would happen to innocent boys who were ‘falsely accused’ because of us, they asked. We would be personally responsible for any repercussions.

In my new book, I write about Everyone’s Invited’s first weeks and months, and the unexpected first reaction to it.

Any account has to include the pushback we also got from certain schools. At first, we published the name of the school (or university) alongside submissions. It was often where the incident took place — being slapped in corridors; sexual name-calling in the playground; a hand up a skirt in the classroom.

Though, in general, we were impressed with how seriously schools took these stories, a minority were not so constructive. At times, it felt as though some schools were focused, not on the rights of their students, but on their own reputation.

When safeguarding is sacrificed for the sake of a school’s name, and income, it is hard to believe.

What all these reactions have in common, from mothers of boys to teachers at schools to commentators who have accused the site of slandering the entire male sex, is disbelief.

When I tell parents of teens that children can barely go online without being bombarded by chat from sexbots — spam programs that often send explicit pictures — or messages from 40-year-old men, they are appalled.

Some parents, and those from older generations, blame and punish girls who send nude photos of themselves to boys, failing to understand that digital sex is teenage sex nowadays and sending a nude is as real a form of it as an experimental fumble in the back row of the cinema was to them.

The world has changed, and for many older generations, it up-ends their view of how boys and girls behave. 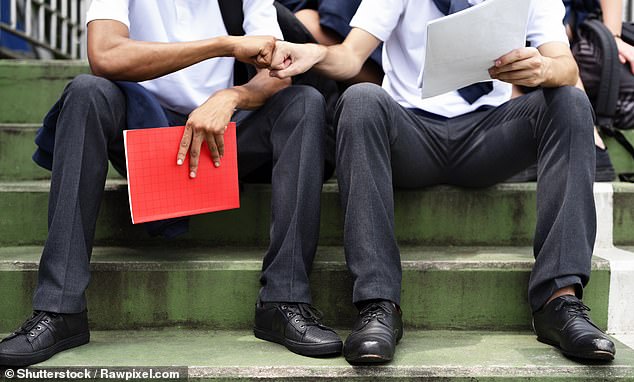 Children need sex education that truly reflects the world they live in, with age-appropriate lessons on pornography, female sexual pleasure, sexual bullying and what consent really means. It must be taken as seriously by schools as maths and English (File image)

But our work has never been about demonising boys and men. I have never subscribed to the ‘cancel culture’ that, in some quarters, my generation embraces. On the contrary, both the website and the new book stand for empathy, compassion and forgiveness, though I recognise that’s a lot to ask of those who have suffered.

I truly believe if we’re to change a sexist, misogynist culture that dehumanises girls and women, we won’t go about it by dehumanising boys and men instead. This has never been a gender war.

It’s my firm opinion many of the boys responsible for the horrible damage to girls reported on Everyone’s Invited did not understand what they were doing, or how harmful it was.

There is no one solution to so vast a problem, but better education can help. I wrote my book partly to empower parents with the understanding, knowledge and tools to support their child as they navigate the modern sexual landscape.

Children need sex education that truly reflects the world they live in, with age-appropriate lessons on pornography, female sexual pleasure, sexual bullying and what consent really means. It must be taken as seriously by schools as maths and English.

It’s crucial that mothers, fathers, teachers, boys, girls, old and young challenge this culture daily. Only then can we hope to create meaningful change.