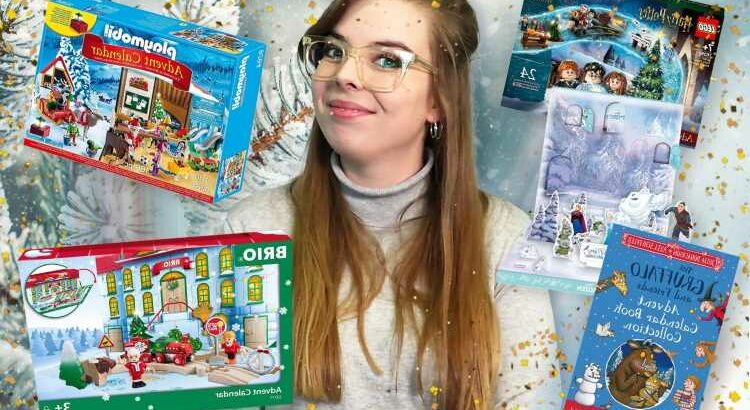 RACING down the stairs in the morning, opening your advent calendar and discovering what treat lies inside is part of the magic of Christmas for children.

But gone are the days where you’ll get just a chocolate behind the window – advent calendars are becoming bigger and better as demand soars. 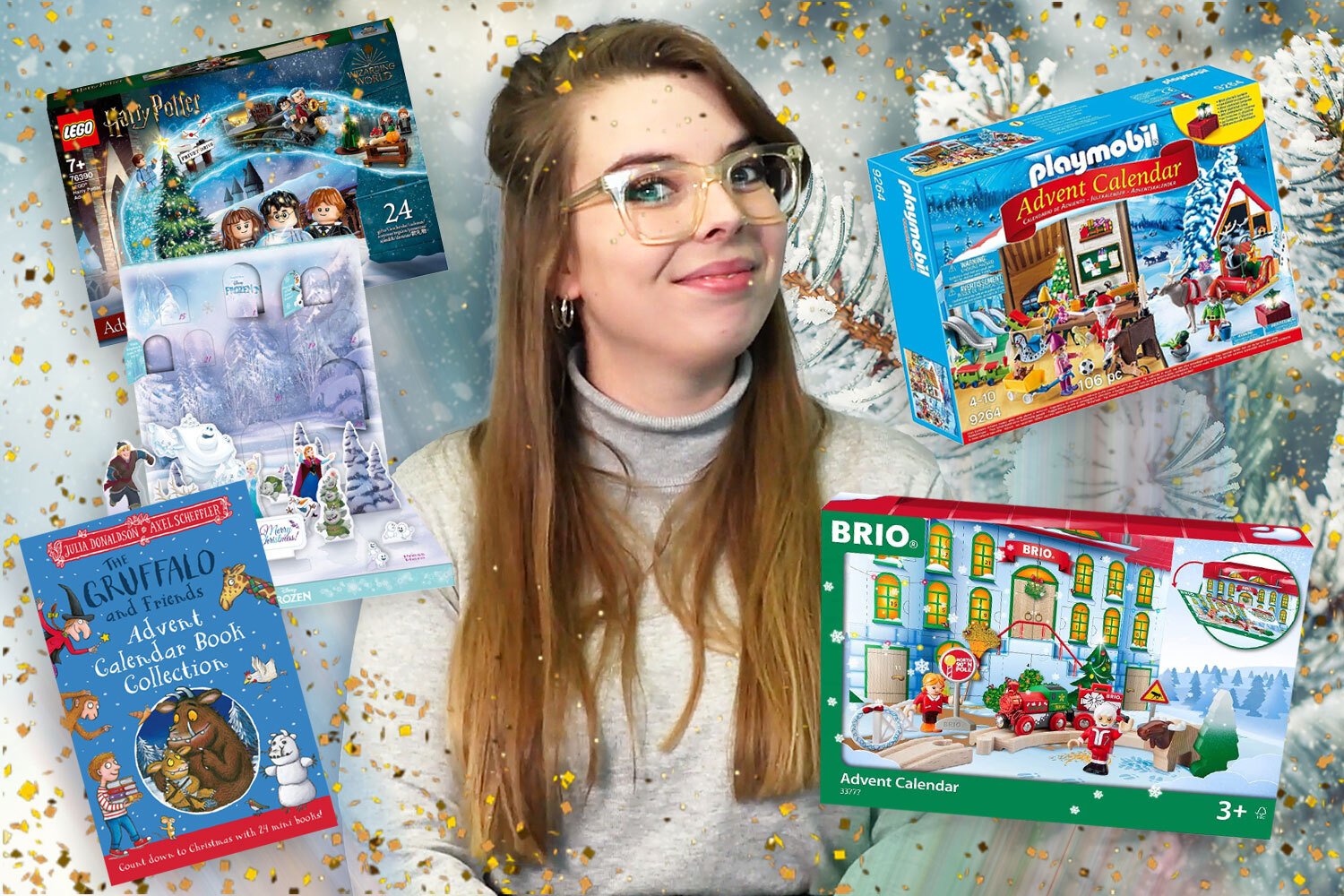 According to most recent data from GlobalData on what type of advent calendars customers are buying, those containing toys were the third most popular.

With some household favourite chocolate advent calendars – like Mars’ Celebrations one – unavailable this year, it could be an idea to opt for a toy one instead.

Although they’re usually a little pricier than more traditional options, it could make the run-up to December 25 even more special for your little one.

But with so many options to choose from in stores, The Sun put seven to the test to see which one is our best buy this Christmas.

We picked big brand calendars like Lego, Playmobil and Frozen that will be a hit with kids and marked them out of 10 for price, quality, packaging and value for money.

While the Gruffalo and Friends advent calendar book collection came out on top for its beautifully designed packaging and thoughtful presents, Mad Beauty’s Disney Festive Fairies 12 Days advent calendar didn’t hit the mark on the goodies it offered.

A Mad Beauty spokesperson said: "Unfortunately a Quality Control sample from head office rather than a final sample was provided in error and therefore some items had been opened to check for quality.

"Mad Beauty can only apologise for this mistake and would like to assure their customers that all Mad Beauty items for sale through retailers or the Mad Beauty website are quality checked final products."

"We hope families can share the joys of reading a book day together and enjoy the various songs, rhymes and activities from the calendar in the run up to Christmas."

Because it's now December, you may find some of the prices for the calendars have reduced.

The prices we included were when we tested the advent calendars – check on our links to see if they have gone down.

Here’s how the seven toy advent calendars we picked stood up in our test. 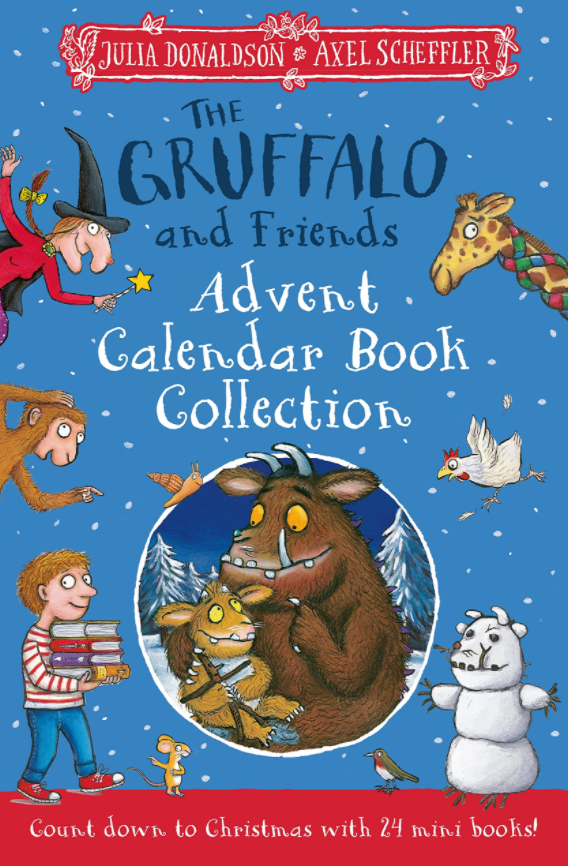 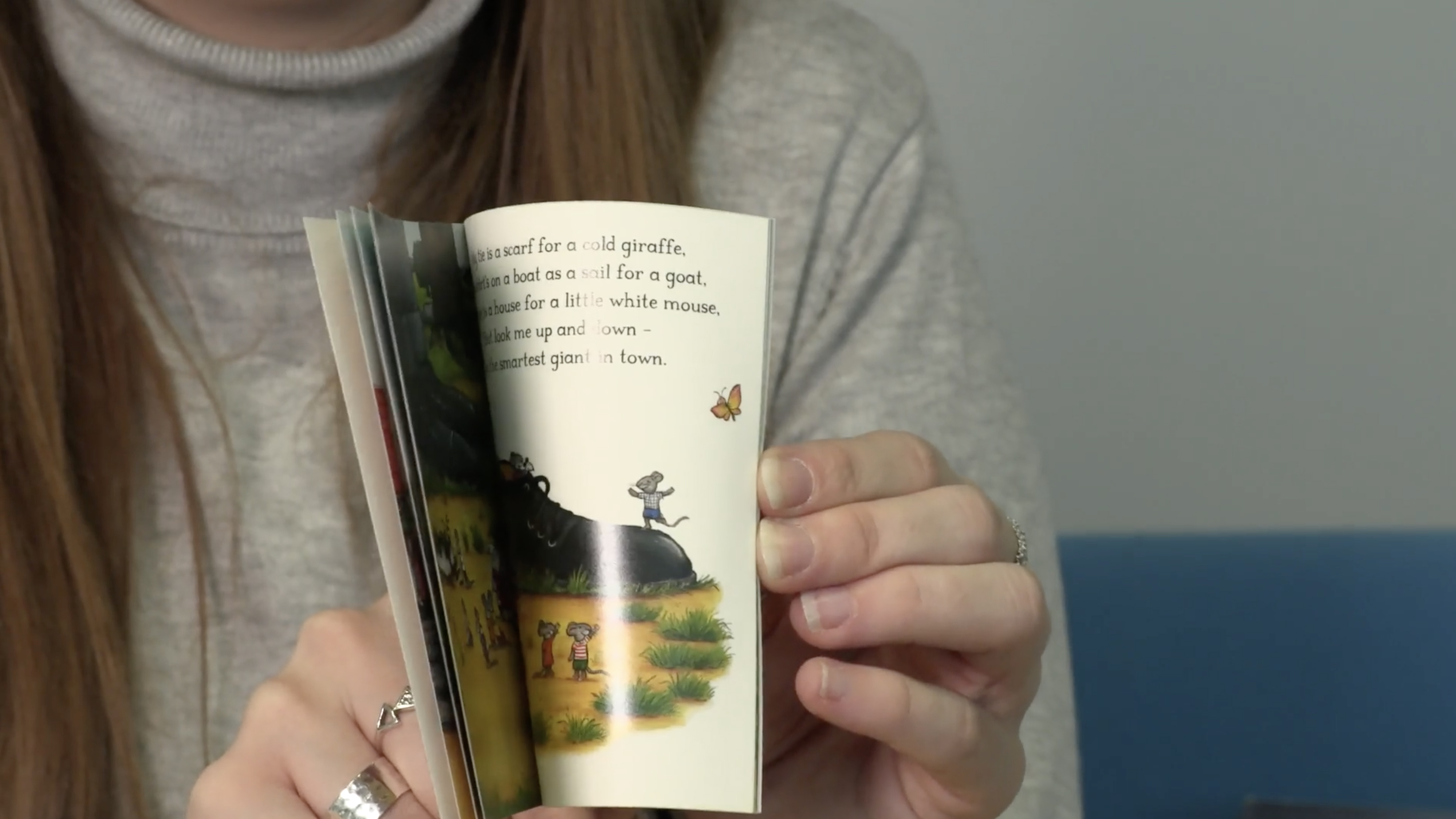 We were blown away by this Gruffalo and Friends advent calendar.

It contains 24 mini books including songs and activities for the kids to do, as well as short stories from the famous author Julia Donaldson.

We thought the presentation was beautiful, full of distinctive illustrations and bound with a bright red ribbon that made it extra special to open.

Books slot into colourful pockets that kids can pull out and put back in – meaning you can re-use it each year and still keep it looking extra special.

Because of this, we ranked it the highest out of all the advent calendars for value for money as you could bring it out for future Christmases too.

At £19.99, it was the second cheapest advent calendar on our list – and we think it could make the run up to Christmas super special for kids. 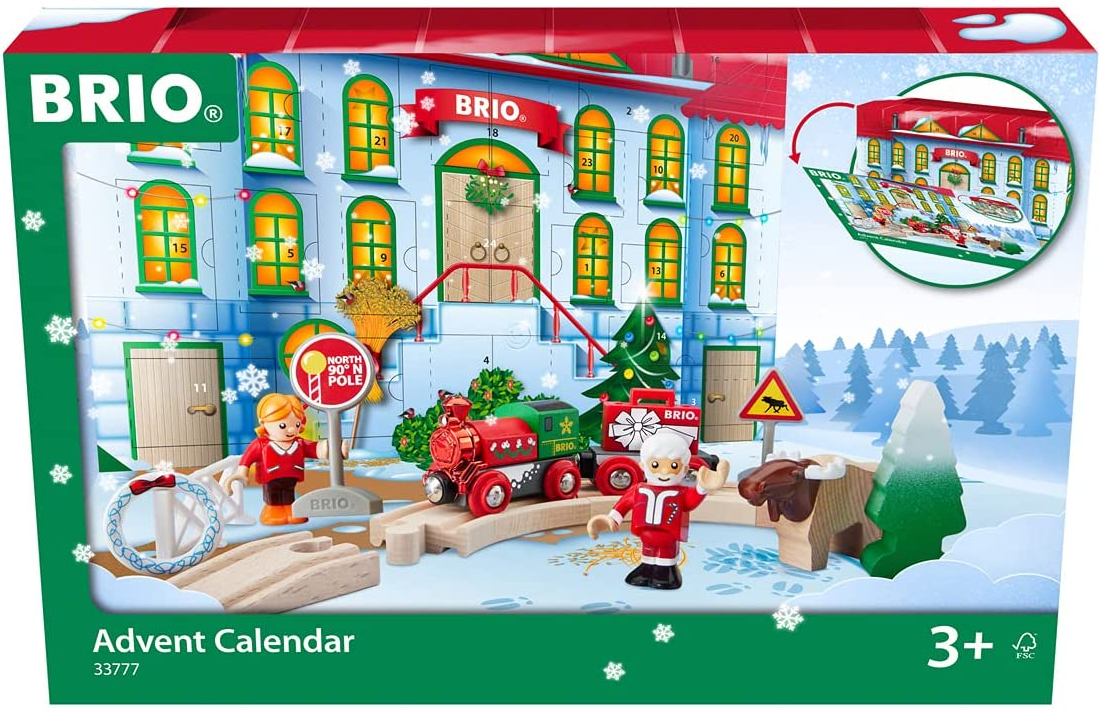 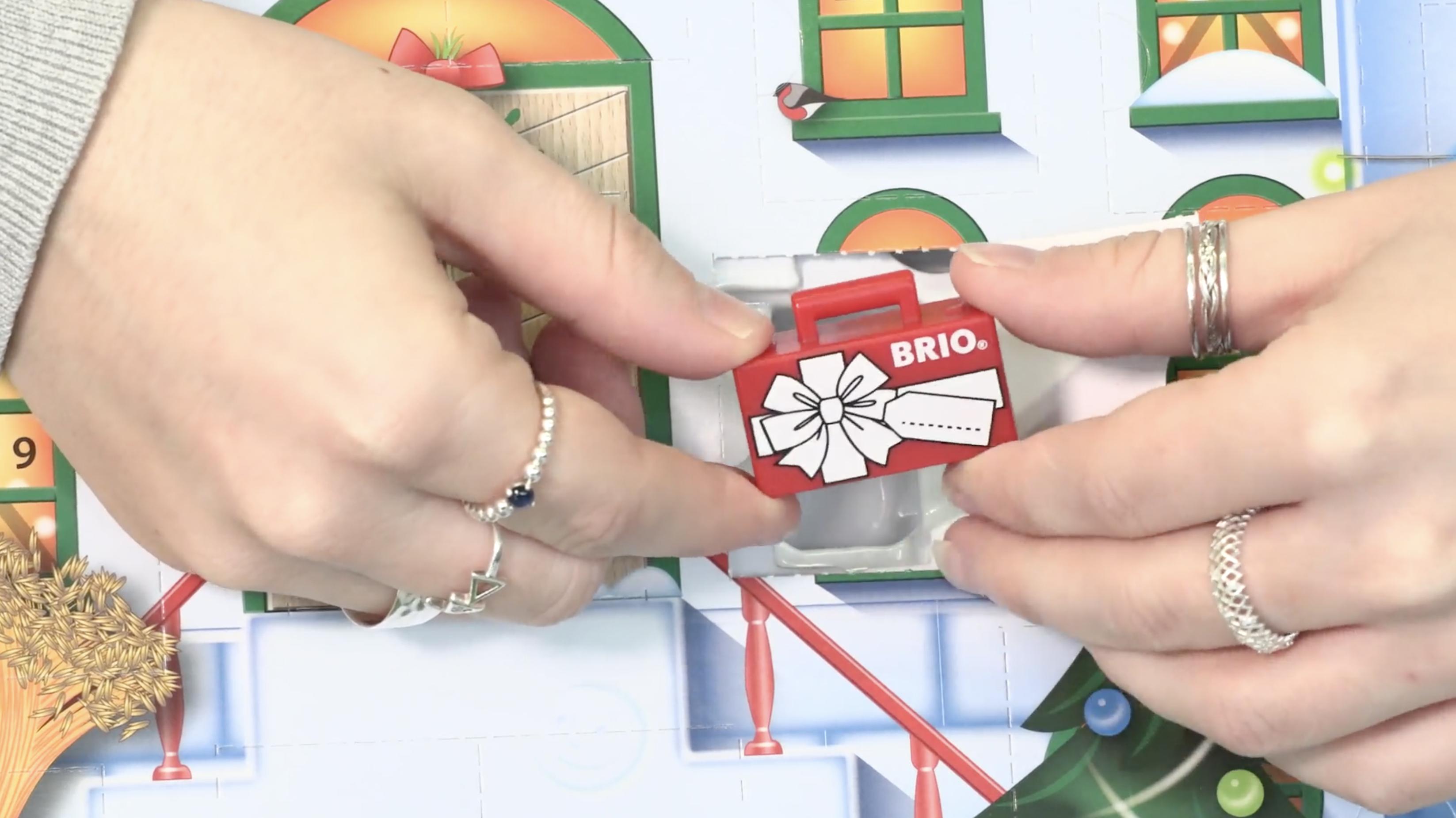 In second place was this colourful advent calendar featuring the classic Brio trains and wooden tracks.

As the days go by, kids will be able to build the Christmassy scene, building train tracks and playing with the Father Christmas figure and his little helpers on the game board that flips down.

Compared to some of the other advent calendars, we thought this one was easy to use and we liked the colourful packaging.

However, it came in joint place for the most expensive advent calendar on the list – which meant we had to mark it down to a six on price.

But because we thought the toys were high quality and durable and would last for future Christmases, we ranked it eight for value for money.

It was also one of the most festive calendars we tested so thought it captured the spirit of Christmas for the little ones.

We bought ours for John Lewis, but we saw it was out of stock when we checked using a central London postcode.

However, it has since been reduced over at Amazon – you could grab it for £20.99. 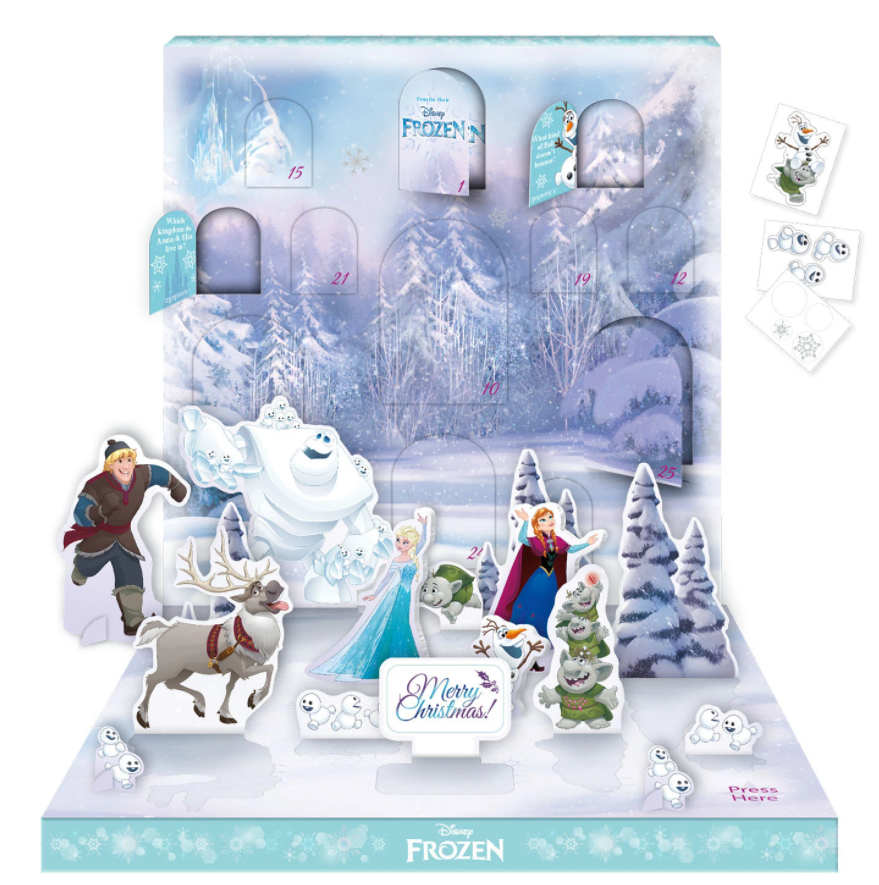 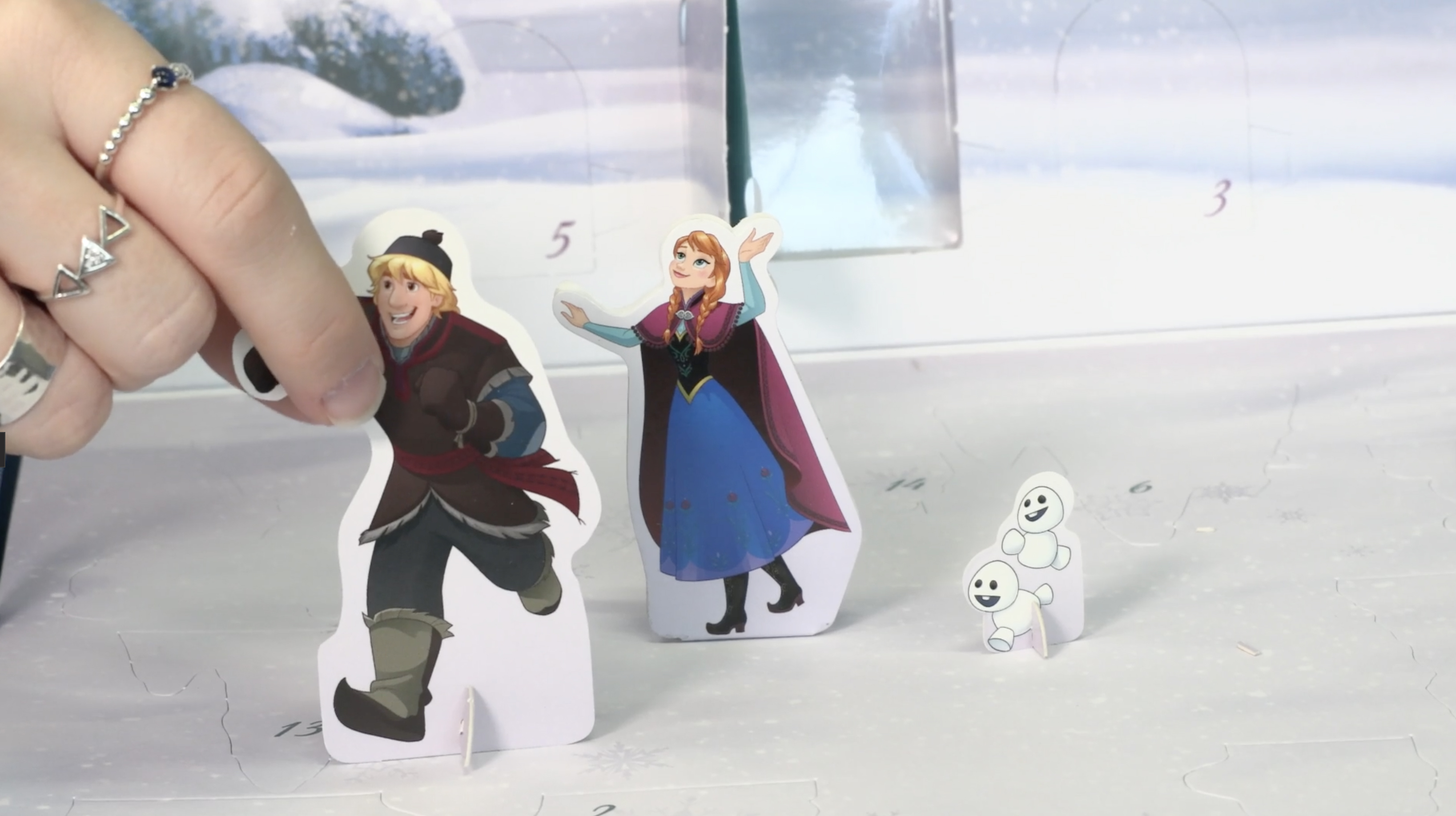 This Frozen advent calendar was different from the rest because when you flip it open, a twinkly music box tune plays.

That's what it's supposed to do in theory – however, we found that the music wouldn't play on a number of times we opened the calendar up.

We needed to put another set of batteries in it to get it up and running more smoothly – which was a bit of a faff, as this required a screwdriver.

However, we were impressed when we saw the Frozen characters dance around the magnetic board, and think little ones would be delighted seeing the figures dance as if by magic.

We thought the packaging was beautiful and would be great fun for the kids.

But because some of the figures didn't dance and were a little flimsy, we marked it a seven on value for money. 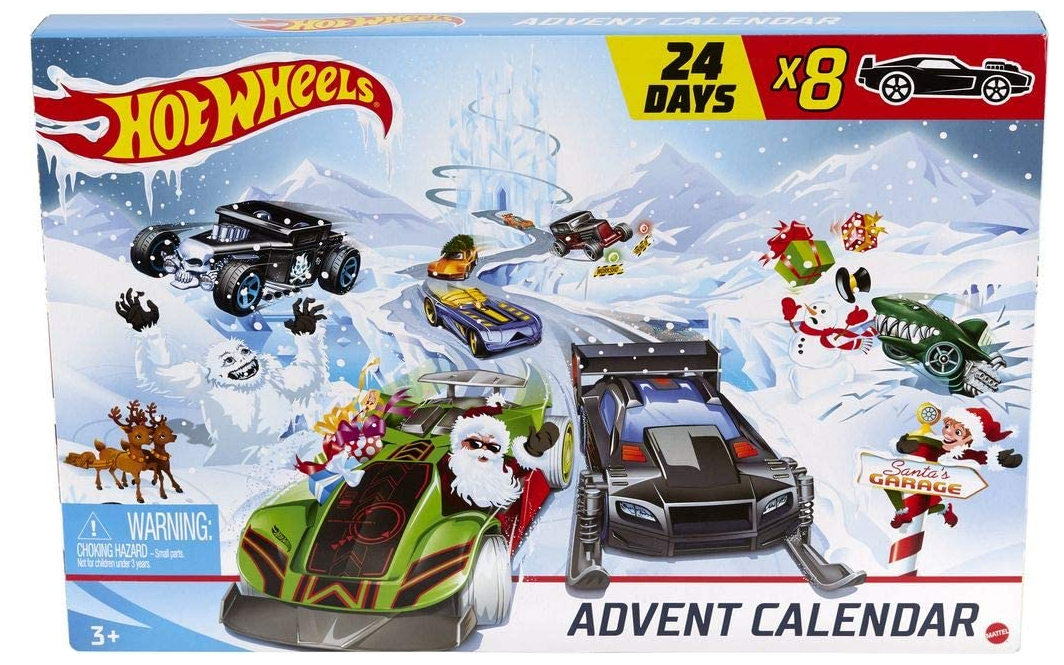 Hot Wheels has always been a household favourite toy – and you can get eight cars in this advent calendar.

It also comes with 16 other accessories, such as Christmas tree, snowman and ice monster.

Because it had a good amount of cars to play with – the main toys that the kids will probably want – we thought it was good quality.

But it's price let it down – it was the joint first most expensive advent calendar – meaning that we ranked it six out of 10 on price and knocked it down on value for money, scoring it a 7.5.

We also though the playing board was a little flimsier than Brio's one, so we wondered how durable it would be. 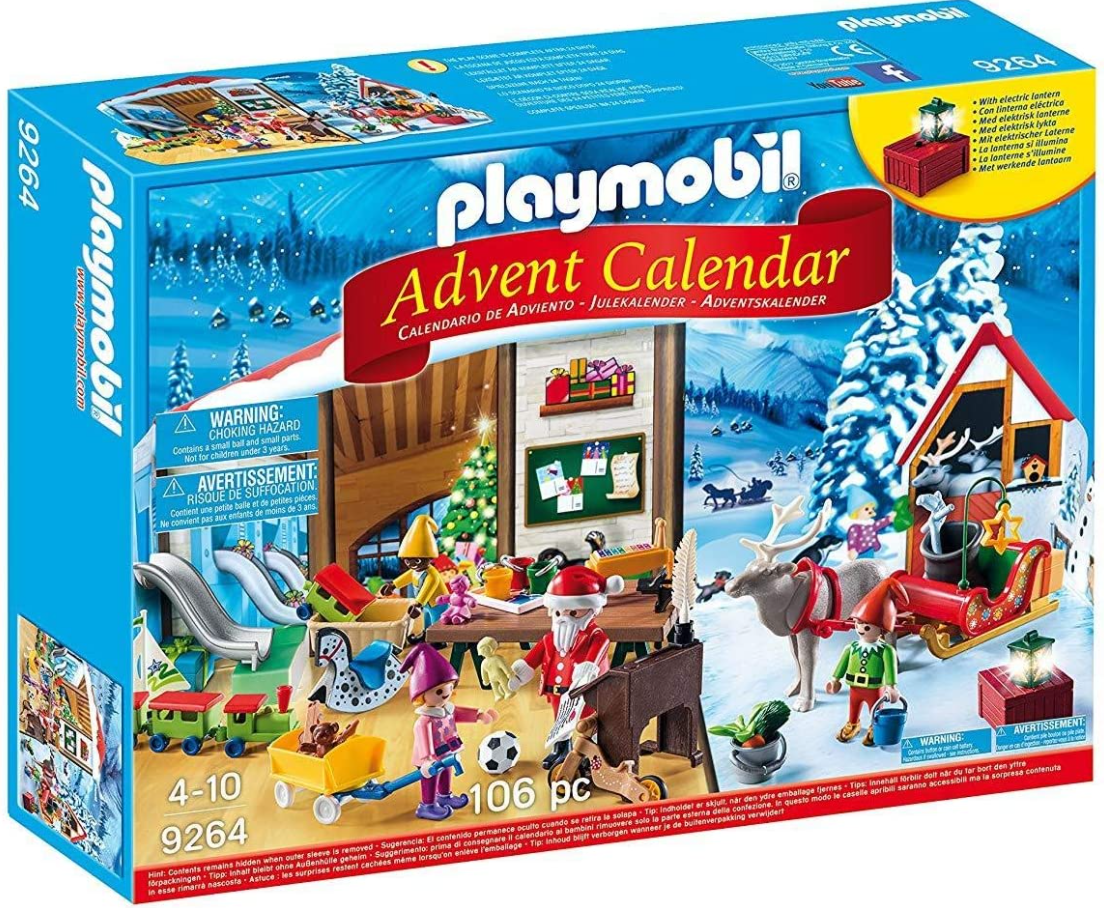 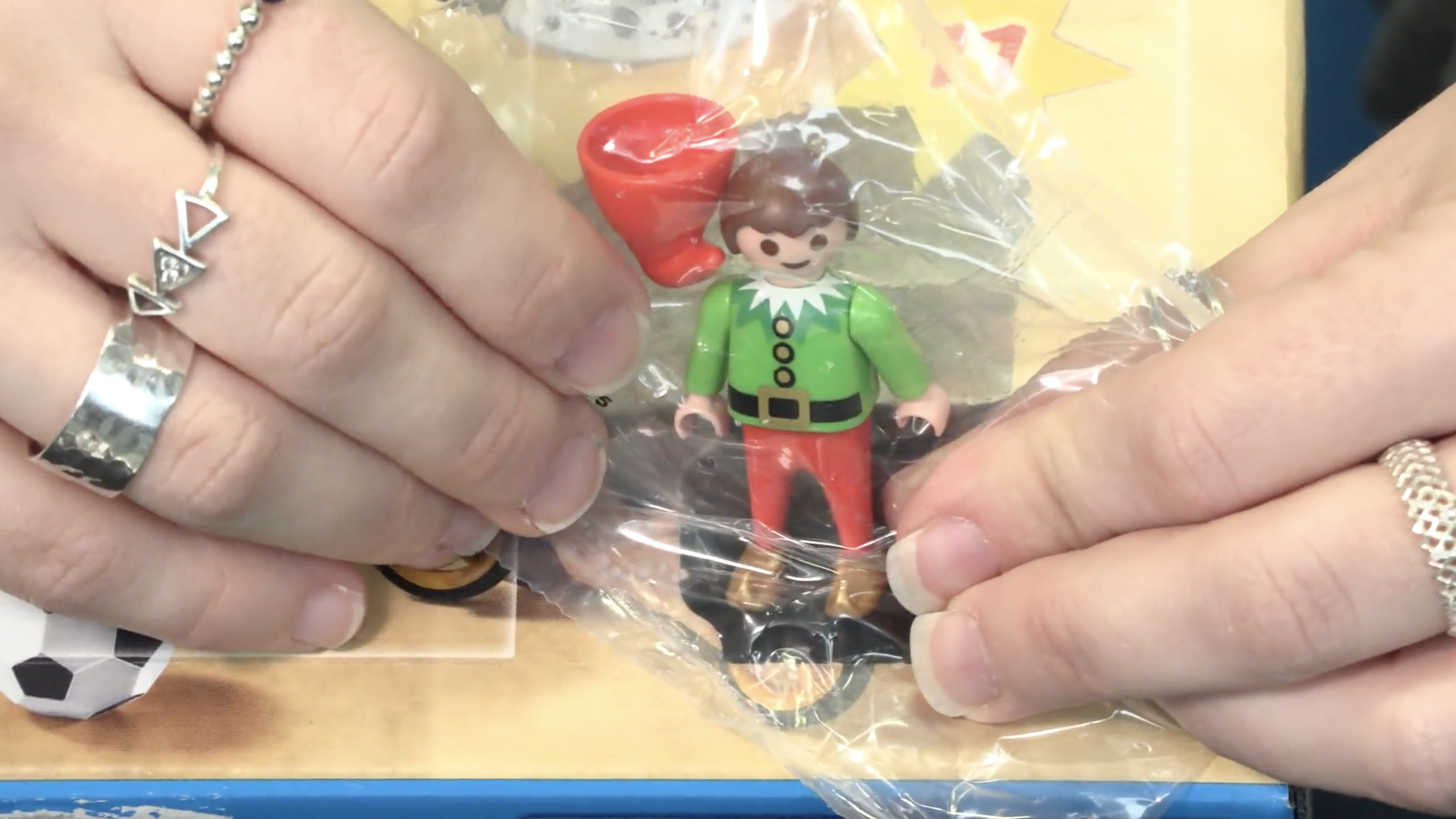 There's nothing more off-putting than an instructions manual which comes with a toy, and unfortunately Play Mobil's advent calendar came with a hefty one.

The instructions booklet tells you how to put up the 3D paper Santa's grotto playing board that came with the advent calendar – but we gave up trying to put it together.

Because of this, we marked the packaging down to a five.

However, we thought it was a great quality advent calendar, with sweet Christmas figures including Father Christmas, three elves, and a reindeer.

Other accessories include a sleigh and a small train set.

We bought ours on Amazon for £27.47 – meaning it was a little less than the most expensive ones on the list, so we marked it a seven. 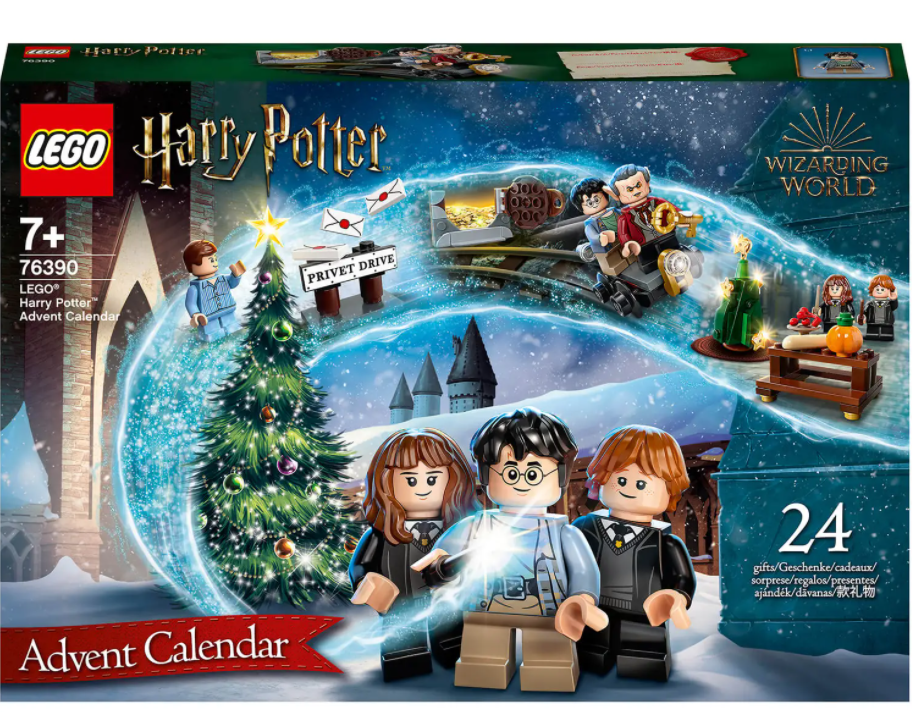 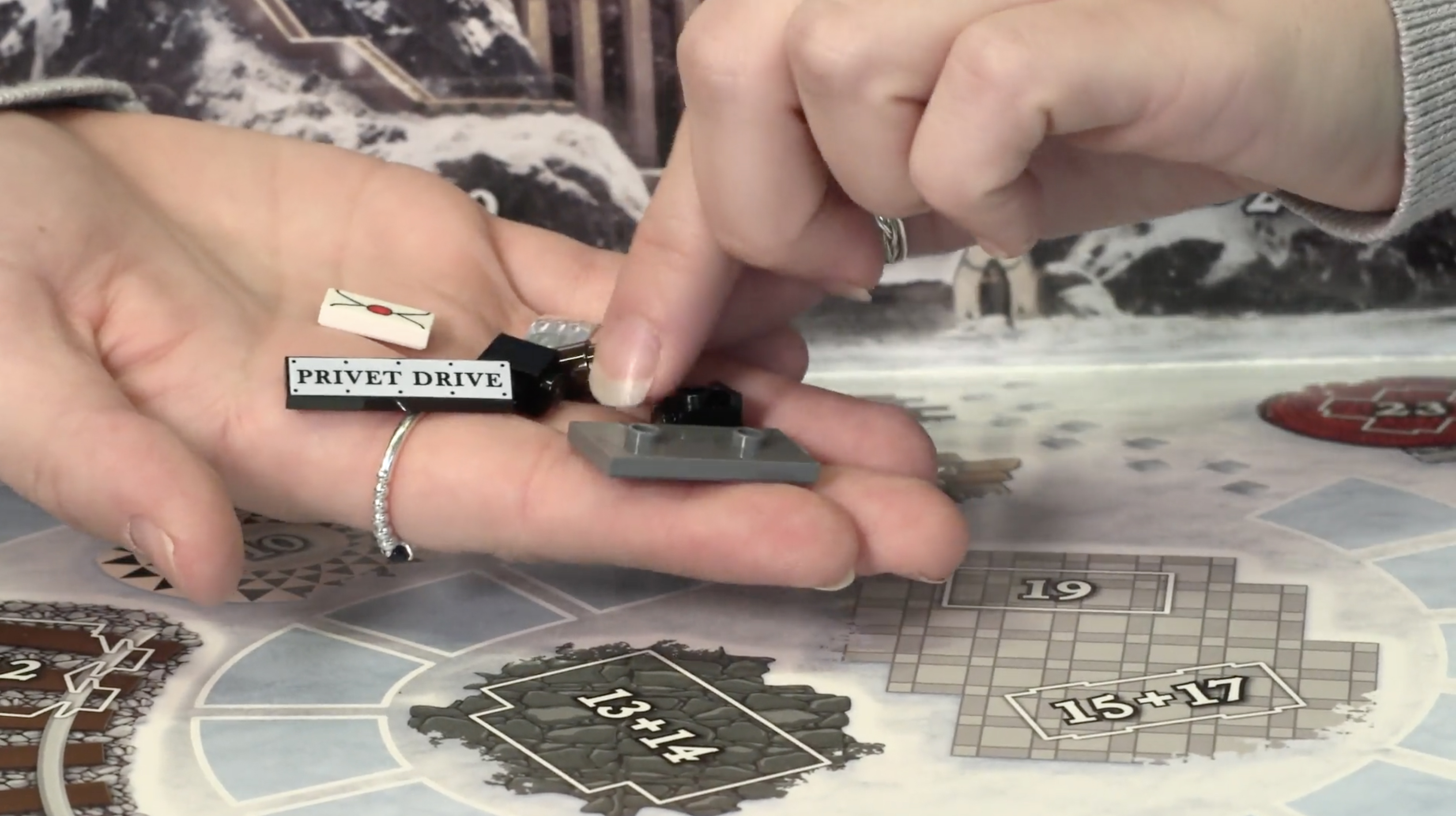 It comes with six Lego figures – Ron Weasley, Hermione Granger, Harry Potter, Draco Malfoy, Dudley Dursley and Griphook – waiting behind the windows for kids to open as the days draw closer to Christmas.

However, we found it difficult to put the advent calendar together – we ended up opening it up accidentally putting the box holding the toys in the wrong way round.

It means that parents will have to be on hand to help kids open the calendar – so it's not the most low-effort one on the list you can buy.

We also thought the games board it comes with was flimsy – we don't think it would last long with excited kids.

Some of the accessories you get are pretty small as well – we reckon they could easily get lost, or end up going up the hoover.

Because of it, we scored it a seven out of 10 for value for money. 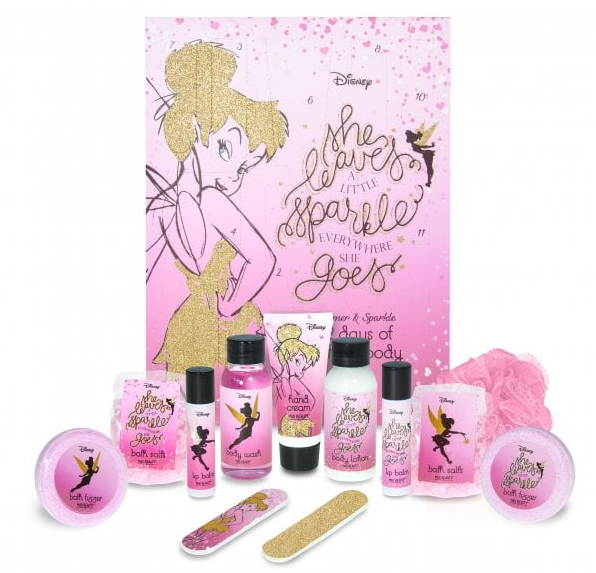 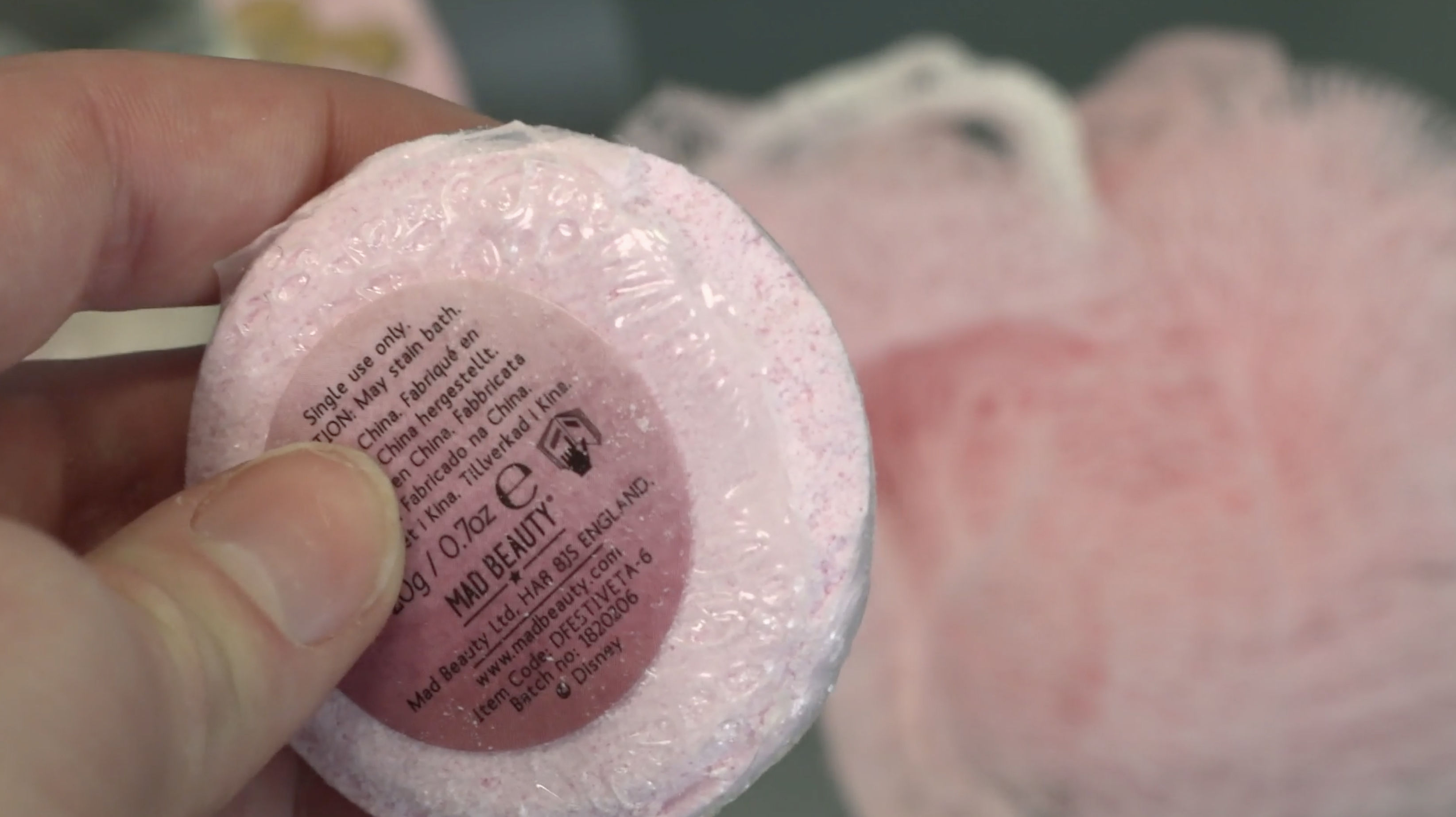 Although Mad Beauty's £13.99 Tinkerbell themed advent calendar was the least expensive on the list, we didn't think it was great value for money.

Some of the products – including the bath bombs – were broken with the packaging ripped.

And the rim of the hand cream was yellow and discoloured, looking like it had been opened.

When we applied the hand cream as well, it felt greasy.

There were 12 windows in the advent calendar instead of the traditional 24, meaning you get less products.

Because of this, we ranked the advent calendar a four out of 10 for quality and seven for price because there were less goodies to open.

However, we loved the pink and glittery packaging and think girls would like it.

We tried the Costa Christmas menu and one toastie tasted just like xmas dinner.

We also tested alcohol advent calendars to see which is best.

Here's how Christmas sandwiches fared in our taste test.