Gone are the days when you could go to a restaurant and expect your food to be served on a simple, humble plate.

Now eateries are coming up with ever more creative ways in which to serve you a meal – including on some very outlandish props.

From bread stuffed inside what looks like roadkill to pizza presented on a snowboard, these are some of the weirdest ways in which dinner has been served.

The hilarious pictures snapped by baffled diners have mostly been shared by the popular We Want Plates Twitter account and on a Reddit thread that goes by the same name.

And the bemusing photos will make you yearn for a simple white plate when going out to eat. 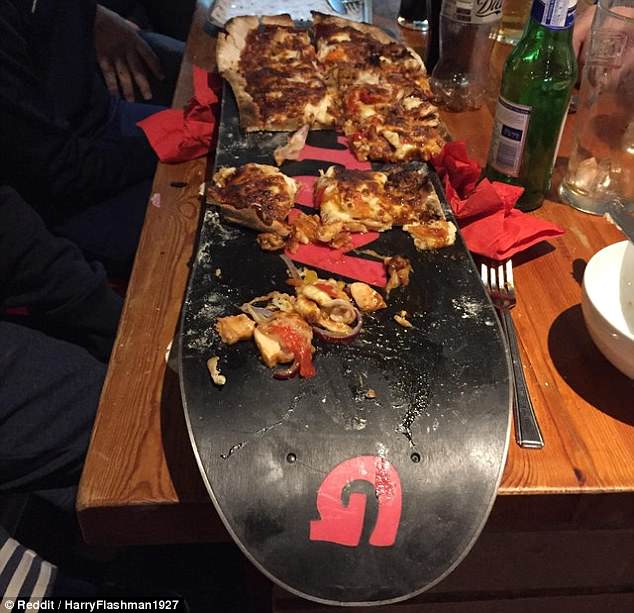 A pizza with a side order of snow? This restaurant serves up its cheesy treats on a snowboard 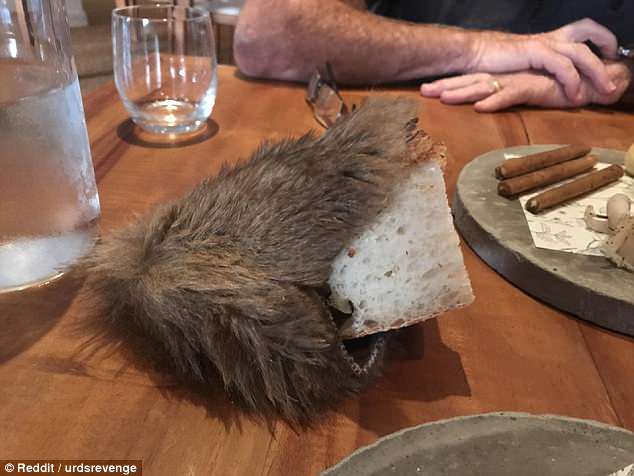 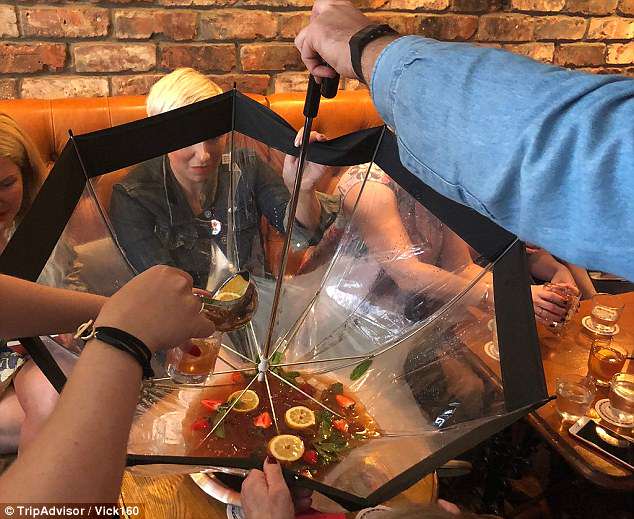 It might have seemed a good idea in theory but in practice, drinking punch from an umbrella doesn’t really work 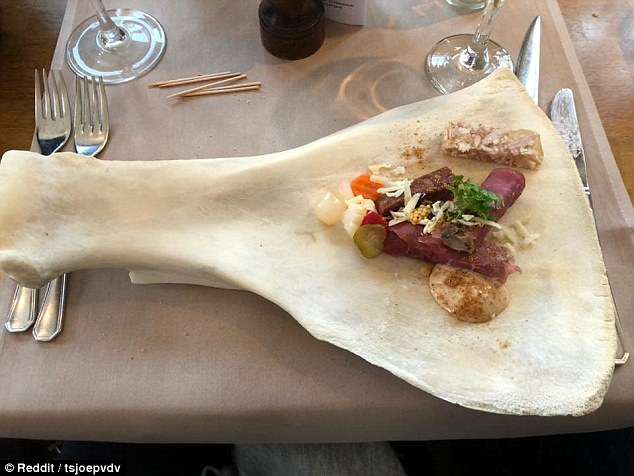 What were they thinking? This plate of fancy food is served up on a giant bone 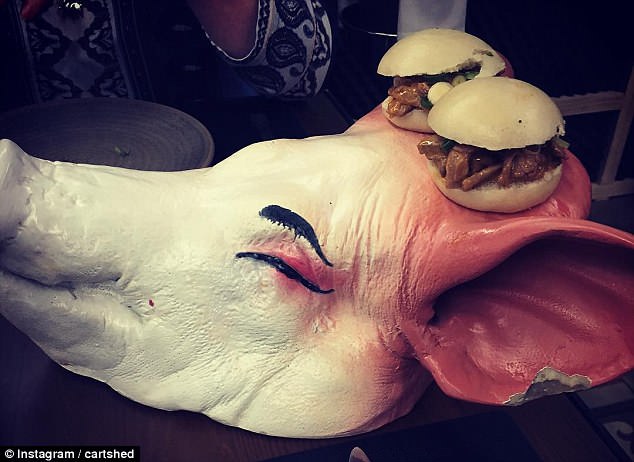 Well, at least you’ll know what you’re eating! These pork buns are served up on a fake pig’s head 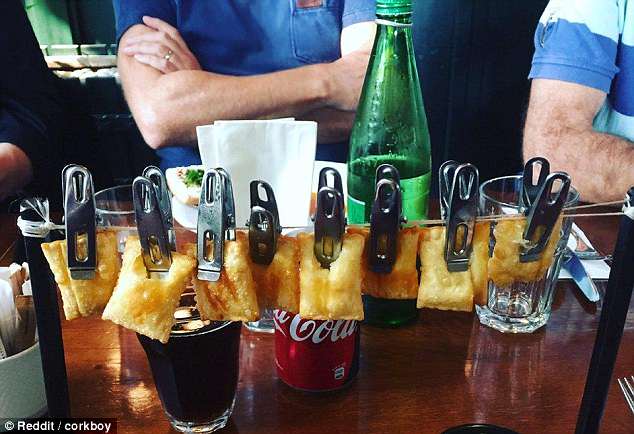 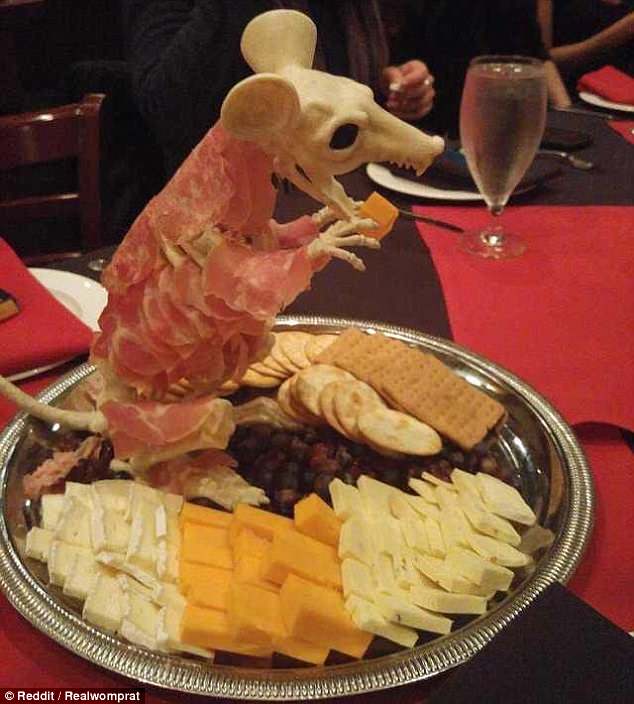 Not so much cheesy as plain terrifying! This platter of cheese, crackers and meat comes with a haunting skeleton of a rat 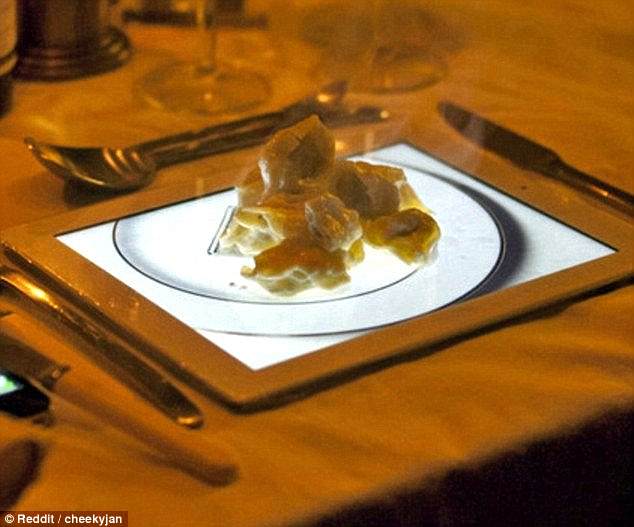 What a waste of money! The starters at this restaurant are bizarrely served up on iPads, which doesn’t seem very hygienic 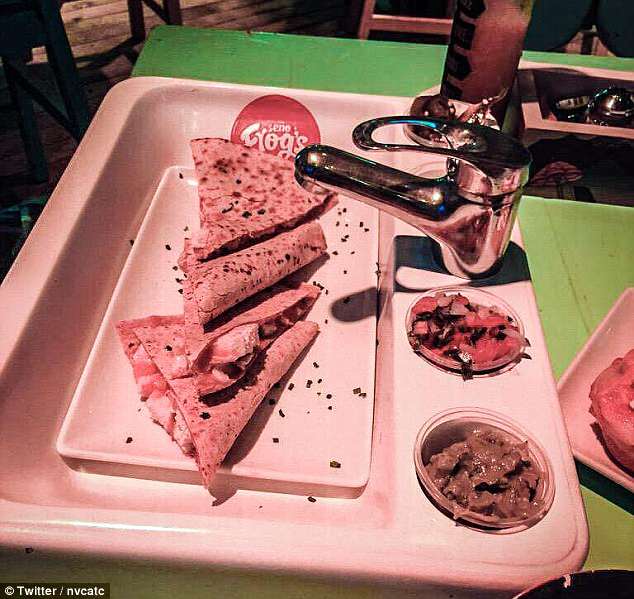 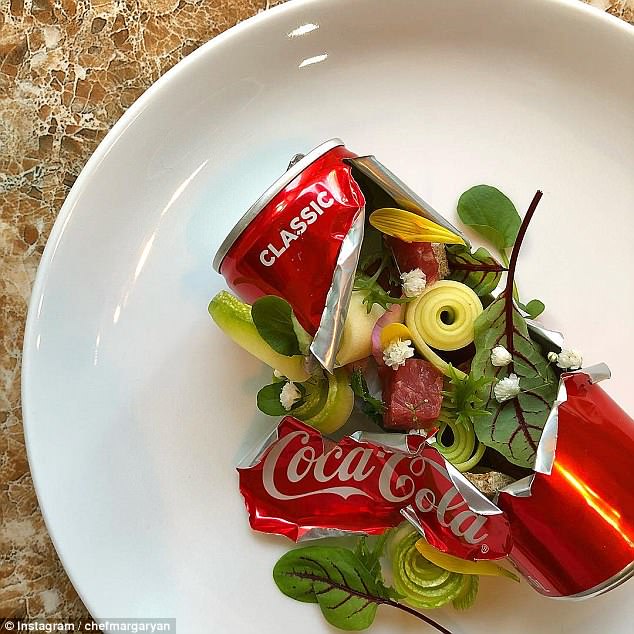 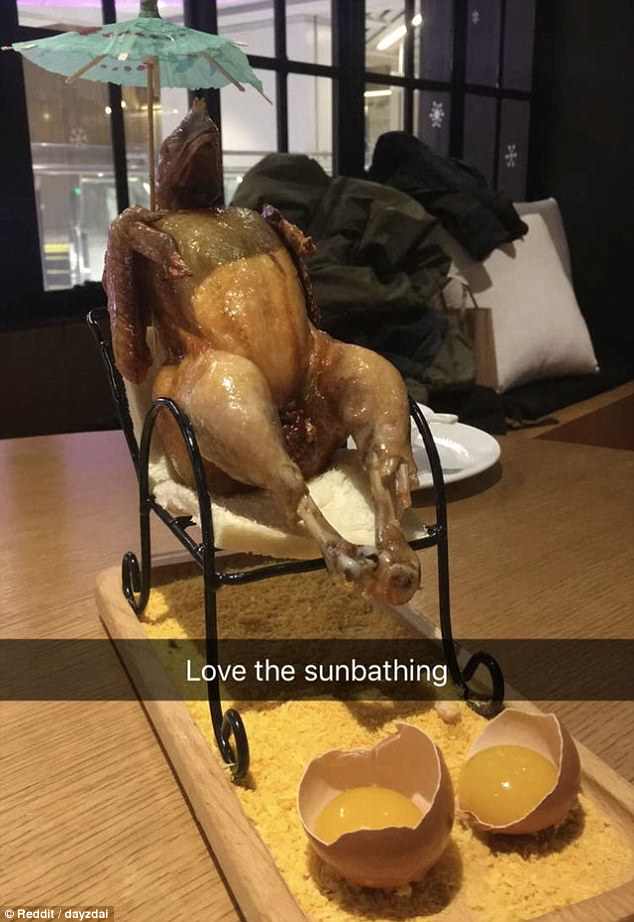 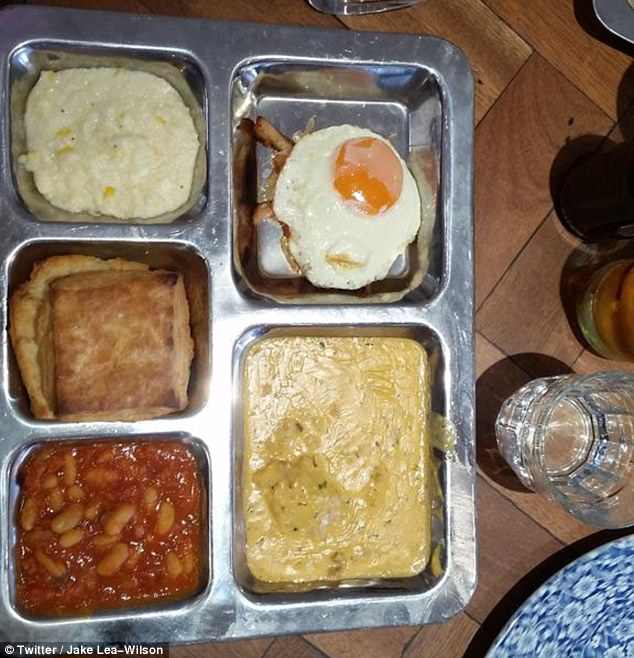 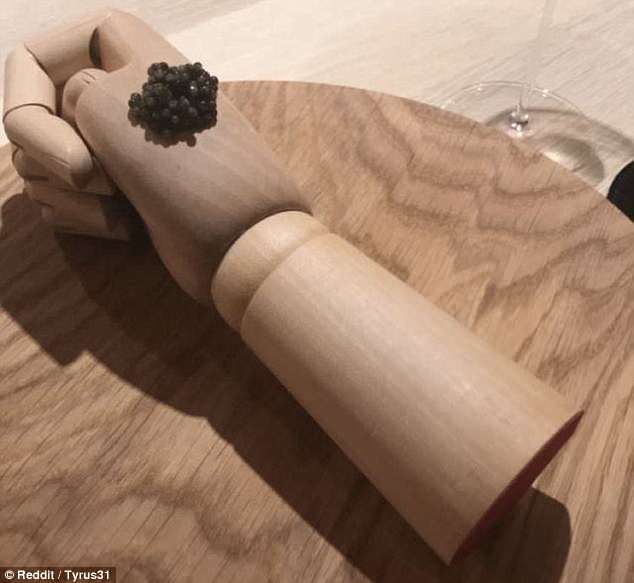 Why eat caviar off your own hand when you can eat it off a wooden one?