After waiting over a year for a new season, 13 Reasons Why fans can finally dive into Season 3 of Netflix’s dark teen drama… but viewers will probably get pretty confused pretty quickly once they hit play on the first new episode. A timecard immediately told viewers they are watching the drama unfold eight months after the events of Season 2. It also became apparent that this major time jump leapt over some very important events — most notably, some mysterious actions at the Liberty High School homecoming game. So, what happened at homecoming on 13 Reasons Why Season 3? Some characters dropped clues about the pivotal night throughout the season, but viewers didn’t actually get to see the events until toward the end.

Spoiler alert: The rest of this post contains spoilers for 13 Reasons Why Season 3. In a similar style to Season 1 of 13 Reasons Why, Season 3 employed its time jump by following the actions of its main characters in the present while cutting to various flashbacks that helped better explain how everyone got to where they were over the past eight months at Liberty High. It was quickly revealed that the new mystery at the center of the season is finding out who killed Bryce Walker, and the homecoming game was central to that because Bryce was last seen at the game and was presumably killed shortly after it ended.

Because of the time jump, characters only let vague details about homecoming slip throughout the first half of Season 3. For instance, viewers knew Liberty High was playing against Bryce’s new school Hillcrest in the football game. The show also revealed early on that there was a big fight during the game, Zach had a broken leg, Alex was covered in bruises, and Jess staged some sort of protest. But homecoming was not fully shown to viewers until Episode 11. 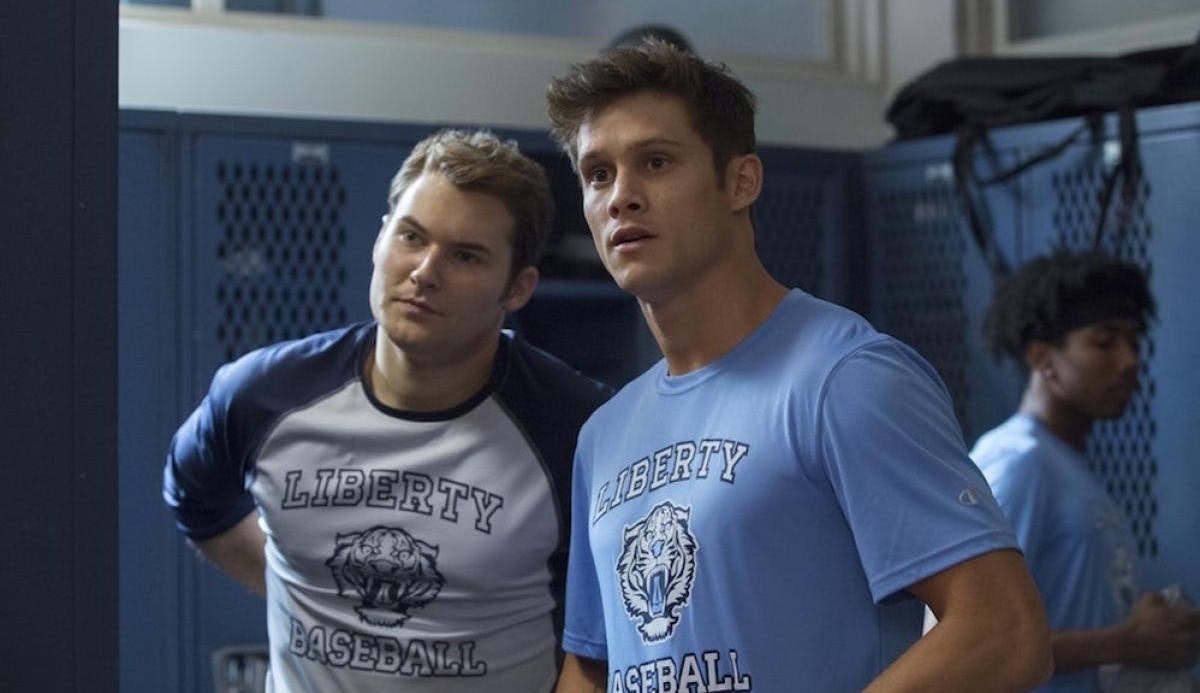 By then, the new character Ani had already given a pretty thorough rundown of what had happened to all of the main characters over the past eight months in her confessional narration, and it was clear the homecoming game was a tipping point for pretty much everyone.

A lot went down right before the big game. Jess was planning a protest with her activist group Hands Off, wherein she and the other members planned to storm the field at halftime to smear red paint on their bodies and chant about how jock culture feeds into rape culture. But she was thrown when Bryce found her before the game, asking her to meet him afterward so he could give her something. Bryce, who seemed to have been working to become a better person, also confronted Monty prior to the game, threatening him to stay away from Tyler after learning what he did to him. But Bryce’s next confrontation was not as noble, as he targeted Zach throughout the game after Chloe told him she has been leaning on him throughout and since her abortion. Adding to the chaotic mix, Clay saw Ani kiss Bryce prior to the game and totally lost it.

So…. yeah — it’s clear that a powder keg was about to go off, and it finally did during Jess’ halftime demonstration. After a Hillcrest player groped her mid-protest, a massive fight broke out between both teams, and several members of the crowd jumped in to join the brawl. Clay set his sights on taking his frustration out on Bryce, but Justin held him back. Bryce used the opportunity to break Zach’s leg in a jealous rage.

The homecoming scene did not yet clarify exactly who killed Bryce, but it definitely showed how pretty much everyone had a motive to want Bryce dead. Fans will have to watch the remaining episodes to find out the murderer’s actual identity.

13 Reasons Why Season 3 is on Netflix now.

If you or someone you know has been sexually assaulted, call the National Sexual Assault Telephone Hotline at 800-656-HOPE (4673) or visit rainn.org.