Taking place eight months after the events of the previous season, Season 3 of 13 Reasons Why has moved past the details of Hannah Baker’s death, but as with any major life change, characters can’t abandon their pasts that easily. School loner Tyler experienced a particularly dark path in the aftermath of Hannah’s suicide, so before viewers check in with him in Season 3, let’s catch up on what happened with Tyler in 13 Reasons Why Season 2.

After the teen drama’s first two seasons focused on Hannah (Katherine Langford) and her reasons for killing herself, Langford isn’t returning for Season 3, which will instead focus on Bryce Walker (Justin Prentice) and the mysterious details of his sudden death. The Season 3 trailer hints anyone is a suspect in this murder, but after his past actions, problematic outsider Tyler Down (Devid Druid) might be at the top of authorities’ list of people to watch.

As several Liberty High students testified in the Bakers’ case against the school district in Season 2, Tyler coming clean about his controversial photographs of Hannah ostracized him even more. He soon clicked with edgy kid Cyrus (Bryce Cass) and his artistic sister Mackenzie (Chelsea Alden), and as two of the few kids seemingly unconnected to Hannah’s death, they welcomed Tyler into their lives with open arms. Tyler then developed feelings for Mackenzie, who clearly accepted him in a way not many others had. 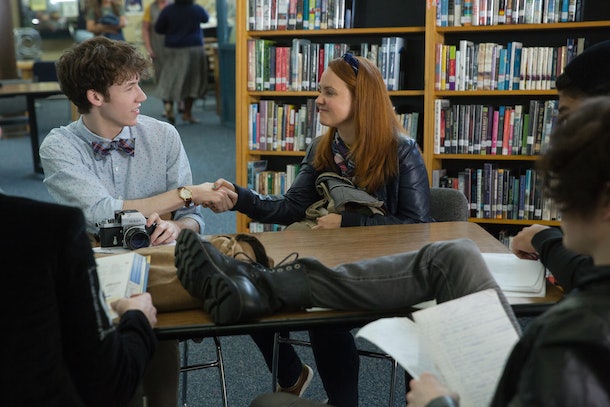 Tyler and Cyrus also began conducting science experiments in the latter’s basement, plotting to target Marcus (Steven Silver) with a paint bomb after he allegedly lied about Hannah in court. Following their revenge, Mackenzie asked Tyler out on a date to the movies, calming his nerves before beginning to kiss him during the screening. The date was cut short when the kissing got a little too intense for Tyler, and he quickly ditched Mackenzie, who covered for him and told Cyrus he had a family emergency.

The innocence of their budding romance curdled when Tyler lashed out at Mackenzie, telling her he didn’t like her. Things got even worse for Tyler when his emotions boiled over, leading to his public reveal that he had vandalized the school, and he was sent to an alternative program as punishment. Upon his return to Liberty High a month after Bryce’s sexual assault trial, jock Monty (Timothy Granaderos) assaulted and sodomized Tyler in the school bathroom, and that horrific scene seemed to be the tipping point that led to Tyler’s decision to start a school shooting at a dance. 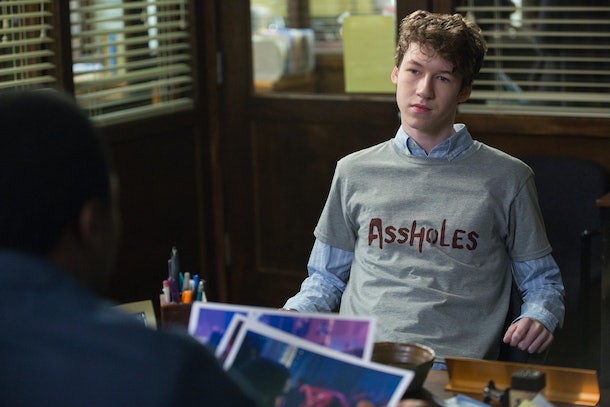 Tyler confided in Mackenzie about his plan to save her from any harm, but a concerned Mackenzie told Clay (Dylan Minnette) about his intentions. Clay managed to disarm Tyler, but as Tony (Christian Navarro) drove Tyler away from the scene, Season 2 ended with Clay holding Tyler’s gun on school property. But the Netflix synopsis for Season 3 seemingly points toward the kids getting away with this, reading:

The kids may band together to reel Tyler back in from his breaking point, but as the trailer shows, his past with guns isn’t helping his case in the investigation of Bryce’s death. Fans will have to wait and see if Tyler tries to improve himself and his intentions as this new development overtakes the school.