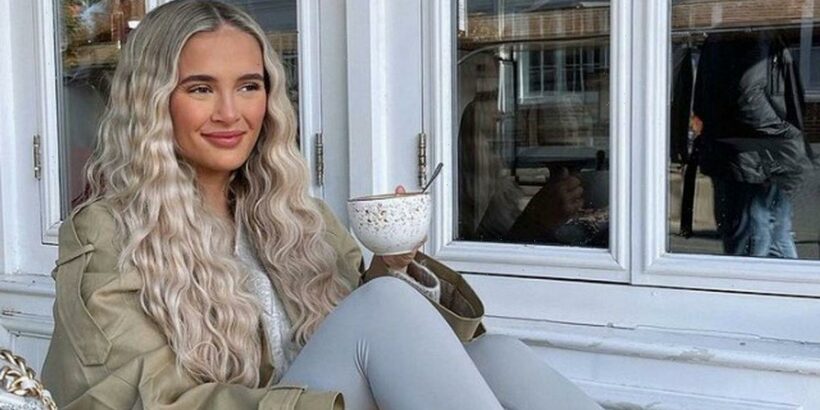 Earlier this weekMolly-Mae Hagueopened up about her pregnancy as she shared some images from a scan to Instagram.

Writing on the clip Molly, 23, says "hello little girly" and points out the "little nose and mouth", before discussing her pregnancy andrevealing that at times she’s unable to feel her baby move.

Showing some pictures of the scan, the fashion mogul wrote: "So I actually have an anterior placenta. I have been getting quite disheartened at how little I've been able to feel her move…

"Especially when I can feel her and Tommy can't when he touches my belly. So it's really reassuring to know it's because my placenta is literally a huge sponge between me and baby that's absorbing all her movement and preventing me from really feeling it."

The placenta is an organ that begins developing when the fertilised egg attaches to the uterine wall and is only present during pregnancy.

Those with an anterior placenta have one that appears at the front of the placenta and it is not normally a cause for concern.

However, it may make it more difficult for a woman to feel foetal movements or for a doctor to find the foetus' heartbeat.

People who are expecting can begin to feel their baby kick as early as 18 weeks and as late as 24 weeks.

For first-time parents and those with an anterior placenta, it often takes longer to recognize these movements

According toexperts, most of the time, having an anterior placenta will not affect labour and delivery at all.

However, some studies suggest that those with an anterior placenta may be at greater risk of back labour, which is intense back pain during childbirth.

Molly-Mae and Tommy, also 23, announced their pregnancy a few weeks ago and recently sheanswered fans' questions about whether it was planned.

Sitting down to film a pregnancy Q&A for her YouTube channel, Molly-Mae,who is expecting a little girl, explained that “the baby wasn’t specifically planned but she also wasn’t not planned.”

Having first met beau Tommy while on Love Island back in 2019, the star has been open about her battle with endometriosis and has even detailedhow the health condition impacted the couple’s sex life.

As a result of her diagnosis, Molly-Mae has now told fans that she’d not been on contraception for most of her relationship as she hadn’t found one that “worked” for her body.

“That’s just because with my endometriosis and other things, I never really found a contraception that worked for me – I tried a couple of different pills and, for me personally, I never found anything that quite agreed with my body.”