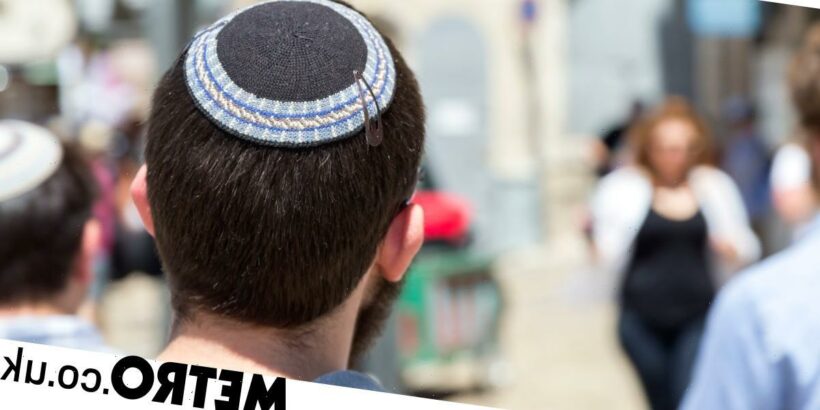 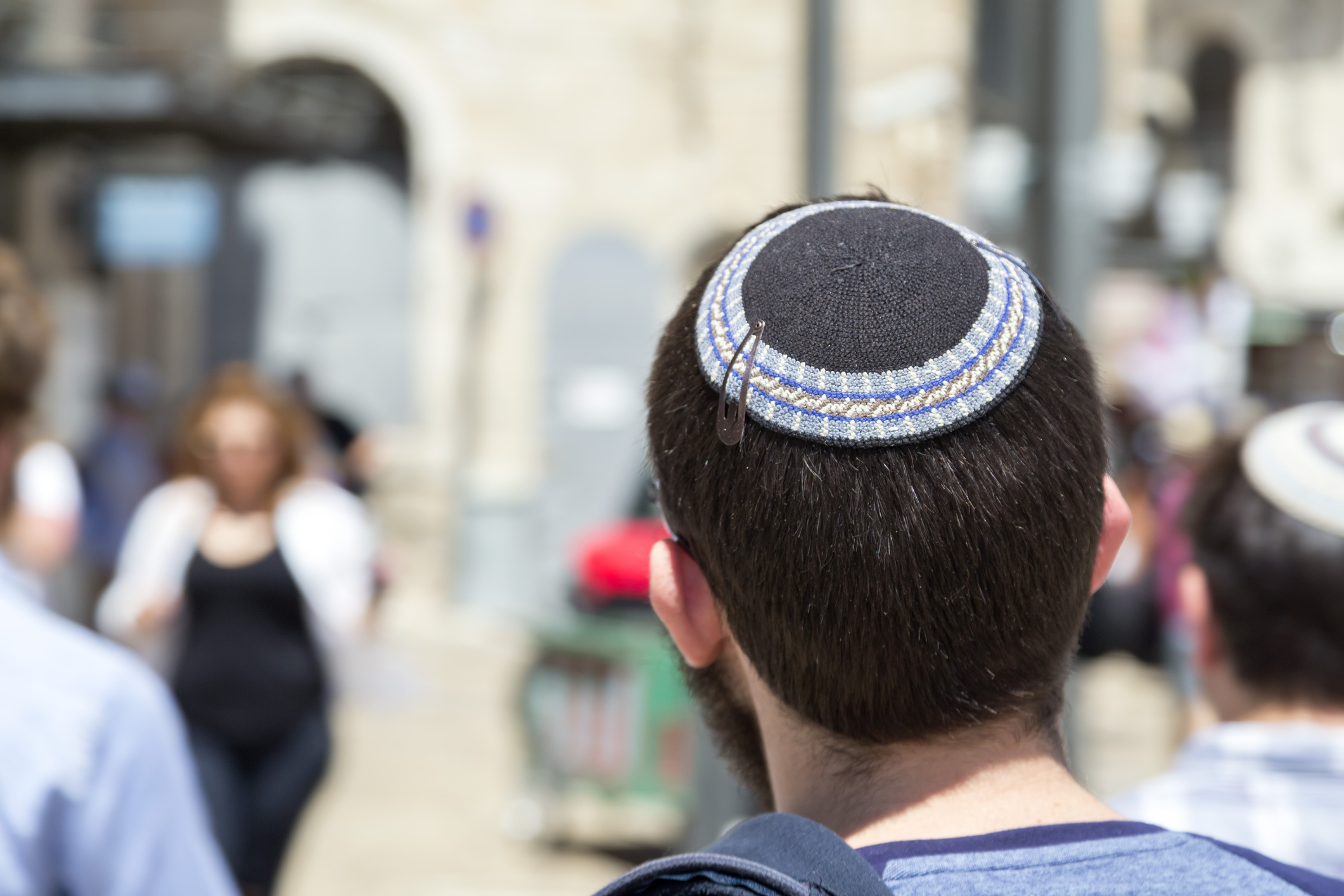 ‘Ah yes! I’m familiar with your Jewish community as I live in Stoke Newington!’

It’s a response I often get after I tell people I’m an Orthodox Jew.

I love that the person I’m speaking to generally has a very positive experience of living near the Jewish community, but it does highlight the often one-dimensional portrayal of Jewish people (think of stock images of Ultra-Orthodox Jews being used on articles not actually related to them specifically).

And so when I am faced with the Stoke Newington comment, out comes my now well-rehearsed riposte of:

‘Yes, your neighbours in Hackney are also Jewish, but they are Haredi (often translated, not 100% accurately, as “Ultra-Orthdox” Jews) and not all Jews – even all Orthodox Jews – look the same or practice their faith in the same way.’

Thankfully, when I reveal this information, it is always received with fascination, surprise, openness to discuss details of my faith, and eagerness.

In many cases, they’ve never been presented with this information before and about half the time I am the first Jewish person they’ve really spoken to.

There’s a huge spectrum of levels of observance of Jewish rituals, and different streams of Judaism that reflect this also – and I would like to think I fall somewhere in the middle.

My family are Jewish and are also ‘Modern-Orthodox’ like myself. I have pretty much stayed at a constant level of Jewish practice and have been strong in my faith throughout my life, but have always been in touch with modern society and part of modern culture, without veering off to extremes.

My Judaism is hard to describe.

It’s something that at once encompasses pretty much every facet of my life, from where I live and shop, to what I eat and what I do at the weekends, but is also something I wear quite lightly and try not to take too seriously.

I’m happy to be pretty self-deprecating and laugh at some of the minutiae of Jewish rituals that are extremely difficult to explain to non-Jews, like why we sit in a wooden hut outdoors and shake a palm branch on the festival of Sukkot, or eat radishes dipped in salt water at the Passover seder.

One of the focal points of any Jewish community is around Shabbat, the Jewish Sabbath, which takes place weekly from sundown on Friday night to nightfall on Saturday night.

As it happens, this weekend is ‘Shabbat UK’ where Jewish people across the country will be particularly focused on making it a special weekend for themselves and their communities.

Whereas on regular Shabbat we would be observing it as a family, communities put on large gatherings, dinners and lunches with guest speakers for Shabbat UK, so there will be more communal gathering than usual.

Also, my kids learnt a Hebrew song in school to the tune of the ‘cups’ song: it’s cute but the banging of the cups gets grating after the 1000th practice run.

During Shabbat I like to take a rest from the travails of the working week. I can’t work from sundown on Friday until nightfall on Saturday, so for example in the winter months I need to finish work early on Friday as the Sabbath will start at around 3:30 in London – my employers and my team members have always been incredibly understanding about this.

I have always made the time up throughout the week. Even when I was working on the Covid response during the pandemic I had to put down tools, switching my laptop back on as soon as Shabbat was over – it was true teamwork as I covered for non-Jewish colleagues over Christmas and Easter holidays.

On Shabbat I will spend time with family and friends as well as attending Synagogue for prayers on Friday night and Saturday morning.

Every Shabbat, we don’t use any technology or drive anywhere, which means we actually talk to each other’s faces and somehow manage to avoid doom-scrolling and cat videos for 25 hours.

I feel like this is incredibly healthy for me personally and allows me to truly disconnect from my work in the civil service.

A major challenge for me is not being able to watch or go to Arsenal matches on Saturdays – it gives you a real appreciation for Match of the Day on Saturday nights. As a kid I would often not know the score when watching.

Showing my children that it is possible to survive without a smartphone for one day a week is incredibly important, given how dependent we are on them the rest of the time. My kids are nine, seven and two – they’ve been brought up with it so it’s the norm, but I think they really appreciate all the attention they get over Shabbat as we play Shabbat-friendly games and discuss the past week.

We have a regular ‘highlight of the week’ segment of Friday night dinner, which even has its own theme tune! I think they really love being part of the conversation and being talked to like grown-ups and we eagerly listen to their responses. My seven-year-old does miss playing on our Nintendo Switch, but he just appreciates it even more on Sunday!

At synagogue on Shabbat, I usually take my two older kids early on and then my wife will follow up later with our two-year-old for the ‘Children’s Service’ where they sing songs for toddlers in a parent-toddler session. We then all join up for the Kiddush (kind of a brunch-style reception afterwards) at the end.

We pray and read from the holy Torah scroll, but we’ll also use the Kiddush to catch up with friends on their latest news, what their kids have been up to or who they’ve matched with on Tinder in the past week.

The service length can vary depending on if there’s a festive occasion or a celebration like a Bar Mitzvah in the Synagogue that week – ours is on average 9:30-11:30/12 on a Saturday morning.

It’s a great opportunity for face-to-face connection as well as for enjoying a cheeky single malt whisky at 11:30am on a Saturday (the no-driving thing can also be useful).

Being Jewish for me is in large part about community.

My wife and I moved to Mill Hill East in 2016 when there was no Synagogue in the close vicinity, so we and some other locals started a new Jewish community in the area, which is now thriving.

We started from scratch and now there are just under 300 adult members with about 150 kids.

I know I can rely on this network to celebrate with me in the good times – celebrating Jewish festivals together, weddings, birth of kids, celebrating fundraising for a new Torah scroll for the community – and to pick me up in bad times.

I’ve been lucky not to have too many of these, but I recently had a major shoulder operation and was inundated with offers to support me and the family with shopping and lifts for the kids when I couldn’t move or drive for a few weeks post the operation.

We also work with other faith communities in our area, such as on aiding homeless people, taking care of local green spaces, or more recently, taking in Ukrainian refugees. I have done the first two and we’ve helped our friends who are hosting Ukrainian refugees by getting them crockery and appliances for their home.

The beauty of this community was highlighted during the pandemic when the usual places for social connection were off limits. Our community delivered food and medicines to those who couldn’t leave their homes and did regular call-rounds to keep people talking and keep people’s spirits up. I delivered food (Challah bread for Shabbat) and medication from the chemists, to a new mother and an elderly couple.

When you think of Judaism, you can’t ignore the food – and lots of it!

Every Jewish festival or ritual will have some sort of customary food element, from matzo crackers on Passover to doughnuts on Chanukah and even cheesecake on the upcoming festival of Shavuot.

I live by the Jewish laws of kosher, which dictate what I can and can’t eat – pork and shellfish and many other non-kosher animal products are off the menu, but so are processed products with any derivatives of these that don’t come with a kosher certification.

Handily, in recent years this has been made much easier with the Is It Kosher? app which, as the name suggests, simply responds with YES or NO when you enter the name of a product. Non-Jewish friends and colleagues find this invaluable when buying me chocolate.

Being Jewish also has its challenges, the most obvious of which is antisemitism.

I am visibly Jewish in that I wear a Kippah (the Jewish skullcap) at all times, but aside from that I dress in pretty normal clothes (subjective, I know).

I haven’t encountered antisemitism directly as an adult (this may be because I’m 6ft 3 and my Kippah is less visible), but I was shouted at as a kid – this shook me but unfortunately I passed it off as normal and didn’t fight back at the time.

I remember when at my Jewish faith school growing up, my friends would be verbally abused on the bus or have things thrown at them, simply because we were identifiable as Jewish. I was once walking home as part of a group when I was about 12 or 13 and someone threw eggs out of a window at us.

Sadly, many people I know have endured this far more recently and regularly than should be the case in London in 2022, due to ignorance and to the perpetrators never having actually spoken to a Jewish person before.

And it makes me feel sad for those who have such a limited exposure to those different to themselves. I believe if they had a wider exposure, they would not act like this.

I am very open about my faith at work and am an active member of networks across faith and race boundaries.

My belief is that reaching out across ‘tribal lines’, being a member of other professional or social networks in the spirit of allyship, will break down the preconceptions or misinformation that are often the cause of racism such as antisemitism.

My faith as a Jew is multifaceted. I like to think of it in terms of concentric circles – outwards from my personal faith in the centre, to my family, friends and community, and the wider world.

I want to ensure I make an impact in all of these, as a Jew and as a human being – there are challenges to being Jewish, yes, but the joy and meaning my Judaism brings to my life outweighs these by a huge margin.

ShabbatUK is taking place this weekend across the country. For more information or to get involved visit www.shabbatuk.org or see Twitter or Facebook @shabbat_uk or Instagram @shabbat_uk_official