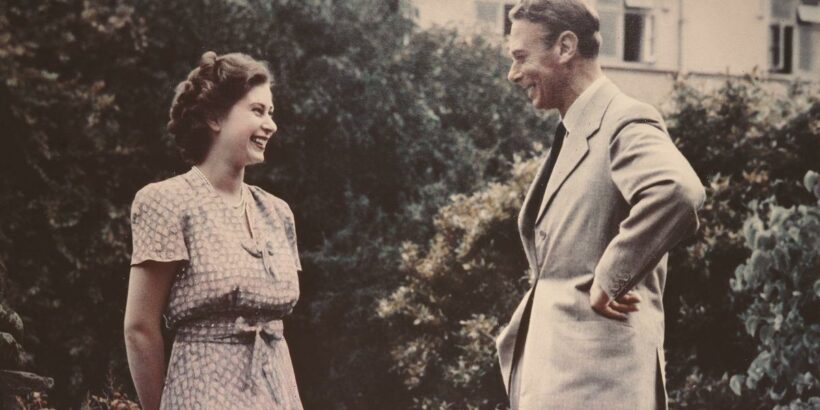 The Queen's Platinum Jubilee is believed to have a huge budget of between £10 million and £15 million, and it'll take place this year to celebrate her 70th year on the throne.

This is the first time in history that any monarch has been on the throne for that long.

When Queen Elizabeth gained her title at just 25 years old it was because her beloved father, King George VI, had died after a battle with lung cancer.

At the time, the Queen, now 95, was in Kenya on a Commonwealth tour, but her exact reaction upon hearing of her father's death has since been revealed by Prince Philip's cousin Lady Pamela Hicks, who witnessed it.

Lady Hicks was a very close friend from childhood and was a Lady in Waiting and travelled with the then Princess Elizabeth, whom she affectionately called 'Lillibet'.

Writing a first person piece for the Daily Mail's Weekend Magazine, the Queen's close friend Lady Pamela Hicks recalled the day the Queen was given the sad news by her husband Philip.

She wrote: "When the news was finally confirmed by the princess' private secretary, they went straight to tell Prince Philip, who lifted up his newspaper to cover his face in a gesture of despair saying, 'This will be such a blow'.

"He walked into the sitting room and asked his wife to come with him into the garden. I watched them on the lawn as they walked together slowly up and down.

"I know how much the princess loved her father and how much he adored her. When they returned I instinctively gave her a hug, but quickly remembering that she was now Queen I dropped into a deep curtsy.

"She remained calm and said simply, 'I am so sorry, this means we all have to go home.'"

Lady Pamela's daughter India Hicks also revealed to People: "That was so indicative of the Queen that she would have apologised for something like that. They all said, 'Don't be ridiculous.'"

The moment, steeped in sorrow, was also a historic one as Queen Elizabeth became the first sovereign to accede the throne while abroad in more than 200 years.

Lady Pamela also revealed the monarch's wishes to be called Elizabeth, bucking tradition as her father and uncle had chosen different names as they were crowned.

When asked by her private secretary Martin Charteris what she wished to be called, the Queen said: "Elizabeth, of course. It's my name."

The news of her father's death came as a shock to the Queen as Lady Pamela recalled: "We'd all imagined it would be at least 20 years before the princess would succeed him. It felt completely unreal out there in Kenya, that the princess should now be the Queen of the United Kingdom and head of the Commonwealth."

Lady Pamela added that it wasn't until they'd touched down in England that the weight of what had happened sunk in.

"When we landed in England and seeing Winston Churchill and others drawn up on the tarmac, there was this sudden realisation that this was the end of her private life," she explained.

Queen Elizabeth's coronation was held on June 2 1953, and she paid tribute to her late father in her speech.

"By the sudden death of my dear father I am called to assume the duties and responsibilities of sovereignty," she began.

Continuing: "My heart is too full for me to say more to you today other than I shall always work as my father did throughout his reign, to advance the happiness and prosperity of my peoples, spread as they are all the world over."

There are gun salutes held across the UK each year, to mark the historic occasion, which is also a very personal one for the monarch.

Editor-in-chief of Majesty magazine, Ingrid Seward, told The Sun in 2017: "The Prince of Wales and the rest of the family have never involved themselves in this anniversary.

"But they all respect the fact that the Queen likes to have this day to herself."

For all your royal news, sign up to OK!'s Royals newsletter here