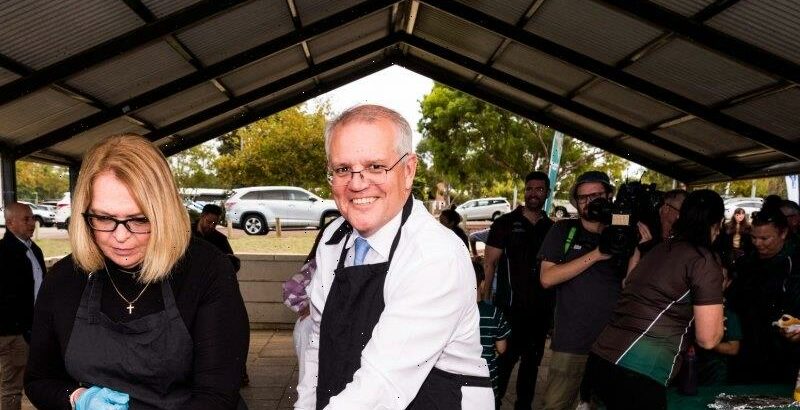 Housing affordability was also among the most fiercely debated policy areas, after both major parties released their plans to help first home buyers in the final fortnight of the campaign. 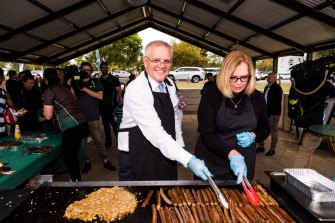 The rising cost of living came into sharp focus when the March inflation figures were released in week three of the campaign showing the biggest increase in consumer prices since 2000.

Dave H: “Yes we are facing headwinds and as usual those with the least resources are in the worst position. We need representatives with the vision and courage to give help where it is really needed to avoid people falling into poverty but also to work for better long-term outcomes.”

Sir Rex: “So basically… all of the important measures – non-discretionary purchases, electricity, housing to rent or buy, job security, wages etc. etc. – have call gone the wrong directions on the LNP’s watch…”

Mikey from the West: “No government can control the prices of housing, rentals, groceries, petrol etc as the market forces, supply chains and labour availability are in control.”

Buff: “As Morrison might have said: ‘Lettuce be clear on this issue, I don’t hold a pair of salad tongs mate’.”

Wilki13947: “When are either of the major political parties going to address the fact that the aged pension, the disability pension, the unemployed pension and the rental assistance payment are totally inadequate for today’s economy?”

In the final weeks of the campaign, both major parties revealed policies to help first home buyers enter the housing market. Central to Labor’s plan was for the government to contribute up to 40 per cent of the purchase price of a new home, while Prime Minister Scott Morrison announced first home buyers would be allowed to dip into their superannuation to buy a home.

On the Coalition’s plans…

Mike: “If this policy was a painting, it would have been painted by Monet. From a distance it looks great but when you get up close it’s a total mess. To access the 50k, you have to have about 120k in super. I’m a well-paid professional who studied into my mid 20s and my super balance didn’t get up around that balance until my late 30s. By which time I had saved the deposit for a house anyway, by virtue of my high income!”

Ghost of Hitch: “Once again the Prime Minister underestimates our young people. They will see through this act of desperation for what it is – an appalling policy that by design will push up house prices.”

barbara smith: “A brilliant idea, better than being tied up in the stock market for 40 years.”

zahn: “I’m self-employed and have NO super. Instead I invested surplus income into property. My money has performed WAY better than any super fund could dream of. Not a fan of Morrison at all but … this is not such a bad idea.”

Good Logic: “The plan has merit and is well targeted. The drawback is that it will tend to boost the price of houses further. An improvement would be to give a competitive advantage to first home buyers compared to investors so that house prices did not inflate further because of this action.”

Ax0r: “Terrible idea. This only increases the buying power of people trying to get into the market, which will increase demand and push prices up, not down.”

David: “It may tilt the playing field a little towards first home buyers, but at the same time it’s likely to make the long-term problem worse. Labor took better policies into the last election – better, because they actually addressed some of the root causes of housing inaffordability. Pity about LNP’s scare campaigns; more pity that they worked (not just on voters, but on Labor.”

Steve: “We need a bipartisan agreement to undertake major tax reform… eliminate the attractiveness of using multiple home ownership as an investment vehicle…”

Albanese found himself on the back foot early after failing to correctly answer a journalist’s question on the current unemployment rate. It sparked a series of potential ‘gotcha moments’. Meanwhile, in the final week, Morrison accidentally knocked over a student on the soccer field during a photo opportunity, only days after conceding he could be “a bit of a bulldozer”. Luca Fauvette, 7, was OK after the accident, telling the media the next day the Prime Minister “should have gotten a red card”.

The Whole Truth: “Unfortunately, this could be Albo’s equivalent to John Hewston’s ‘how much GST on a cake’ moment.”

Keith: “A mistake is a mistake. Ignorance is not a mistake, it’s laziness if you want to be PM. Especially if you had 3 years to study.”

dewpoint: “I’ll agree with John Howard on this one… So what? The ‘current unemployment’ rate is illusory. The trend is possibly of greater importance. File this one with the price of a litre of milk.”

CM: “I can’t understand how Albo and labor can’t communicate the sheer incompetence of the Morrison govt. but yet, here we are as Albo opens his mouth only to change feet.”

MrDooDah: “PRESS: Stop beating this up!!!!! It was NOT a shoulder charge nor was it a crash tackle, the PM simply tripped over and fell on top of the kid… Move on !!!!”

celestialteapot: “The kid and team were a good sport about it. It’ll be something funny and memorable for the kid to talk about when he’s older. What I’m more interested in is why politicians play sport with children in the first place (it seems to happen a lot), and why they do so wearing a suit and tie?”

OldScientist: “Hopefully he’ll get a red card on Saturday.”

Talk of a close contest come May 21 had some readers contemplating the prospect of a hung parliament and the role of so-called teal independents hoping to nab once-safe Liberal in several states.

Golfer’s lament: “Whether it’s a majority or minority Government, things get through Parliament when you can garner a majority of votes on the floor of Parliament irrespective of where they come from. The makeup of the Parliament will be determined by the electorate, not by the party which thinks it has some sort of divine ‘right to rule’.”

Sydney Guy: “I don’t think that politicians realise how much the voters would like to see them have to negotiate with one another in a hung parliament. Act like adults. For once.”

Brave New World: “Independents holding the balance only leads to chaos if the PM in question refuses to negotiate or deal with them. There have been plenty of minority governments in Australia’s history (NSW currently has one) and they tend to be very successful with the minor parties/independents moderating the more extreme positions of the government…”

Magpi: “These independents wish to represent the aspirations and concerns of their communities. The fact that so many are contesting Liberal Party held seats is a matter that the current government should reflect on…”

BOD: “It is not the Teals that threaten the LNP. It is the policy-free lurch to the right within the party and the cruise control setting in a time of significant challenges.”

I tried to be a tiger mum but my kids didn’t let me: “I am really tired of hearing LNP relics saying a vote for Teal is a vote for Labour. Fact is Teals are disaffected Liberals and, if the crunch came in a hung Parliament I am sure they would swing right. Except on climate. Except on ICAC. On everything else. Just as voting yellow is a vote for Barnaby/Scomo.”

Bridget84: “…As far as the Teals go, I find them to be totally disingenuous and arrogant. There story of who they are and why they’re running changes daily. The Teals have no detailed plan on achieving net Zero! They literally have no plan, and no detailed policies on renewables, it’s like the big elephant in the room that nobody seems to be noticing?…?

No candidate sparked as much discourse as Katherine Deves. The Liberal candidate for Warringah – selected by Morrison to run against independent MP Zali Steggall – and her (now deleted) tweets voicing controversial views on subjects such as transgender children made many headlines. 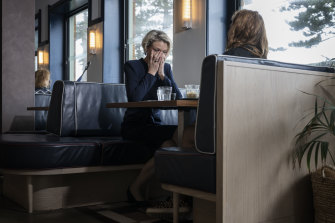 Warringah candidate Katherine Deves becomes emotional during an interview with the Herald.Credit:Louie Douvis

The Nozzle: “Imagine the dark moments that young people have when they read of Ms Deves’ comments…”

David Arthur: “I respect Katherine Deves’ right to speak her mind, it’s actually refreshing for some honest expression of opinion. That said, I also respect the Australian voters’ right to vote against her and the party that offers her as candidate.”